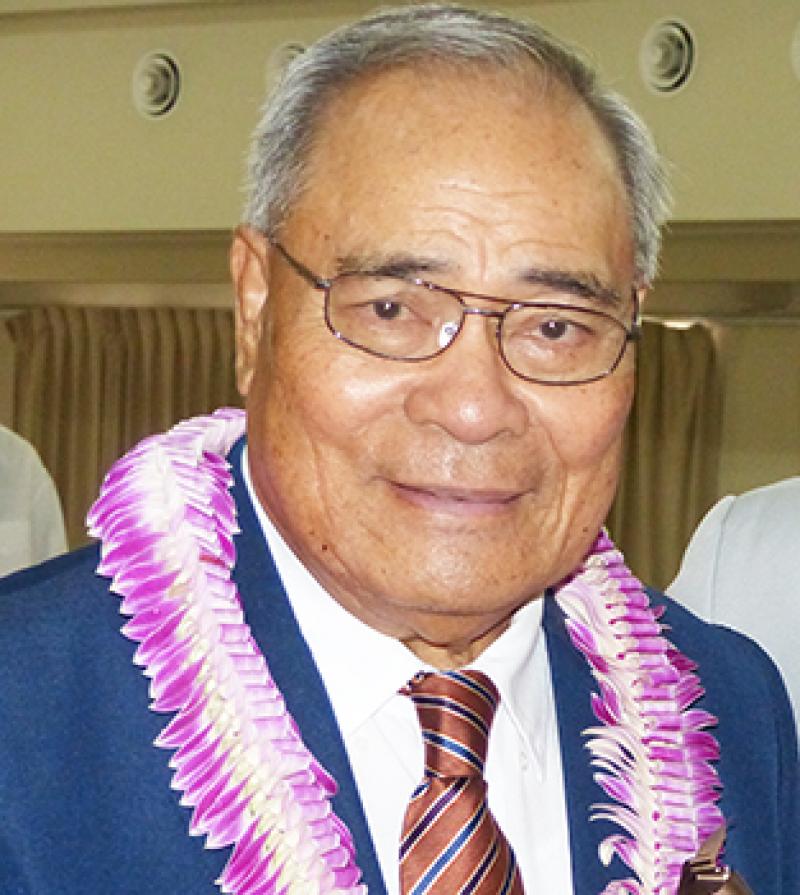 contact Governor Lolo Matalasi Moliga
Lolo Letalu Matalasi Moliga was sworn in as governor of America Samoa on January 3, 2013, and was sworn in for his second term on January 3, 2017. Moliga was born in Ta’u, Manu’a, American Samoa. He earned his bachelor’s degree in education from Chadron State College in Nebraska and master’s degree in public administration from San Diego State University. Moliga began his career as a teacher. He went on to become an elementary and secondary education administrator within the American Samoan Department of Education. Moliga also served as director of the American Samoa Government Budget Office, as well as American Samoa’s chief procurement officer for two terms. He was elected to the American Samoa House of Representatives for four terms and later became a senator, serving as senate president. He was appointed president of the Development Bank of American Samoa by Governor Togiola Tulafono and confirmed by the Senate.