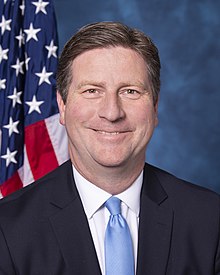 Contact Representative Greg Stanton
Gregory John Stanton is an American politician serving as the U.S. Representative for Arizona's 9th congressional district. A Democrat, he previously served for 6 years as the Mayor of Phoenix, Arizona. Born in Long Island, New York, Stanton was raised in Phoenix.

Throughout his career, Greg Stanton has worked tirelessly to deliver results for Arizona families. Serving as Phoenix mayor from 2012 to 2018, he focused on building an economy rooted in innovation and trade. Under his leadership, Phoenix created thousands of quality jobs and recently saw the highest wage growth in the nation.

Greg has earned a reputation for working across the aisle to get things done. His biggest accomplishments in Phoenix were passed with bipartisan support: the City’s investment in the biosciences and higher education, support for small businesses, and national recognition for leadership on LGBT equality. In 2015, Stanton won reelection and successfully led one of the most ambitious transportation initiatives in the country—a bipartisan, voter-backed plan to extend Phoenix’s light rail system, expand bus service, and improve thousands of miles of roadways over the next 35 years.

During his time in Congress, Stanton has focused on increasing trade opportunities in Arizona, planning for the state’s water future, and investing in public transportation and infrastructure. He has introduced bills to expand tourism in Arizona and add warning labels to addictive prescription opioids. His bill to extend protections for Supreme Court Justices was signed into law.

Stanton is a member of the Transportation & Infrastructure Committee and the Judiciary Committee.

Before his election as mayor, Greg served nine years on the Phoenix City Council and as Arizona’s Deputy Attorney General. He attended Marquette University on the Harry S. Truman Scholarship, and earned a law degree from the University of Michigan.

Greg and his wife Nicole have two children.