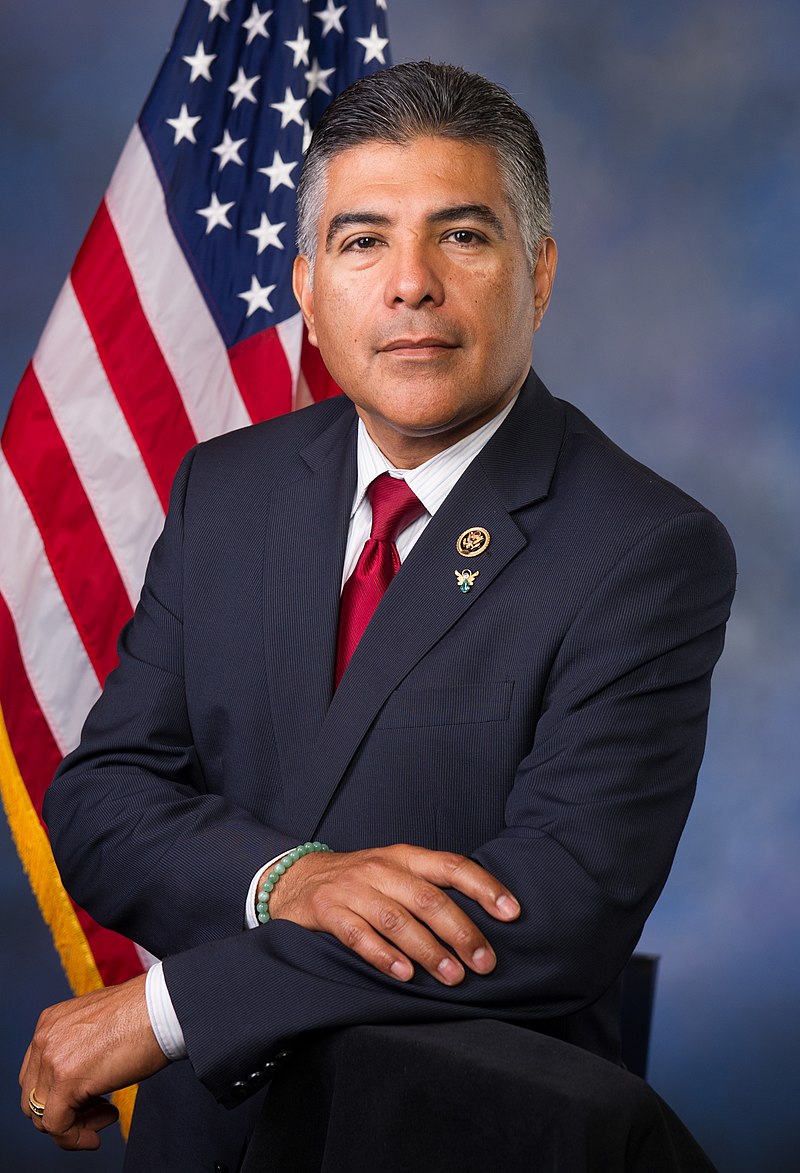 Contact Representative Tony Cárdenas
Antonio Cárdenas is an American politician who has served as the United States Representative for California's 29th congressional district since January 2013.

Rep. Cárdenas was first elected to the United States House of Representatives in 2013 for the 113th Congress (2013-2014) and has represented California’s 29th district since. Now in the 117th Congress (2021-2022), Rep. Cárdenas sits on the prestigious House Committee on Energy and Commerce, where he is fighting for hard-working American families. He has worked on and authored legislation to lower prescription drug prices, protect American consumers, combat climate change, and ensure that everyone has access to affordable, quality health care. The Committee on Energy and Commerce is the oldest of the “authorizing” committees in the House.

Rep. Cárdenas is committed to bringing awareness and change to the issues most important to the San Fernando Valley and its families. A passionate advocate for justice, Cárdenas’s work on common-sense gun safety, immigration reform, juvenile justice, and championing solutions that will make the U.S. economy even stronger has been recognized and praised both locally and nationally.

And when it comes to America’s youth, Rep. Cárdenas has been a steadfast champion. Cárdenas led the passage of the bipartisan At-Risk Youth Medicaid Protection Act, which he co-wrote with Virginia Republican Morgan Griffith. This law ensures that at-risk young people have much-needed health and mental care coverage when they reenter the community from juvenile detention centers. The resolution acted as an extension of his work within the bipartisan Crime Prevention and Youth Development Caucus, which he co-founded along with Rep. David Reichert of Washington during the 113th Congress. During the 113th Congress, Rep. Cárdenas also founded the bipartisan Congressional Student-Athlete Protection Caucus along with Rep. Charlie Dent of Pennsylvania, underscoring his dedication to fostering America’s youth through bipartisan support.

We all come from somewhere. It’s time we accept that the United States’s immigrant history is what makes the nation great. Let’s own it.

And when it comes to bringing solutions for a stronger economy and more jobs, Rep. Cárdenas launched the Connecting the Americas Caucus, along with Rep. Carlos Curbelo in 2015. The caucus focuses on strengthening relationships and business opportunities between the United States and Central and South American countries. Rep. Cárdenas is also a member of the Congressional Caucus on Armenian Issues; the Congressional Hispanic Caucus; the Congressional Veterans Jobs Caucus; the LGBT Equality Caucus; and the Small Business Caucus, amongst many others.

Before representing California’s 29th district in Congress, Rep. Cárdenas was first elected to the California State Assembly in 1996. He went on to serve three terms in the assembly and was later elected to the Los Angeles City Council, in 2003. An engineering degree and a business background prepared him for the day-to-day duties of an elected official, while his experience allowed him to find practical and realistic solutions to difficult problems. Cárdenas earned his engineering degree from the University of California, Santa Barbara. Born in Pacoima, Rep. Cárdenas was raised with ten brothers and sisters and still resides in the San Fernando Valley with his wife, Norma, and their children.

Having served more than 20 years in public office, Rep. Tony Cárdenas made history when he became the first Latino elected to represent the San Fernando Valley in the United States Congress. That very passion and love for the Valley that drove him to run for office 25 years ago fuel his work in Washington today.