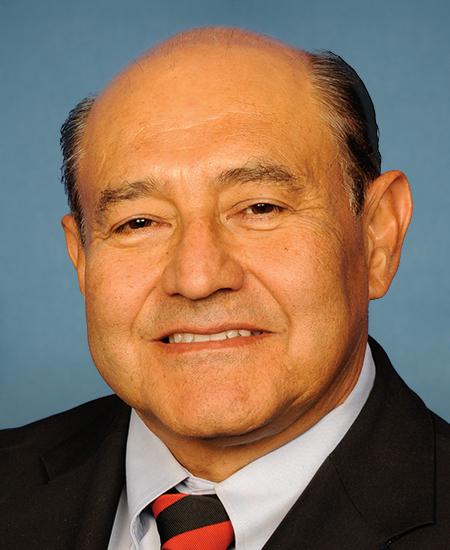 ongressman Lou Correa is a longtime Orange County resident, with deep local roots. To this day, he lives only three miles from his childhood neighborhood in Anaheim. He is the son of working-class parents whose hard work gave him a chance at success. Lou has spent his career fighting to protect the American Dream, and ensure anyone can reach the middle class, just as he did.

When Lou was young, his mother cleaned hotel rooms across from Disneyland, and his father held a manufacturing job at a paper mill. Through hard work, Lou’s parents gave him access to better education than they had, and a path to the middle class.

Lou credits his success to his education and the Anaheim public school system where he attended Benjamin Franklin Elementary, Fremont Junior High, and Anaheim High School. Lou graduated from California State University, Fullerton with a degree in Economics. Always striving for more, Lou returned to college and earned his Juris Doctor (JD), and Master in Business Administration (MBA) from the University of California, Los Angeles (UCLA).

After college, Lou used his education to become a banker, attorney, and licensed real estate broker. His time in the private sector prepared him to compromise and find real solutions to everyday problems.

In 1996, Lou ran for the California State Assembly. Lou lost that election, but he returned in 1998 and won, becoming a voice for the middle class families in Orange County.

In 2016, Lou was elected to the U.S. House Of Representatives to continue his work by representing the community he has spent the past 20 years serving.

Congressman Correa has worked to support public health and safety services, mental health care, and health and safety programs for children. He has championed affordable higher education and taxpayer equity while protecting taxpayers by fighting “waste, fraud, and abuse.” Since entering office, Congressman Correa has introduced legislation to protect the legal rights of immigrants, care for veterans, and fight against the wasteful spending of taxpayer money.

Lou lives in Santa Ana with his wife of 27 years, Esther Correa, and their four children. Lou is a member of Christ Cathedral Catholic Church.