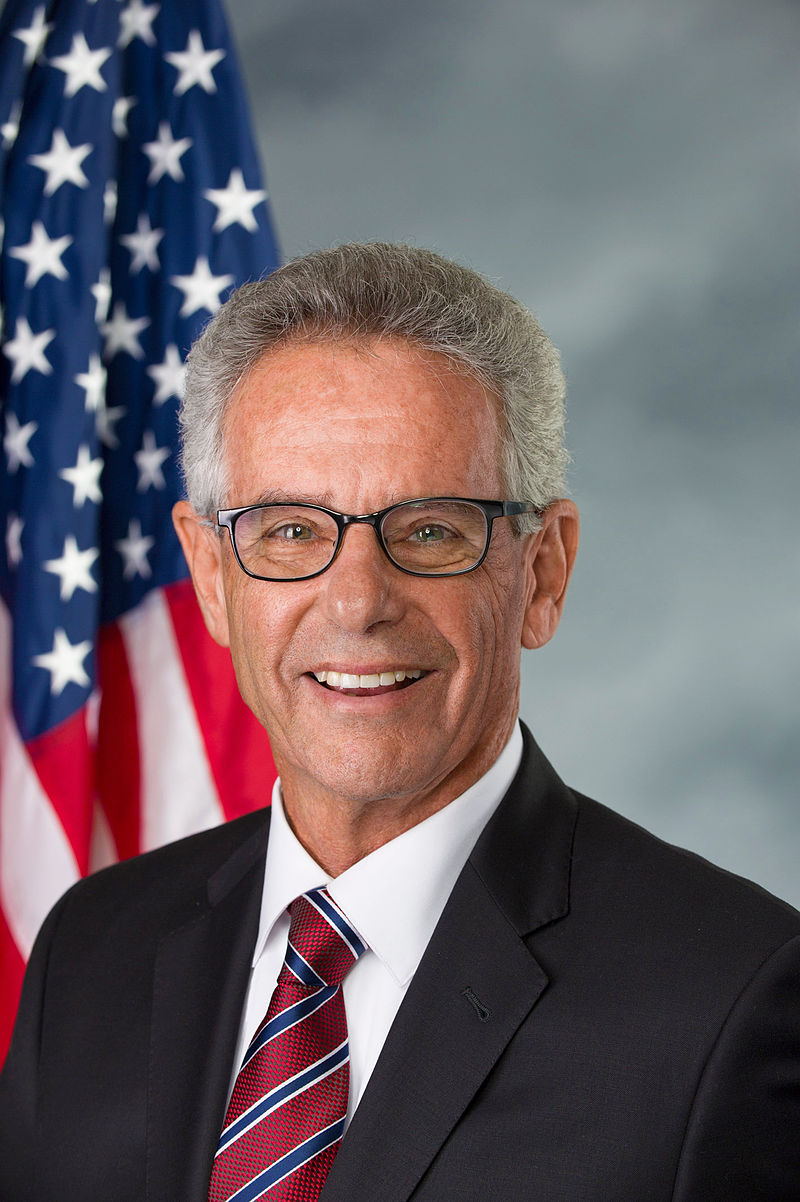 Contact Representative Alan S. Lowenthal
Alan Stuart Lowenthal is an American politician who has been the United States Representative for California's 47th congressional district since 2013.

Congressman Alan Lowenthal is serving his fourth term in the U.S. House of Representatives representing California’s 47th District, which encompasses portions of eastern Los Angeles County and western Orange County. He was first elected in 2012 and reelected in 2014, 2016, 2018, and 2020.

Congressman Lowenthal standing on the steps of the US Capitol buildingPrior to joining Congress, he served a two-decade tenure as, first, a Long Beach, California city council member, then, as a California legislator. In Washington, D.C., Congressman Lowenthal has continued his dedication to common-sense bipartisan solutions that earned him a reputation among his colleagues and constituents as one of the most respected and effective legislators in both Long Beach and Sacramento.

Born March 8, 1941, Congressman Alan Lowenthal was raised in the Queens Borough of New York City. After earning his Bachelor’s Degree from Hobart and William Smith Colleges and his Ph.D. from Ohio State University, he moved to Long Beach, California in 1969 where he taught Community Psychology at California State University, Long Beach until 1998.

Congressman Lowenthal successfully ran for Long Beach City Council in 1992, where he served for six years. He then continued his leadership in Sacramento, first serving three terms as a State Assembly member, then two terms as a State Senator.

As a city council member, and then as a state legislator, the Congressman fought against the then-commonplace private and public sector belief that environmental protections and economic success at the ports of Long Beach and Los Angeles were mutually exclusive. His landmark environmental legislative efforts helped lead the two adjacent ports toward becoming the cleanest and greenest ports in the world, while also remaining the busiest and most successful container port complex in the Western Hemisphere. The green business model advocated by the Congressman and instituted by the two ports has become a role model for ports throughout the world.

While a State Assembly member, and as a founding member of the Assembly’s Bipartisan Caucus, he paved the way for creation of California’s first ever independent Citizens Redistricting Commission, which took the power of redistricting out of the hands of politicians and gave it back to the people. In addition, the Congressman led legislative efforts to revamp the state’s K-12 and higher education systems. He championed the College Promise Partnership Act to help K-12 students better transition to college. The passage of his Student Success Act also helped higher education students by introducing significant reforms to the state community college system that focused on increasing graduation and transfer rates.

In Congress, he serves on both the House Natural Resources Committee (HNRC) and the House Transportation and Infrastructure Committee (T&I). He is the Chair of the HNRC’s Energy and Mineral Resources subcommittee. He also serves on the HNRC’s National Parks, Forests, and Public Lands and the Water, Oceans, and Wildlife subcommittees. As a member of the T&I Committee, he serves on the Highways and Transit, the Water Resources and Environment, the Coast Guard and Maritime Transportation, and the Railroads, Pipelines, and Hazardous Materials subcommittees.

Representing one of the most ethnically diverse districts in the nation, Congressman Lowenthal has championed human rights in Congress, not just at home, but throughout the world. He has also brought his strong support for LGBT rights to Washington, where he became the first Congress member to permanently fly the Pride flag outside his office. In addition, he has continued his long history of fighting for environmental protections, with a new mission to bring the issue of climate change to the front in Congress as chair of the more than 60-member Safe Climate Caucus.