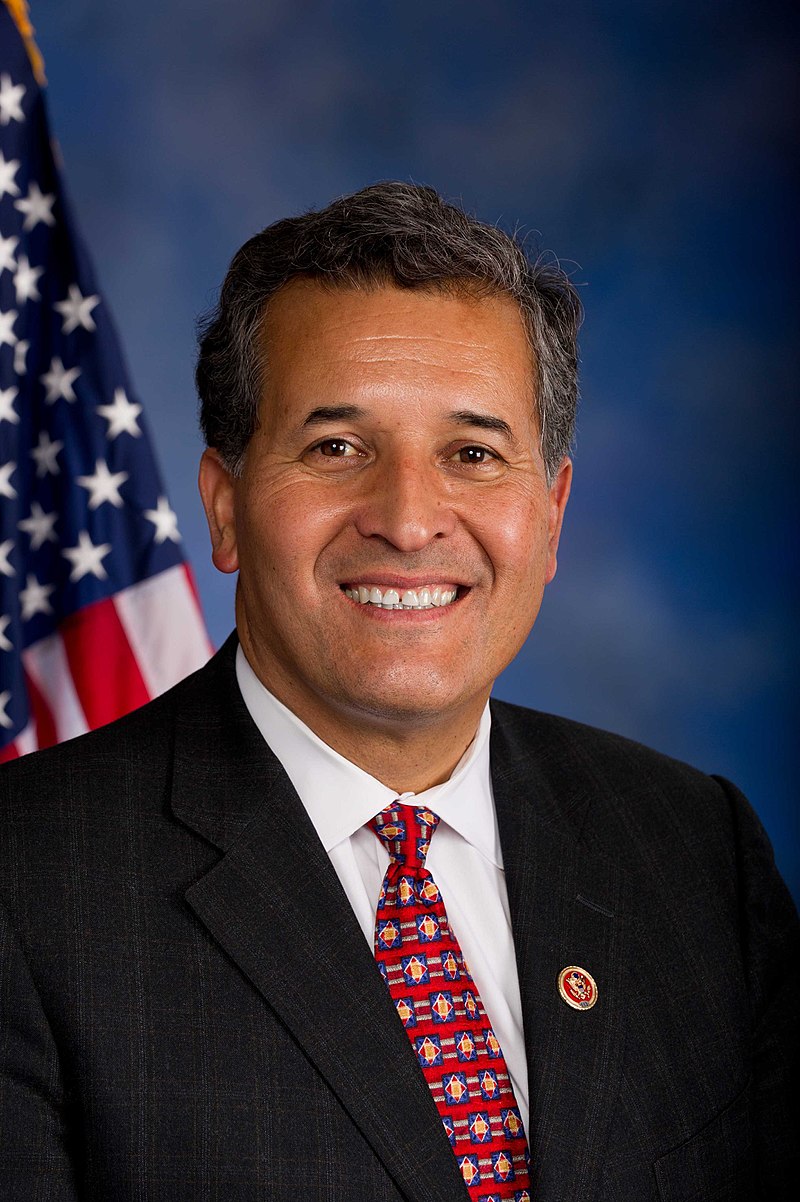 Congressman Juan Vargas was raised on a chicken ranch in National City, in California’s 51st District. He is one of ten children, born to his parents, Tomas and Celina Vargas on March 7, 1961. His father, Tomas, immigrated to the United States from Mexico in the late 1940s as part of the Bracero Program which brought millions of Mexican guest workers to the United States on short-term, primarily agricultural labor contracts, as part of a series of bi-lateral agreements between Mexico and the United States. Through the Bracero Program, Tomas became a legal resident and Juan’s mother, Celina, went on to earn her U.S. Citizenship.

As a young adult, Juan entered the Jesuits, a Catholic religious order, where he worked with disadvantaged communities, including orphaned children and internally displaced people in the jungles of El Salvador. For years, his work with the Jesuits focused on the health and welfare of children and issues of social justice.

Juan left the Jesuits in order to pursue family life. Two years later, he married Adrienne D’Ascoli and they returned to San Diego where Juan worked as an attorney with the law firm of Luce, Forward, Hamilton and Scripps. Although he enjoyed the practice of law, Juan decided to contribute to his community as a public official.

Juan was elected to the San Diego City Council in 1993. On the Council, he assumed a leadership role in planning, funding, and advocating for public safety, municipal infrastructure and schools. During his eight-year tenure on the San Diego City Council Juan helped establish community-based policing, which has become a national model, fought tobacco advertising directed at children, and helped create the City of San Diego’ s 6-to-6 after-school program. He also sponsored a graffiti and home rehabilitation program, known as Operation Restore, which employed homeless individuals in an effort to improve and revitalize blighted homes and neighborhoods in San Diego’s urban core.

When President Bill Clinton ordered an invasion of Kosovo in 1999 to end a terrifying regime of “ethnic cleansing,” Juan and Adrienne answered the President’s call and took in a refugee Kosovar family into their home for nearly two years. The family is now thriving and independent, residing in the city of El Cajon.

In 2000, Juan was elected by a wide margin to the California State Assembly. As the State Representative to the 79th Assembly District, Juan represented the southern portion of San Diego, the western portion of Chula Vista, and the cities of Coronado, Imperial Beach, and National City. In his first year as a State Legislator, Juan was appointed Assistant Majority Leader.

Following the end of his term the State Assembly in 2006, Juan went on to serve as Vice President of External Affairs for Safeco Insurance and Vice President of Corporate Legal for Liberty Mutual Group. Both are home, auto, and small business insurance companies and, under these roles, he helped bring jobs to Southern California communities.

As a State Senator, Juan worked tirelessly to ensure public safety and protect services to the poor and elderly. He was Chairman of the Banking and Financial Institutions Committee and served on the following committees: Education; Business, Professions and Economic Development; Public Employment and Retirement; Agriculture; the Joint Committee on Rules; and the Select Committee on Recovery, Reform and Re-Alignment.

Juan was first elected to the United States Congress in 2012 with over 70 percent of the vote, the highest in both San Diego and Imperial counties. He represents California’s 51st Congressional District which includes portions of San Diego County, all of Imperial County, and the entire U.S. - Mexico Border in California.

Juan lives in San Diego with his wife Adrienne, Vice President for University Relations and Development at San Diego State University, and his daughters, Rosa and Helena.