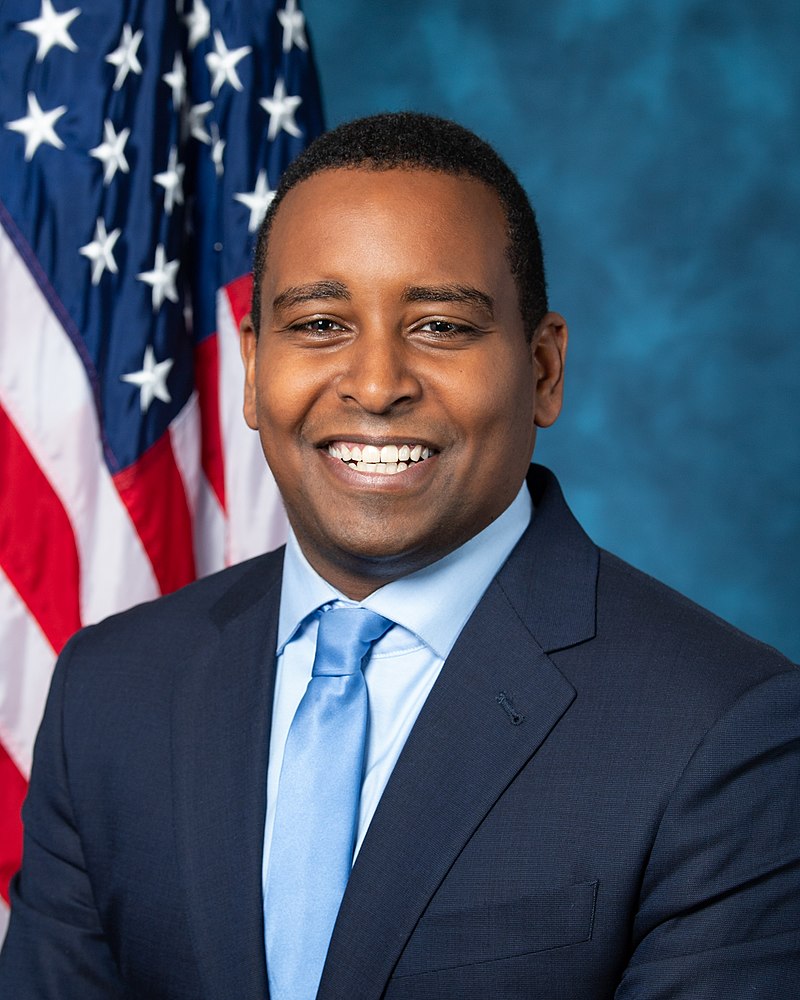 Contact Representative Joe Neguse
Joseph D. Neguse is an American politician serving as the U.S. Representative for Colorado's 2nd congressional district since 2019. A member of the Democratic Party, he previously was a Regent of the University of Colorado from 2008 to 2015.

Congressman Joe Neguse represents Colorado’s 2nd District in the U.S. House of Representatives. He was elected to his first term in November 2018, becoming the first African-American member of Congress in Colorado history. He serves as a member of the House Judiciary Committee, the House Natural Resources Committee and the House Select Committee on the Climate Crisis. Additionally, he serves as Chair of the Subcommittee on National Parks, Forests and Public Lands and Vice Chair of the Subcommittee on Immigration and Citizenship.

Rep. Neguse was elected by his colleagues to serve as a member of House Democratic Leadership in the 117th Congress, as Co-Chair of the Democratic Policy and Communications Committee (DPCC). In his first term, Rep. Neguse served as Co-Freshman Representative to Leadership, representing first term members at the leadership table. He also serves as one of the Congressional Progressive Caucus Vice Chairs. In 2020, he was recognized as the most bipartisan member of Colorado’s congressional delegation by the McCourt School of Public Policy at Georgetown University, and received the “Spirit of Service” award from the Town Hall Project for his successful Service Town Hall initiative. During his first term in Congress, he introduced more legislation than any freshman lawmaker in the country, and has had more legislation signed into law by the President than any member of Colorado’s congressional delegation. The Center for Effective Lawmaking recently ranked Congressman Neguse among the top 10 most effective lawmakers in Congress, including as the most effective for legislation on public lands.

Before his election, Rep. Neguse served in the Governor of Colorado’s Cabinet as the Executive Director of Colorado’s consumer protection agency. As one of the youngest people to serve as a state-Cabinet secretary at age 31, he achieved key victories, including the recovery of millions of dollars for consumers, investigations culminating in significant financial-fraud cases, the championing of legislation to combat financial fraud against seniors, and the launch of the state’s first online filing system for civil rights discrimination complaints.

Previously Rep. Neguse was elected to represent Colorado’s 2nd District on the University of Colorado Board of Regents, where he served a six-year term fighting to make higher education more affordable and accessible and building consensus on tough issues, including efforts to lower student health insurance costs, increase wages for the University’s lowest paid workers and make voter registration more accessible to students. He also worked in the Colorado House of Representatives, as a Commissioner at Boulder Housing Partners and co-founded New Era Colorado, the state’s largest youth voter registration and mobilization non-profit. He received his B.S. in Political Science and Economics from the University of Colorado-Boulder, where he graduated summa cum laude, and received his J.D. from the University of Colorado School of Law.

Over 40 years ago, Rep. Neguse’s parents immigrated to the United States from Eritrea. As hardworking immigrants and naturalized citizens, they never forgot nor took for granted the freedom and opportunities the United States gave them and their children. Their experience motivated Rep. Neguse to be an active participant in our democracy at an early age, and to give back through public service. Rep. Neguse’s public service is rooted in his firm belief that we should be expanding—not restricting—opportunities for all Americans, and he has spent his career doing the same. His priorities in Congress include lowering health care costs and prescription drug prices, raising workers’ wages, ensuring greater accountability in government, protecting our treasured public lands, and fighting the existential threat of climate change.

Rep. Neguse and his wife Andrea live in Lafayette, where they are raising their young daughter, Natalie.