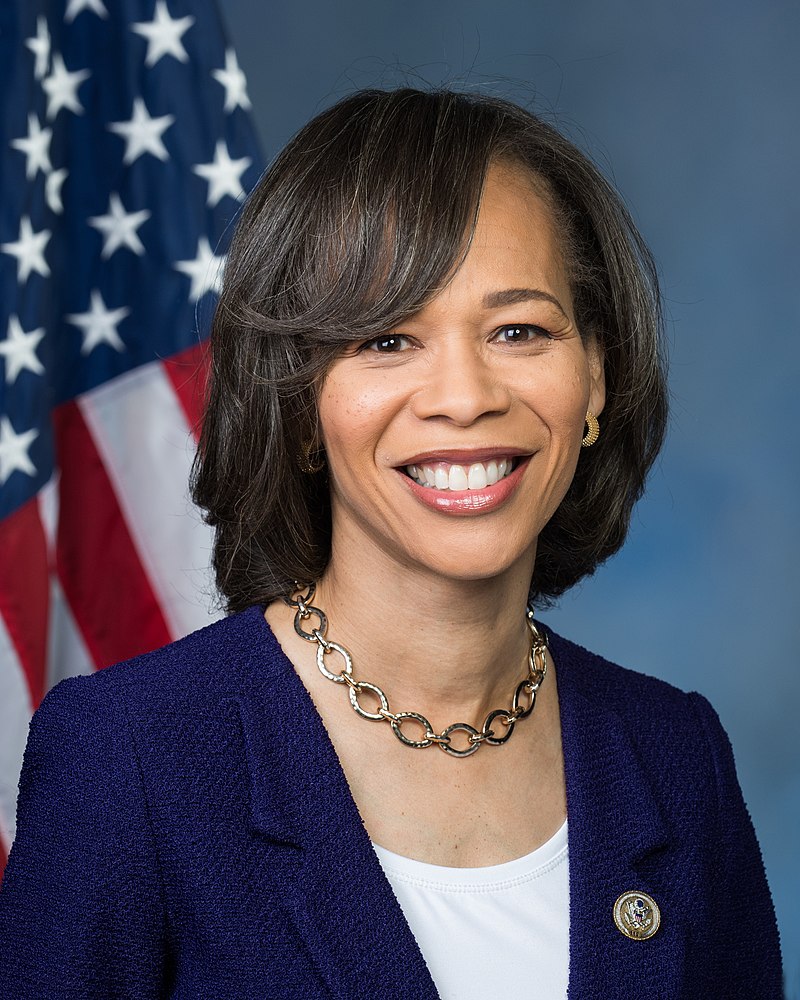 Congresswoman Lisa Blunt Rochester represents Delaware in the U.S. House of Representatives and serves as an Assistant Whip for House Leadership. Lisa sits on the House Committee on Energy and Commerce. The committee has broad jurisdiction over health care, the environment, commerce and trade, energy policy, telecommunications, manufacturing, and consumer protection. As the Energy and Commerce Committee’s only former statewide health official, Lisa understands health care from a number of different perspectives – as an implementer at the Delaware Department of Health and Social Services, negotiator while serving as State Personnel Director, and advocate as CEO of the Metropolitan Wilmington Urban League. Lisa is focused on reducing the cost of health care and prescription drugs for middle-class families, addressing the disparity in outcomes for communities of color, and tackling our nation’s opioid and addiction epidemic. She serves as a Member of the Bipartisan Heroin Task Force, comprised of more than 100 members united with the common goal of tackling opioid addiction.

Lisa is a leading voice in Congress on economic and future of work-related issues. As former Secretary of Labor and State Personnel Director, Lisa leverages her professional experience to advocate for legislation that boosts start-up business growth, removes barriers for citizens re-entering society, and addresses college affordability and ballooning student debt. She is a Co-Chair of the New Democrat Coalition’s Future of Work Task Force and serves as the sole Member of Congress on the Aspen Institute’s National Advisory Council for the Future of Work Initiative. She is also the founder of the Congressional Future of Work Caucus.

In the 115th Congress, Lisa was a member of the House Committee on Agriculture – the first Delawarean to serve on the committee in over 120 years. In this role, she helped craft the 2018 Farm Bill, which is a five-year re-authorization that extends U.S. Department of Agriculture programs related to the farm safety net; nutrition programs that feed children, seniors, people with disabilities, and families who rely on the social support programs; land-grant and 1890 universities; and agriculture research.

As a member of the Congressional Progressive Caucus and a strong proponent of reforming our criminal justice system, Lisa introduced first-in-the-nation legislation, the Clean Slate Act, sealing the federal records of former nonviolent offenders that remain crime-free and have earned a second chance. This bill would provide new opportunities for Americans to earn a good-paying job, pursue education and training, and rent or own a home. According to estimates by the Center for American Progress, the passage of the Clean Slate Act could boost the U.S. economy by as much as $87 billion per year.

Traveling up and down the state, Lisa is an advocate for the needs of every community, which informs her work in Washington. Having met with homeowners in the South Shore Marina development in North Bethany Beach, she learned of an error in the U.S. Fish and Wildlife Service’s coastal mapping unit for the town – preventing homeowners from taking advantage of the National Flood Insurance Program and FEMA aid in the event of a disaster. Turning their concerns into action, Lisa reached across the aisle to work with Democrats and Republicans across the country with similarly affected mapping units and introduced the Strengthening Coastal Communities Act. She worked with allies in Delaware and Washington to help usher this critical piece of legislation into law – aiding homeowners and setting aside hundreds of acres for environmental protection.

With deep roots in the First State, Lisa grew up in Wilmington, graduated from Padua Academy, and worked her first job at the McDonald’s on Market Street. She graduated from Fairleigh Dickinson University with a degree in International Relations and put herself through graduate school as a working mom – earning a master’s degree in Urban Affairs and Public Policy from the University of Delaware.

Lisa began her distinguished career in public service as an intern and later Caseworker in a congressional office where she helped Delawareans with their Social Security benefits, disability insurance claims, IRS disputes, and housing needs. Lisa would go on to serve in the cabinets of two Delaware governors and as CEO of the Metropolitan Wilmington Urban League – an action-oriented, public policy research think-tank.

Lisa also served as the Senior Executive Leadership and Systems Manager for the Institute for Community Inclusion at the University of Massachusetts Boston where she advocated for people with disabilities in their struggle for equal opportunity and civil rights. During this time, Lisa helped expand the Institute’s global footprint and advised state agencies and employers. In part due to Lisa’s work, she helped build the Institute into a fully-fledged college at the university, the School for Global Inclusion and Social Development — focused on the inclusion of all people.

Lisa currently resides in Wilmington, Delaware near her adult-aged children, Alex and Alyssa, as well as her daughter-in-law, Ebony.