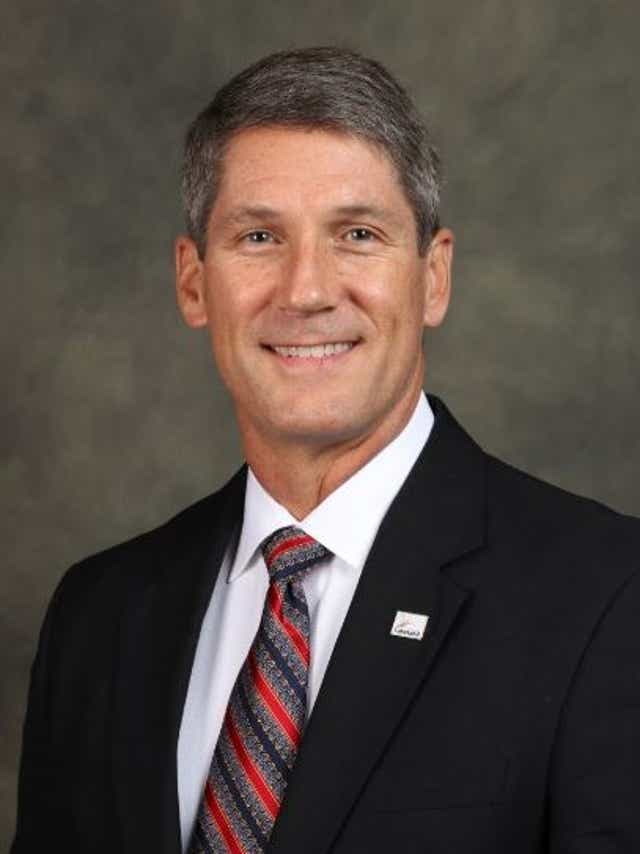 Congressman Scott Franklin serves the citizens of Florida’s 15th Congressional District. He is a 20-year veteran in insurance and risk management, having led Lanier Upshaw in Lakeland, FL as President & CEO for 20 years before merging into BKS Partners on January 1, 2020, where he served as Managing Partner. He was elected to Congress in November, 2020 and was sworn in on January 3, 2021.

Scott’s first career was as a Naval Aviator, where he flew jets from the decks of 13 aircraft carriers during 26 years of service, including 14 years on active duty, followed by 12 years in the reserves. He had numerous deployments to the Mediterranean, Persian Gulf, and North Atlantic, and saw combat operations in the Gulf, Bosnia and Kosovo. He was recalled to active duty twice after 9/11 with U.S. Central Command.

Scott has served in leadership capacities with many community and civic organizations, including chairman of the Florida chapter of Young Presidents Organization (YPO), Lakeland Economic Development Council, Lakeland Rotary Club, and director for the Lakeland Chamber of Commerce, Sun ‘n Fun Fly-In, the Aerospace Center for Excellence, Lakeland Downtown Development Authority, Lakeland International Airport Advisory Board, Central Florida Speech & Hearing Center and the Barney Barnett School of Business and Free Enterprise at Florida Southern College. He is a graduate of Leadership Florida, Leadership Lakeland, Leadership Polk and the Tampa Bay Partnership’s CEO Direct program. Scott served as a Lakeland City Commissioner and Mayor Pro Tem prior to running for Congress.

He is a 1986 graduate of the United States Naval Academy and holds an MBA from Embry-Riddle Aeronautical University. Scott is also a graduate of the Air Command & Staff College and Wharton’s Executive Leadership Development Program.

He and his wife, Amy, have been married 32 years and have three adult children.