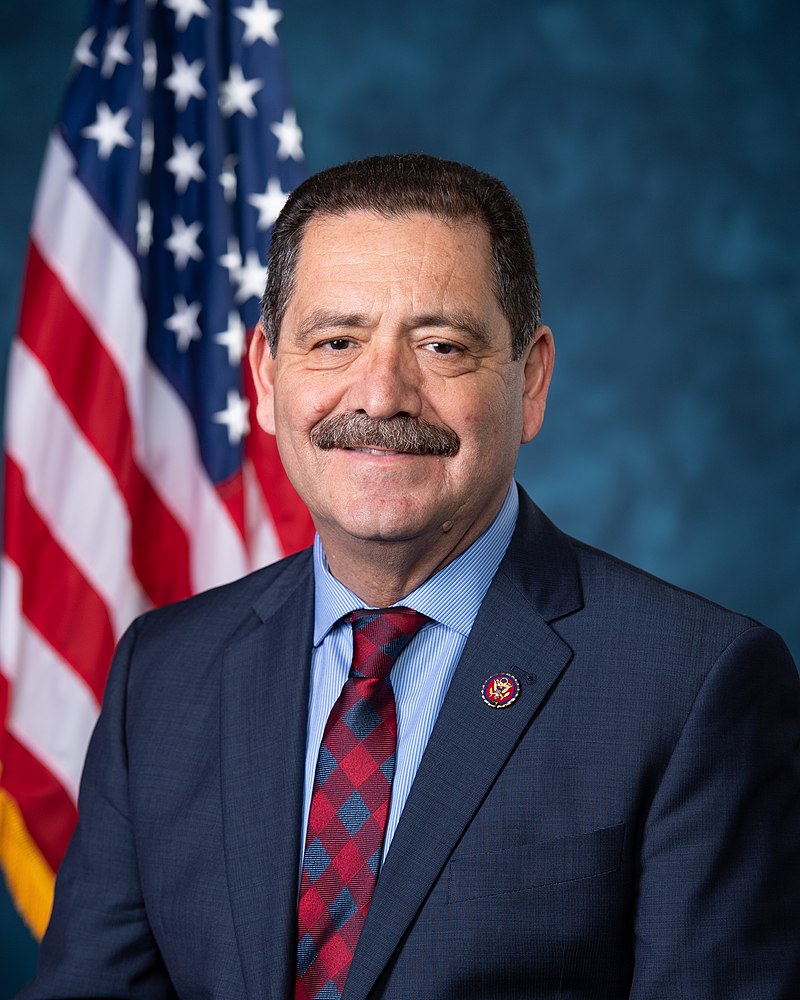 Contact Representative Jesus G. Chuy Garcia
Jesús G. Chuy García is an American politician serving as the U.S. Representative for Illinois's 4th district since 2019. A member of the Democratic Party, he served on the Cook County Board of Commissioners, Illinois Senate, as well as Chicago City Council before his election to Congress.

U.S. Representative Jesús G. “Chuy” García proudly represents the Fourth Congressional District of Illinois. He was sworn into office on January 3, 2019, during the 116th Congress.

Throughout his career, Congressman García has been a progressive voice fighting to improve the lives of his working-class neighbors, many of whom are immigrants like him. He is a coalition builder committed to empowering youth and expanding access to quality education, affordable housing, and economic opportunity.

Congressman García was born in Los Pinos, a small village in the Mexican state of Durango. He is the youngest of four children raised by his mother while his father worked in the United States, first under the WWII-era bracero program and later at a cold-storage plant in Chicago. In 1965, Congressman García and his family immigrated to the United States with permanent resident status. He still remembers his first American meal: a bologna sandwich from a roadside diner in Texas.

Prior to his election to Congress in November of 2018, Congressman García was a member of the Cook County Board of Commissioners. As Commissioner, he opposed housing discrimination against disadvantaged communities, raised the minimum wage, and mandated that County employees have access to paid sick leave. He also passed an ordinance ending Cook County’s cooperation with the Immigration and Customs Enforcement Agency (ICE). The measure was the first of its kind in the nation and set an example followed by more than 250 localities.

Congressman García began organizing for workers’ rights and more inclusive city services during his college years at University of Illinois in Chicago (UIC). He first entered political life in 1984, when he was elected Committeeman of the Cook County Democratic Party. He quickly earned recognition as a coalition builder between Chicago’s Latino and African American communities.

Soon afterward, Congressman García was elected to represent Chicago’s 22nd Ward on the City Council. During his time as Alderman, Congressman García prevented non-attorney immigration practitioners from levying unreasonable fees. In 1986, he became the Chairman for the Council’s Committee on Aviation, where he helped implement the Automated Guideway Transit (ATG) at O’Hare International Airport.

In 2015, Congressman García became the first Chicago mayoral candidate to push a sitting mayor into a run-off.

Congressman García still lives in the Little Village neighborhood of Chicago with his beloved wife Evelyn and has three adult children.