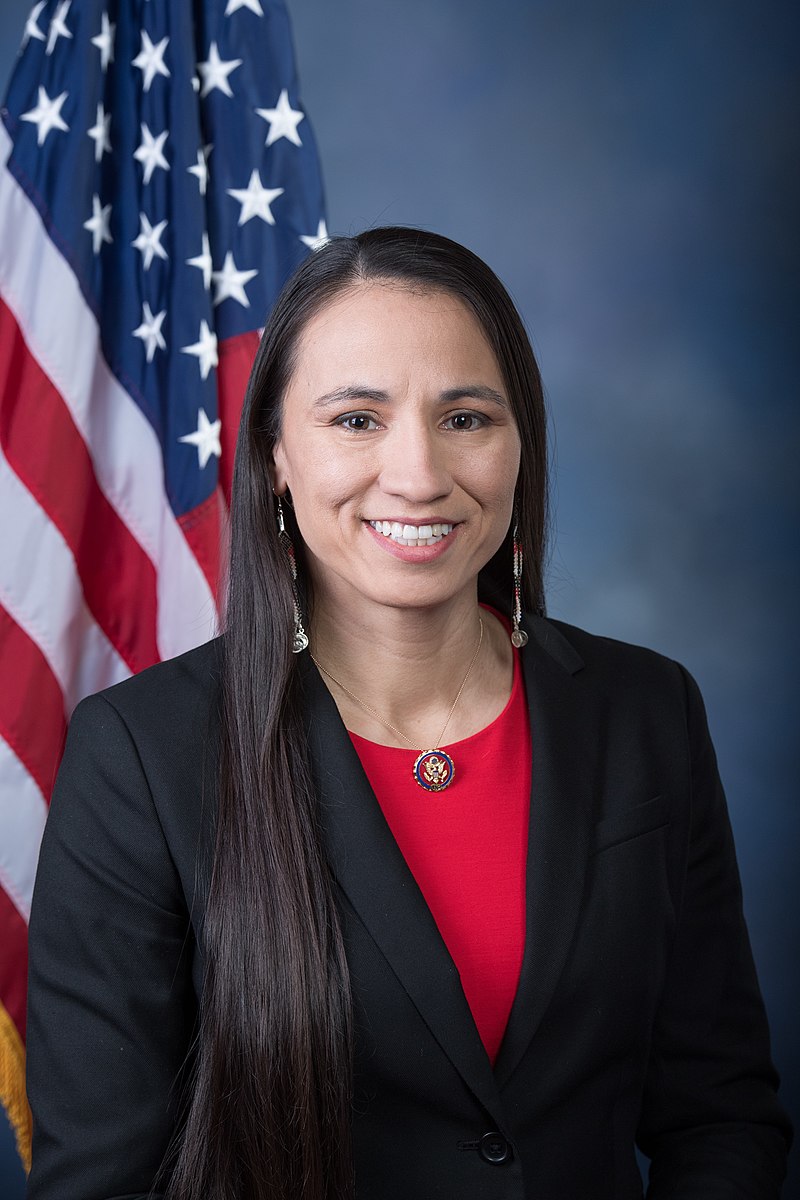 Representative Davids was raised by a single mother, who served in the Army for 20 years. After graduating from Leavenworth High School, she worked her way through Johnson County Community College and the University of Missouri-Kansas City before earning a law degree from Cornell Law School. As a first generation college student who worked the entire time she was in college, Rep. Davids understands the importance of quality public schools and affordable higher education. It is that foundation that allowed her to go on to a successful career, focused on economic and community development, which included time as a White House Fellow under President Barack Obama.

When she was sworn into the 116th Congress, Rep. Davids became one of the first two Native American women to serve in Congress. Rep. Davids has centered her work in office on putting Kansans first, fighting to limit the influence of special interests and make health care more affordable and accessible to everyone. She is a resident of Roeland Park.

As a first-generation college student who worked her way from Johnson County Community College to Cornell Law School, I know how valuable good education is for the success of our children.

I’m committed to making higher education more affordable, so our kids aren’t graduating with crushing debt. I’m working to implement policies that encourage and facilitate the opportunity for higher education. That’s why I signed onto legislation to lower the cost of student loans and protect students from bad actors. We must also expose students to careers in trades and technical areas – skills that are vitally important to a robust economy.

I agree with the overwhelming majority of scientists who recognize that climate change is real, and that we must take action now to protect our planet for future generations. According to the Weather Channel, the Kansas City-area is the fifth most vulnerable U.S. city to the dangers of climate change. We need innovative solutions to combat this crisis, grow our economy, and leave behind a healthier world for our children.

That’s why I voted for the Climate Action Now Act, a first step to confront the climate crisis and protect our planet by keeping us in the Paris Agreement and laying the groundwork for further climate action. It’s essential that our country honors its commitment to work with the rest of the world to cut carbon pollution and address this global crisis together.

I’m also a strong proponent of policies that encourage and increase the speed at which we shift to a system based on renewable energy. Kansas is uniquely poised to capitalize on wind energy, as our region has some of the highest wind production potential in the world. That’s why I’m working to create greater investment in Kansas’ wind-production infrastructure. We know that investing in durable, resilient infrastructure is an effective way to combat the effects of climate change, and I’m exploring that topic as a new member of the Transportation and Infrastructure Committee.

Everyone should have access to quality, affordable health care, but right now too many Kansans can’t get the care they need or are faced with skyrocketing costs. No one should ever have to worry about affording a lifesaving treatment or going bankrupt because they or someone they love gets cancer or diabetes.

That’s why I’m dedicated to finding ways to lower the cost of health care and prescription drugs, strengthen and expand the ACA, protect those with pre-existing conditions, and improve quality of care.

Entrepreneurship is baked into the DNA of the Kansas Third District, and I consistently highlight our business community through my work on the Small Business Committee. I’m working to ensure our small businesses have the tools they need to take care of their employees, grow their companies, and contribute to our economy.

Kansans deserve a government that works for them. When I was elected to Congress, I made a commitment to help clean up Washington and make sure our government actually serves the people. That’s why my priority is to be accessible to every person and every corner of our district.

As Vice Chair of the House Transportation and Infrastructure Committee, I’m working in a bipartisan way to bring much needed economic development to our roadways, airports, railways, local water infrastructure, and more.

The committee has jurisdiction over areas that touch every aspect of our lives - especially in the Kansas City Metro area with its strategic position as one of our nation’s major transportation and shipping hubs.