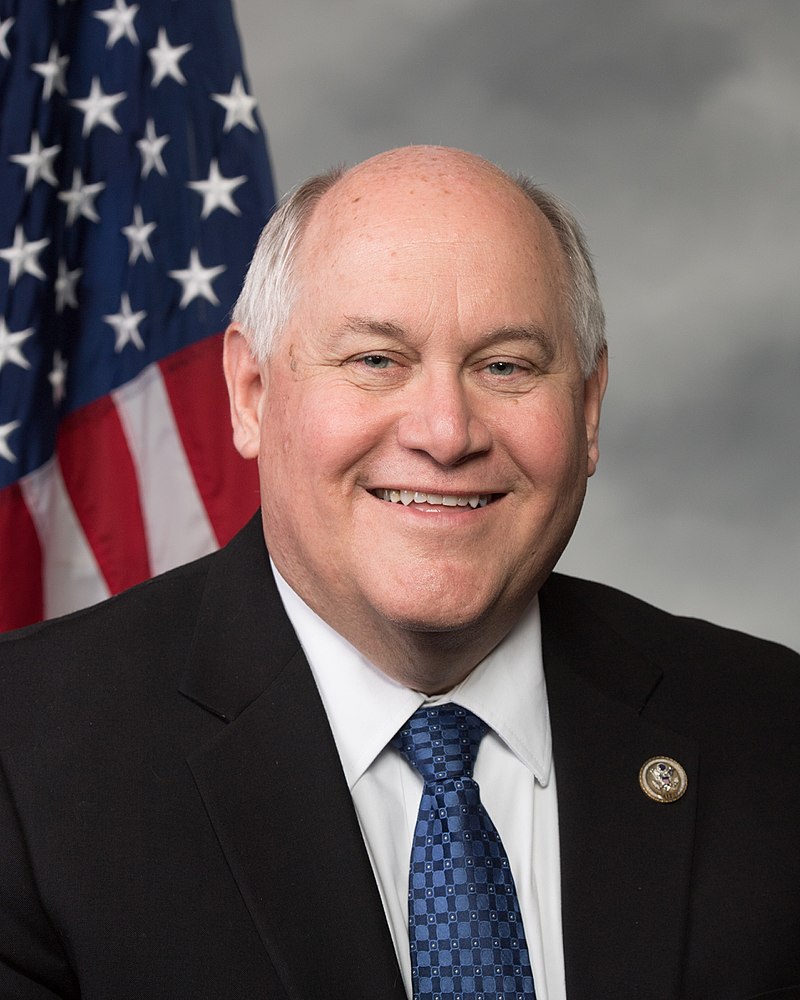 Ron Estes is a 5th generation Kansan and serves Kansas’ 4th Congressional District in the U.S. House of Representatives. Since being sworn into office in 2017, Congressman Estes has been a leader on passing landmark tax reform, rolling back burdensome regulations and implementing trade agreements with some of Kansas’ biggest trading partners. In Congress, Rep. Estes has defended Wichita’s aviation industry, helped pass a five-year Farm Bill to support Kansas agriculture, protected the 4th District’s water supply and quality of life, and led efforts to secure new pro-life guidelines for the Title X Family Planning Program.

The son of a veteran, Rep. Estes has also prioritized supporting our military and military families, while helping veterans and constituents navigate government agencies like the VA, Social Security Administration, the IRS and others.

Prior to becoming an elected official, Rep. Estes grew up on his family farm in Kansas and went on to earn a degree in civil engineering and a graduate degree in business administration. Rep. Estes began his career in consulting and management roles for industries including aerospace, energy and manufacturing. An engineer by trade, he successfully implemented a variety of systems that streamlined operations, increased efficiency and improved customer relations – all while cutting cost. That experience in the private sector has helped position Rep. Estes as a committed advocate for Kansas taxpayers in the U.S. House of Representatives.

Following his private sector career, Rep. Estes served his fellow Kansans as Sedgwick County (Kansas) Treasurer and then Kansas State Treasurer. As the only former state treasurer serving on the Committee on Ways and Means, Rep. Estes remains a champion of lower taxes, free and fair trade, affordable health care, and retirement security.

Ron and his wife, Susan, have three children and reside in Wichita.

Congressman Estes has repeatedly called for the need to prioritize our national debt and rein in spending through letters, legislation, and voting against raising the debt ceiling.

Kansas Farmers and Ranchers Knowing how critical the ag industry is to Kansas, Congressman Estes helped preserve stepped-up basis provision for farmers ensuring that this provision was removed from the House Democrat reconciliation package as it moved through the Ways and Means Committee.

He voted for the Agriculture and Nutrition Act of 2018 to repeal the burdensome regulations of WOTUS and paved the way for appropriate guidelines for navigable waters.

Recently, the Biden administration has attempted to reinstate WOTUS regulations. Congressman Estes has joined letters to the U.S. Environmental Protection Agency to halt all current rulemaking on the subject until the Supreme Court rules on the matter.

He introduced the Marginal Well Protection Act, legislation that would bar the Environmental Protection Agency administrator from imposing a methane fee on marginal oil and gas wells.

Congressman Estes also helped preserve tax laws for the oil and gas industry in the Ways and Means reconciliation markup. That means no changes to current law regarding intangible drilling costs, percentage depletion or deduction for oil and gas production from marginal wells passed through the House Ways and Means Committee during the Budget Reconciliation process.

Aviation Manufacturing Jobs Protection Act Congressman Estes helped preserve Wichita as the Air Capital of the World by introducing and helping pass the Aviation Manufacturing Jobs Protection Act in the House – enacted into law in March 2021. Congressman Estes worked diligently to ensure the AMJP Program was implemented in a timely fashion with the Department of Transportation. Kansas aviation manufacturers have been awarded more than $110 million to support over 4,700 employees.

Congressman Estes is an active member of the Border Security Caucus in Congress. He has also visited the southern border.

Congressman Estes has written numerous letters to officials calling for greater security along our southern border, support for the efforts of our border patrol agents, and answers and accountability for the crisis that the Biden Administration has caused. He’s also worked to advance common sense border and immigration legislation.

Congressman Estes sent a letter requesting that the Protecting Life in Global Health Assistance be implemented and the expansion to subcontractors. This strengthened the Mexico City policy to ensure that funding for abortion in foreign countries was further eliminated. This letter included 110 Members and Senators.

In total, Congressman Estes has led five letters with hundreds of signers to protect life.

The gun control measures challenged in this case amount to a blanket ban on the right to keep and bear arms outside the home. Success of the plaintiff will help end these false interpretations of our constitutional rights and be the first major pro-Second Amendment decision since Heller v. District of Columbia.

Along with his colleagues on the Ways and Means Committee, Congressman Estes co-led a letter to CMS to ensure that the reimbursement for PET Scans was set correctly. This ensured that cardiologists and doctors would continue to have access to this critical device that provides superior care to Kansans.

He also introduced H.R. 3302 – No Subsidies for Government Purchases of Electric Vehicles Act – in the 117th Congress to push back on the Biden administration’s efforts to electrify the federal fleet. The bill ensures that federal and state governments cannot claim the Plug-In EV Tax Credit when purchasing EVs.

Congressman Estes is the son of a veteran and has worked to give veterans and their families the care, respect and thanks they deserve following their dedicated service to our country.

This legislation was signed into law on August 25, 2021. The VA recently published a Federal Register Notice on March 30, 2022, on its plan for implementing the pilot program.

The VA MISSION Act was signed into law by President Trump on June 6, 2018.