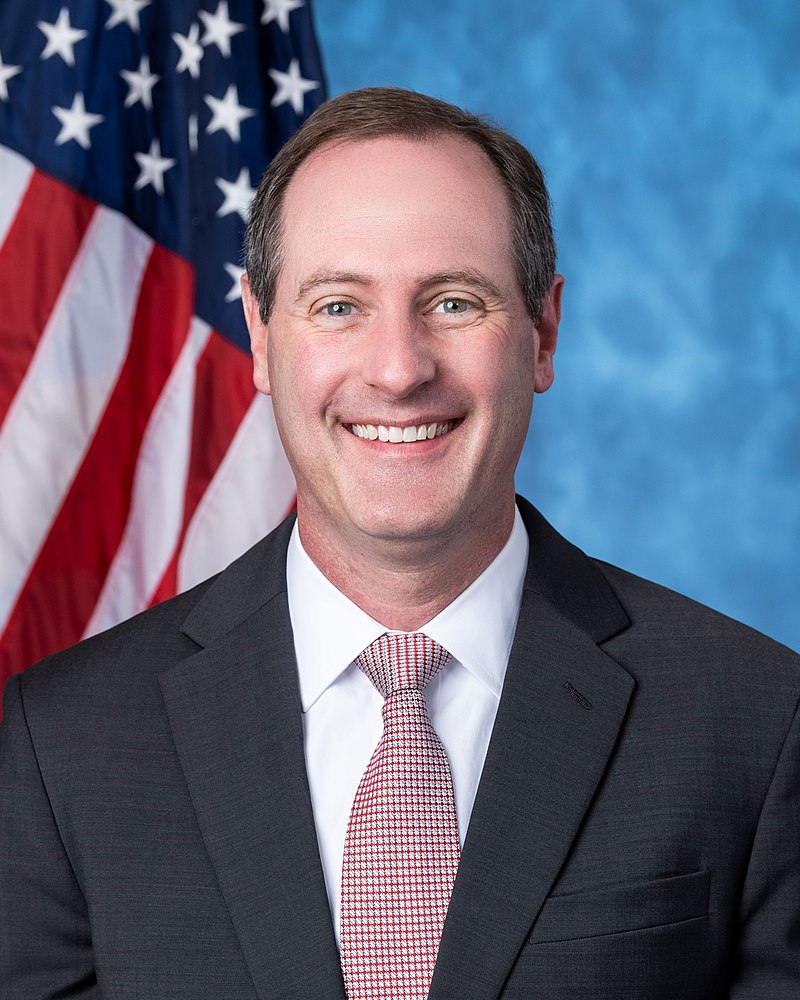 Tracey Mann was elected to the 117th Congress of the U.S. House of Representatives and serves the “Big First” District of Kansas. Congressman Mann is a tireless advocate for Kansas agriculture and conservative Kansas values.

Congressman Mann is a fifth generation Kansan, who was born and raised on his family farm just south of Quinter. He is also the fifth generation to live in the family farmhouse that his great-great-grandfather ordered from Montgomery Ward catalogue in the early 1900’s. Growing up in production agriculture Congressman Mann learned the value of hard work at a young age as he spent thousands of hours in the fields and on the family feed yard. Some of his fondest memories of those days were working cattle with his with his grandfather, father, and brother on Saturday afternoons while listening to K-State football on the radio.

Prior to representing the First District, Congressman Mann served Kansas as the 50th Lt. Governor of Kansas. Congressman Mann has worked in commercial real estate and served and on the loan committee for First National Bank Syracuse. Mr. Mann’s civic engagement includes serving on several boards for Kansas organizations including Kansas Agriculture and Rural Leadership (KARL), Kansas Chamber of Commerce, The City Teen Center in Salina, and Legacy Financial. Congressman Mann is a graduate of Kansas State University.

Tracey and his wife Audrey live in Salina, Kansas with their 4 children.

Before my time here in Washington D.C. I worked in commercial real estate and served on the loan committee for the First National Bank of Syracuse. It is through these experiences that I gained first-hand knowledge and understanding of how important it is to encourage businesses to grow and promote a competitive atmosphere.

Kansans are feeling the pain of historical inflation numbers as our country’s economy faces these uncertain times. We need to get the country back on track and allow the economy to thrive. Less regulation, a strong environment for market competition, and giving Americans buying power allow our country to be strong. Washington, D.C.’s typical solution of raising taxes and spending more taxpayer dollars is not a long-term solution. I have voted against multiple bills that will only add fuel to the inflation fire, like President Biden’s erroneous Build Back Better plan - or as I call it, the Build Back Broke plan. In order to get the country back on track and allow the American economy to thrive again, leaders in Washington D.C. need to stop recklessly spending taxpayer dollars, pass a strong budget that doesn’t add to our already trillion-dollar national debt, and let businesses compete in a free market without federal overreach.

Across Kansas, you can see different methods for obtaining the energy needed for everyday life including both fossil fuels and renewable energy. I support an “all of the above” energy strategy that prioritizes American energy independence and embraces fossil fuels and renewable energy. We need commonsense, reliable energy sources, and biofuels play an important part in our American energy independence.

It is imperative America creates and produces enough energy and variety here at home, so we are not reliant on foreign fuel. President Biden’s war on American energy producers has had hard-hitting impacts on our energy producers and caused gas prices to double since he was in office. I introduced the Use Stocks, Stop Russia (USSR) Act, which would prohibit Russian petroleum products from being imported into the United States, resume construction of the Keystone XL Pipeline, and encourage the use of American-produced energy resources to meet the current demand in our country. It’s high time America utilizes the energy supply in our own backyard and puts our country’s best interests first

One of my top priorities is to ensure the Big First has access to affordable, quality health care. Serving the First District of Kansas, I understand the importance of creating affordable as well as accessible health care.

The past couple of years has shown us how important our healthcare providers, frontline healthcare workers, and healthcare research is to America.

Access to quality health care in rural areas in the Big First includes telehealth, which makes rural broadband critical to the Big First. I cosponsored the Telehealth Modernization Act, the Protecting Access to Post Covid-19 Telehealth Act, and the Expand Telehealth Access Act which all help to eliminate barriers that stand in the way of rural Americans being able to utilize telehealth. Health care should not be a one size fits all policy, and there needs to be flexibility in the system for Kansans to get the care they deserve.

Another top priority in the Big First is ensuring hospitals and clinics in the district are properly resourced and policies are in place that increase competition and choice for patients, doctors, nurses, and health care providers.

I was selected to serve on the House Veterans’ Affairs Committee, which should be called the Heroes Committee. I have always been a strong supporter of those who have served and I want to ensure they receive the benefits they deserve.

On the House Committee on Veterans Affairs, I serve as the Ranking Member on the Oversight and Investigations Subcommittee and sit on the Economic Opportunity Subcommittee.

My top priority is ensuring the men and women who served our country are protected and receive the benefits and care they deserve. I understand the importance of working alongside my collages to achieve and create the legislation needed that will enhance the well-being of those that have served.

In the first few months of being in office, I introduced the Affordable Housing for Homeless Veterans Act of 2021, the VA Equal Employment Opportunity Counselor Modernization Act, and The VA Supply Chain Resiliency Act, and co-sponsored numerous bills to help improve the lives of veterans. There is a strong military and veteran presence in the Big First and I am committed to fighting for policies that ensure veterans can support themselves and their families in Kansas. I look forward to continuing my work to help enhance and bring benefits to our nation’s heroes.

Agriculture is the heartbeat of America, the Big First, and the top priority for me in Congress. I am a fifth-generation Kansas who grew up on the family farm south of Quinter, working thousands of hours in the fields and in the family feed yard from sunup to sundown. I greatly respect the producers in the Big First as they work to feed, fuel, and clothe the world. I was selected to serve on the House Agriculture Committee, which includes serving on the Livestock and Foreign Agriculture and Subcommittee on General Farm Commodities and Risk Management.

The Big First is third in the nation of Congressional Districts for agriculture production. Las t year the Big First produced more than $10 billion in agricultural sales. The Big First is number one in wheat, beef, and sorghum production. Agriculture is not just about the industry; it is about a lifestyle and the basic values that are crucial to the country. Those basic values are faith, caring for your neighbor, and working hard – agriculture needs to thrive to keep those values alive because they are central to who we are as Americans.

The distance from farm to fork has never been wider, and there are fewer and fewer legislators that have experience on the farm. Crop insurance and risk management tools are critical. We must manage the risks that are inherent to agriculture and unique to our industry. Given the chance to compete, American farmers can compete unlike anyone else in the world.

I am committed to working with my colleagues on legislation that puts the needs of the First District at the forefront of policy. In the 117th session of Congress, I introduced the No Land Grab Act of 2021, co-sponsored pieces of legislation that support our Kansas agricultural producers like the Lower Food and Fuel Costs Act and the Reducing Farm Input Costs and Barriers to Domestic Production Act, and sent multiple letters to the Biden Administration urging them to put the well-being of American producers and the food security of our country first.