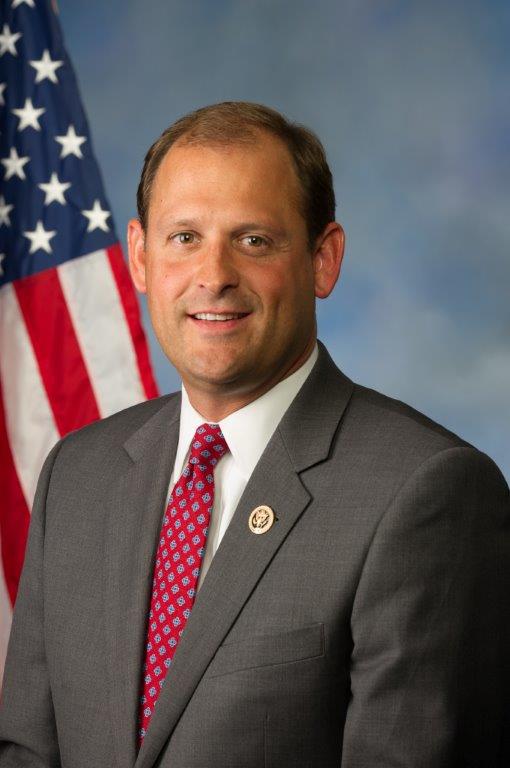 Contact Representative Andy Barr
Andy Barr has served as the U.S. Congressman for Kentucky’s Sixth Congressional District since January of 2013.

Andy Barr has served as the U.S. Congressman for Kentucky’s Sixth Congressional District since January of 2013. Congressman Barr is a senior Member of the House Financial Services Committee and is Ranking Member of the National Security, International Development and Monetary Policy. In the 117th Congress, Congressman Barr also began serving on the House Foreign Affairs Committee, and serves on the Foreign Affairs Subcommittee on Asia, the Pacific, Central Asia and Nonproliferation.

In the 116th Congress, Congressman Barr served on the House Veterans’ Affairs Committee (HVAC). During his time on HVAC, Congressman Barr led amendments to passage expanding access for student veterans to the Edith Nourse Rogers Science, Technology, Engineering and Mathematics (STEM) Scholarship as part of the Forever GI Bill. Congressman Barr also worked to reduce veterans’ suicide by advocating for a historic expansion of equine assisted therapy (EAT) as an innovative therapy for veterans struggling with post-traumatic stress disorder (PTSD) or other invisible wounds of war.

Despite the challenges brought on by the pandemic in meeting with constituents face-to-face, Congressman Barr remains committed to his Accessibility Initiative. Congressman Barr created several constituent coalitions, such as the Sixth District Veterans Coalition and the Recovery Working Group focused on finding solutions that will help Kentucky’s veterans and combat the ongoing drug epidemic.

Congressman Barr is also focused on strengthening Kentucky’s signature bourbon, equine, coal, agriculture and manufacturing industries, and serves as co-chair of the bipartisan Congressional Horse and Bourbon Caucus’. In 2020, the Horseracing Integrity and Safety Act, championed by Congressman Barr was signed into law by President Trump. This represented the most transformational and consequential reform of the thoroughbred horseracing industry since enactment of the Interstate Horseracing Act of 1978 and solidifies the industry for decades to come.

Additionally, Congressman Barr is a 2007 graduate of Leadership Lexington and has served on the Board of Directors of the Friends of the Isaac Murphy Memorial Art Garden and President of Prevent Child Abuse Kentucky.

He and his late wife, Carol, have two daughters, Eleanor and Mary Clay.

Kentucky’s Sixth District is home to several unique, signature industries in agriculture and many farmers who work endlessly to provide our food. Agriculture plays a vital role in the prosperity of Kentucky and, yet, farmers continue to face many challenges in their industry. In Congress, I will continue to work to find solutions that improve the lives of those in our rural communities.

As a father of two young daughters, I recognize the importance of our nation’s education system and personally believe the most important investment we can make in our children is providing them with quality instruction and educational opportunities. To ensure that our children reach their highest potential, we must establish a system where decisions are being made by the people most directly involved in the child’s education—the teachers and the parents. Additionally, we must address the needs of our changing labor force and the high cost of education.

The Commonwealth of Kentucky relies heavily on fossil fuels, and our coal resources provide our state thousands of jobs and deliver over 83 percent of our electricity. This allows Kentuckians to enjoy some of the lowest average electricity rates in the nation. It is imperative that our country work towards energy dominance and strong economic growth and security by rolling back onerous regulations and allowing for the innovation and development of fossil fuel technology. Throughout my time in Congress I have supported legislation to do just that. My efforts to promote American energy independence and economic growth through energy dominance include:

As a senior member of the House Financial Services Committee, I know that access to high quality and competitively priced financial services and products are critical to all Kentuckians. From opening a checking account, buying a car, starting a business, or saving for retirement – Americans rely on both traditional and new financial products that make our lives easier. I have been proud to lead efforts to make it access to financial products easier for Main Street businesses and the American people.

Expanding access to affordable, quality health care without putting bureaucrats between patients and doctors has been one of my top priorities in Congress. I speak with constituents frequently who are struggling to afford health care in Kentucky and have been forced to purchase low quality, high cost insurance that their doctor may not even accept.

That is why I have:

No industry is more synonymous with our Commonwealth than thoroughbred breeding and horseracing, which has long been a source of jobs and opportunities for the people of Kentucky. I am privileged to represent the Horse Capital of the World and I am proud to fight for its future.

The United States has a proud tradition of welcoming immigrants and refugees from war-torn and economically distressed parts of the world. I fully embrace that tradition, and I believe America’s generosity in this regard is what makes our country a beacon of freedom and hope for the world. That said, the federal government’s first and primary responsibility is the safety and security of the American people. It is important that the United States continue to be that beacon of hope and offer generosity to refugees, while also taking seriously our responsibility to implement and enforce national security and immigration policies that will keep the American people safe and prevent terrorists and other bad actors from exploiting that generosity for evil purposes.

After being hit by the COVID-19 pandemic, our country must be focused on economic growth and recovery. That is why I am advocating for policies that will strengthen small businesses, families and encourage Americans to go back to work and reclaim our way of life. Some of this work includes:

Our nation enjoys many freedoms thanks to the service and sacrifice of those in the Armed Forces. Supporting and investing in our National Defense is a Constitutional duty of the Federal government and a primary responsibility of the United States Congress. That is why I have been a firm supporter of our nation’s military. This includes:

It is critical that Congress do more to combat the opioid epidemic, especially in our home state of Kentucky. Our Commonwealth has been hit hard by the epidemic, as we have the fifth highest overdose mortality rate in the nation. That’s why I have supported major opioid projects in the Sixth District that include:

After the COVID-19 pandemic, our nation will be left with over $28 trillion in debt. The current course of excessive borrowing and spending is totally unsustainable. Congress must closely examine all federal spending programs for ways to achieve cost savings. Here are some of the things I have been doing in Congress to get our fiscal house in order:

Human life, marriage, religious freedom, these foundations of everyday life are sacred and deserve to be protected. I have consistently supported policies that promote the sanctity of human life, preserve marriage, and safe-guard religious freedoms of Americans. This includes:

I was honored to serve on the House Veterans’ Affairs Committee (HVAC) during the 116th United States Congress, where I was able to impact policy in a positive way for those who have served us in uniform and protected our freedoms. Some of the highlights from my time on HVAC include:

Should any constituent veteran have issues with the VA or need help with other issues involving a federal agency, please contact my office at 859-219-1366.