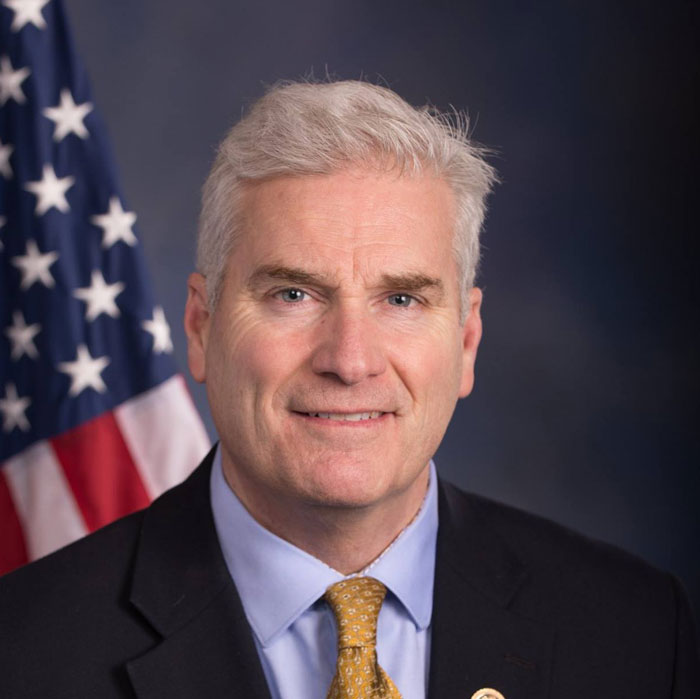 Congressman Tom Emmer was sworn in for his first term in the U.S. House of Representatives on January 6, 2015. He represents Minnesota’s Sixth Congressional District and serves on the House Financial Services Committee. Tom was born in 1961 and raised in the great state of Minnesota. He went on to graduate from the University of Alaska-Fairbanks and then William Mitchell College of Law. In 2004, he was elected to the Minnesota House of Representatives and re-elected in 2006 and 2008. Tom and his wife Jacquie are the parents to seven beautiful children, and currently reside in Delano, Minnesota.

Tom has seen firsthand the devastating effects healthcare costs are having on working families and small businesses, so he’s pushing to bring patient-centered reforms with more competition and more choices for patients without sacrificing protections for individuals with preexisting conditions or children who want to stay on their parent’s health plans.

Tom is fighting for better education funding and more local control of schools. He believes school districts should have extended freedom to provide innovative solutions to their own local problems without having to ask the federal government for permission. He has supported legislation to expand the use of 529 Education Savings plans to include costs associated with a child’s elementary and secondary education, and pushed for the preservation of the teacher tax deduction to support our educators.

Tom believes the number one job of the federal government is to keep our citizens and our country safe. He has co-sponsored and passed legislation that helps ensure we keep our homeland safe by strengthening immigration and refugee admittance process, and securing our borders. As a strong supporter of our military, Tom has also consistently voted to give our troops the resources they need to protect our country at home and abroad.

Tom is, and always has been, dedicated to reducing Washington’s runaway spending. Americans know how to spend their money better than Washington bureaucrats, and Tom has taken action to decrease our growing debt and ensure that taxpayer dollars are spent as responsibly as possible. He will continue looking for ways to cut waste, find more reforms, and advocate for sticking to the “regular order” process of appropriations rather than resort to bloated omnibus bills.

Suicide is a heartbreaking tragedy. Tom will continue to prioritize and support efforts to make mental health treatment available for all Minnesotans. This Congress he authored the STRESS Act specifically for our farmers, ranchers and agricultural workers who suffer from higher rates of depression and suicide than the normal population.

Tom believes Minnesota’s economy relies on trade, commerce and the ability of businesses to move their products with full and fair access to ALL markets.

In a break with the Administration, Tom introduced legislation to lift the Cuba trade embargo in order to provide new opportunities for increasing trade, as well as advancing the cause of human rights and needed reforms in that country. The legislation improves the United States’ position in the region and increases our leverage as the political transformation begins in Cuba.