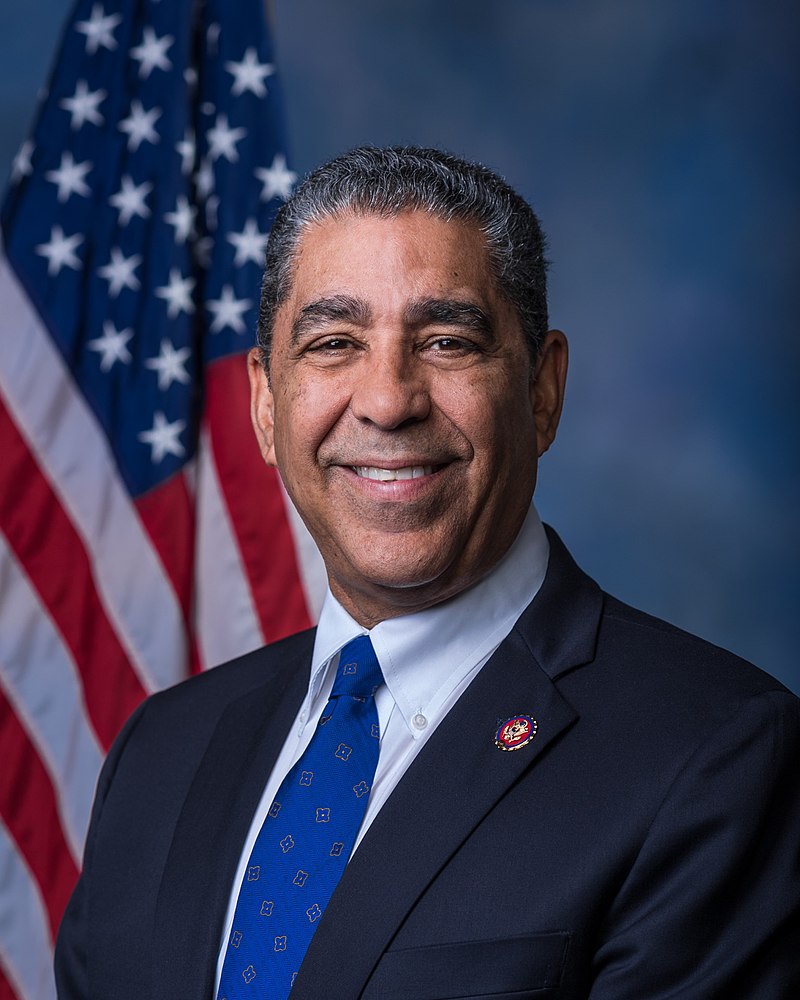 Contact Representative Adriano Espaillat
Adriano de Jesús Espaillat Rodriguez is a Dominican-American politician. He is the U.S. Representative for New York's 13th congressional district and the first formerly undocumented immigrant to ever serve in Congress.

First elected to Congress in 2016, Representative Espaillat was sworn into office on January 3, 2017, during the 115th Congress and is serving his third term in Congress.

Together with his Democratic colleagues, Representative Espaillat worked to pass more than 900 bills during the 116th Congress, including bipartisan legislation to clean up government, defend access to affordable health care, lower prescription drug costs, respond to the COVID-19 pandemic, invest in our nation’s infrastructure, and support policies for job creation and economic growth. Additionally, during the 116th Congress, Representative Espaillat introduced more than 40 bills and resolutions aimed at improving the lives of constituents, helping small businesses become more competitive and recover from the pandemic, protecting the rights of immigrants, securing funds to complete the Second Avenue Subway’s extension into East Harlem, and helping to secure federal grant funding for New York’s 13th congressional district.

Throughout the tenure of his career in public service, Representative Espaillat has been a vocal advocate for protecting tenants, improving schools, and making serious, smart investments in economic development, job creation, and environmental protection. Prior to coming to Congress, he served as a New York State Senator during which he represented the neighborhoods of Marble Hill, Inwood, Washington Heights, Hamilton Heights, West Harlem, the Upper West Side, Hell’s Kitchen, Clinton, and Chelsea.

While in the New York State Senate, he served as the Ranking Member of the Senate Housing, Construction, and Community Development Committee; Chairman of the Senate Puerto Rican/Latino Caucus; and as a member of the Environmental Conservation, Economic Development, Codes, Insurance, and Judiciary committees. Prior to his tenure as a state senator, he served in the New York State Assembly, and in 1996 became the first Dominican American elected to a state legislature. In 2002, Espaillat was elected chair of the New York State Black, Puerto Rican, Hispanic and Asian Legislative Caucus.

Prior to entering elected office, Representative Espaillat served as the Manhattan Court Services Coordinator for the NYC Criminal Justice Agency, a non-profit organization that provides legal services to those in need and works to reduce unnecessary pretrial detention and post-sentence incarceration costs. He later worked as Director of the Washington Heights Victims Services Community Office, an organization offering counseling and other services to families of victims of homicides and other crimes, and as the Director of Project Right Start, a national initiative funded by the Robert Wood Johnson Foundation to combat substance abuse by educating the parents of pre-school children.

Representative Espaillat is a proud father and grandfather.