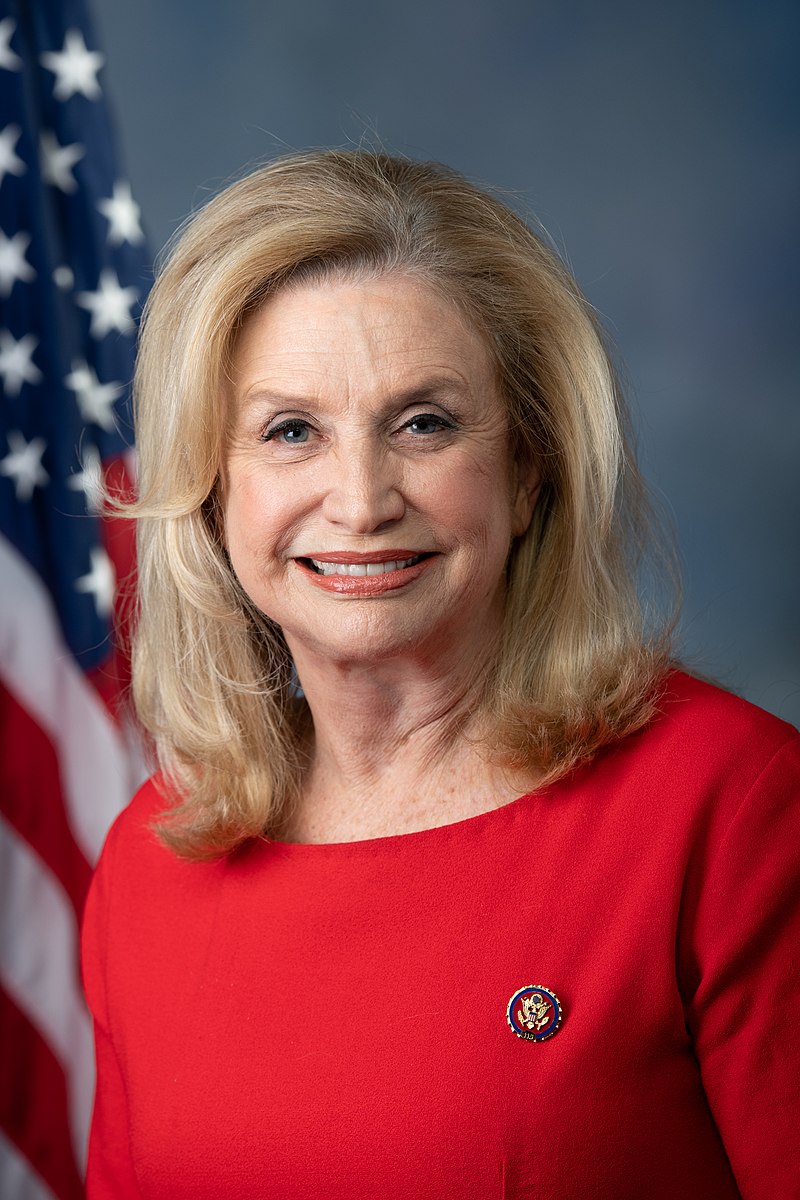 Here you will find contact information for congress Carolyn B. Maloney, including email address, phone number, and mailing address.

Carolyn B. Maloney for congress

First elected to Congress in 1992, Carolyn B. Maloney is a recognized progressive national leader with extensive accomplishments on financial services, national security, the economy, and women’s issues. She is currently Chairwoman of the House Committee on Oversight and Reform and former Chair of the Joint Economic Committee, the first woman to hold both of these positions.

Maloney has authored and passed more than 74 measures, either as stand-alone bills or as measures incorporated into larger legislation packages. Twelve of these bills were signed into law at formal (and rare) Presidential Signing Ceremonies.

Rep. Maloney’s career has been a series of firsts. She is the first woman to represent New York City’s 7th Councilmanic district (where she was the first woman to give birth while in office); and she was the first woman to Chair the Joint Economic Committee, a House and Senate panel that examines and addresses the nation’s most pressing economic issues. Only 18 women in history have chaired Congressional committees. Maloney is the author of Rumors of our Progress Have Been Greatly Exaggerated: Why Women’s Lives Aren’t Getting any Easier and how we can Make Real Progress for Ourselves and Our Daughters , which has been used as a textbook in women’s studies courses.

She has authored landmark legislation including; the James Zadroga 9/11 Health and Compensation Act, its reauthorization, and the Never Forget the Heroes: James Zadroga, Ray Pfeifer, and Luis Alvarez Permanent Authorization of the September 11th Victim Compensation Fund Act to make sure all those suffering health foods associated with 9/11 get the medical care and compensation they need and deserve; the Debbie Smith Act, which increases funding for law enforcement to process DNA rape kits and has been called ’the most important anti-rape legislation in history;’ and the Credit CARD Act, also known as the Credit Cardholders’ Bill of Rights, which according to the Consumer Financial Protection Bureau (CFPB), has saved consumers more than $16 billion annually since it was signed into law in 2009.The Card Game , the documentary Overdrawn! , and the movie A Life Interrupted .

As Chairwoman of the Committee on Oversight and Reform, Congresswoman Maloney is leading the fight to protect the 2020 Census from the Trump Administration’s partisan, political attacks and to ensure that the United States Postal Service (USPS) is able to operate at its full capacity. She is the author of the Fair and Accurate Census Act which would ensure that Census Bureau professionals have the time and resources they need to complete a full and accurate count, the Delivering for America Act to restore USPS services to January 2020 standards and ensure they stay at that level through the pandemic, and the Nonpartisan Postmaster General Act to prevent partisan politics from including in the Postal Service.

On the House Financial Services Committee she has worked to modernize financial services laws and regulations, strengthen consumer protections, and institute more vigilant oversight of the safety and soundness of our nation’s banking industry. In the 114th Congress, she was selected by her Committee colleagues to be Ranking Member on the Subcommittee on Capital Markets and Government Sponsored Enterprises and continued in this position in the 115th Congress. In the 116th Congress, up until her election of her as Chairwoman of the Committee on Oversight and Reform, she served as the Chair of the Subcommittee on Investor Protection, Entrepreneurship, and Capital Markets. She continues to serve as a member of this subcommittee and the Subcommittee on Housing, Community Development, and Insurance.

Maloney served on the historic conference committee for the Dodd-Frank financial reforms, which also created the Consumer Financial Protection Bureau. Her Credit Cardholders’ Bill of Rights (the Credit CARD Act) was signed into law by President Obama in Spring of 2009. She is currently working to curb the use of anonymous shell companies that finance illicit drugs, human trafficking, and terrorism and to pass her Overdraft Protection Act, which would protect consumers from abusive overdraft fees.

As a senior member of the House Committee on Oversight and Reform, Maloney’s legislation has helped government work more efficiently and has saved hundreds of millions in taxpayer dollars.

As co-founder of the House 9/11 Commission Caucus, Maloney helped author and pass legislation which created the 9/11 Commission and, later, to implement all of the 9/11 Commission’s recommendations for improving intelligence gathering—described as the most influential intelligence bill in decades. The James Zadroga 9/11 Health Care and Compensation Act, her bill to provide health care and compensation for 9/11 first responders, residents and workers near Ground Zero passed Congress in late 2010 was signed into law by President Obama on January 2, 2011 The Zadroga Act’s World Trade Center Health Program was permanently extended by the bill’s reauthorization with an allocation of $8 billion in December 2015. The September 11th Victim Compensation Fund was permanently extended with the passage of the Never Forget the Heroes: James Zadroga,

A champion for domestic and international women’s issues, Rep. Maloney has authored and helped pass legislation that targets sex trafficking, including the first bill that focused on the ‘demand’ side of human trafficking to punish the perpetrators of these heinous crimes. She is co-chair of the Congressional Caucus on Human Trafficking, and previously served as the co-chair of the Trafficking Task Force of the Congressional Caucus for Women’s Issues.

New York City has no stronger advocate in Congress than Maloney. She has delivered more than $10 billion in federal aid to New York City, including billions of dollars for the two largest transit construction projects in the nation, the Second Avenue Subway and the East Side Access project, both of which run through her district, and have helped create thousands of jobs in New York. Among other projects she has secured federal funding for are: $670 million for replacing the Kosciuszko Bridge, $37.9 million for the Floating Hospital, $4.4 million for new ferries, $20 million for Dutch Kills Green, $27 million for Queensbridge roof repairs, and more than $300 million in federal grants for high-speed rail improvement projects in the Sunnyside Rail Yards.

During her time on the New York City Council, then Councilmember Maloney led the effort to implement Vendex and ensure city contracts were bidded and awarded responsibly. She has introduced similar legislation at the federal level.

Maloney has received numerous awards and honors during her time in office, including the TMG-eMedia Thought Leaders in Business Award; the Manhattan Chamber of Commerce Outstanding Service Award; the CUNY Women’s Leadership Award; the Eleanor’s Legacy Eleanor Roosevelt Trailblazer of Democracy Award; the Humane Society of the United States Humane Advocate Award; the Business and Professional Women’s Club of New York State Outstanding Legislator Award; the Center for Women’s Policy Studies Jessie Bernard Wise Women’s Award; and the Planned Parenthood Responsible Choices Award. In 2003, she was the only legislator selected as part of the Ms. Magazine “Fifty Women Who Made a Difference” list. Maloney was recently named one of Women’s eNews 21 Leaders for the 21st Century in May 2017.In March of 2020, Rep.

Rep. Maloney has been recognized not only by her peers in Congress but also by outside groups for her ability to elicit change. GovTrack awarded her the top spot among House Democrats in their “Leadership Score” category – indicating her great ability to get cosponsors on her bills.

She is an Eleanor Roosevelt Distinguished Member of the NY Junior League.

She is the founder and Co-Chair of the House Caucus on Hellenic Issues and the House Census Caucus.

Maloney attained a first-degree black belt in Taekwondo in January 2007.