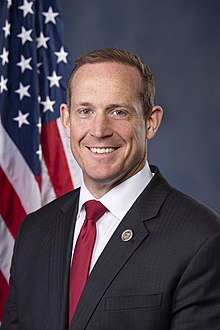 Contact Senator Ted Budd (R-NC)
Ted Budd is a conservative with the courage to stand strong for what’s right — no matter how powerful the opposition.

Ted Budd is a conservative with the courage to stand strong for what’s right — no matter how powerful the opposition. North Carolinians can trust Ted to fight against the Biden agenda. He won’t compromise our conservative values, he’ll fight for them. Scroll down to read more about Ted’s life as a conservative fighter, small business owner, and family man.

Ted grew up on a cattle and commercial chicken farm in rural Davie County. His parents were small business owners, and from an early age, Ted learned that hard work, family, and faith are the building blocks to success. Ted still lives on that farm today with his wife and three kids.

Ted met his wife Amy Kate in the former Soviet Union on a mission trip in 1991, the week before the collapse of communism. When they saw each other again in the United States, he asked her out to ride motorcycles and the rest is history. They still enjoy mission trips and continue to serve in their church.

Ted is committed to strengthening the family and recognizes the cultural battle we face to protect it. He’s a proud Eagle Scout Dad and served as an Assistant Scoutmaster. He and Amy Kate homeschooled their three children, and Ted served as a board member of North Carolinians for Home Education.

have to meet payroll and Ted has first-hand experience with the challenges faced by job creators across North Carolina. After purchasing a closed gun store, Ted reopened it for local police to train nearby, and it is now a thriving shooting-sports retail store, training center, and indoor range.

An avid outdoorsman, Ted is a trained NRA Range Safety Officer and lifetime NRA and Grassroots NC member. He is a fiscal conservative with how he manages his business and he’s a fiscal conservative with how he manages your taxpayer dollars! The Council for Citizens against Government Waste named Ted a Taxpayer Hero for his “relentless and unwavering support of the fiscal interests of American taxpayers.”

A graduate of Appalachian State University, Ted earned a Masters in Business Administration from Wake Forest University where he was recognized as Mentor of the Year. He and Amy Kate both earned Masters degrees from Dallas Theological Seminary to acquire a Biblical lens for all of life.

I am gravely concerned about our country’s future, because North Carolina families, our values, and our jobs are under attack every day in Washington. Joe Biden has proven to be extremely liberal and dangerously incompetent. The Senate is our last line of defense against the Left’s woke, socialist agenda and weak foreign policy. Putting America first is the only way that our country will succeed. I pledge to you that I will work for everyday families, not the elite or political insiders, and I will fight to restore the conservative, constitutional values that make this country great.

From the Green New Deal to Build Back Better, radical progressives are committed to implementing a costly socialist agenda that would break the free market system and eliminate the American Dream. Ted knows government is not the solution to every problem because everyday, hard-working people get stuck with the bill for big-spending, debt-creating socialist ideas.

Ted is leading the charge against wasteful spending in Congress. He is one of the loudest voices against pork barrel earmarks which led to extravagant waste of taxpayer dollars like the Alaskan Bridge to Nowhere. He believes earmarks are the gateway drug for overspending.

Ted agrees with President Ronald Reagan, “The most terrifying words in the English language are: I’m from the government and I’m here to help.” For his efforts to fight for free enterprise, limited government, and economic freedom, Ted was awarded the Abraham Lincoln Leadership for America award by the U.S. Chamber of Commerce and the Club for Growth’s Defender of Economic Freedom Award.

As a small business owner who knows how hard it is to make payroll and provide for your own family, Ted has the back of every job creator in the state. High taxes and debilitating, unnecessary red tape kill jobs.

That’s why job creators have singled out Ted for his dedication and success in Congress. Ted was honored to earn the Job Creators Network’s Defender of Small Business Award and the most prestigious honor given to Members of Congress by the National Federation of Independent Business, the Guardian of Small Business Award.

America is a generous country, allowing over one million people into our country every year—the right way. Ted has visited the Southern border multiple times and seen the devastating effects of the Biden administration’s open borders policies. From human trafficking to opioid abuse, the cost of unchecked illegal immigration goes further than Americans’ wallets, too often causing tragedies that could have been prevented.

Ted is the only candidate endorsed by the National Border Patrol Council in the race for North Carolina’s U.S. Senate seat. He is honored to stand with our nation’s border security and will continue to fight for the resources they need to protect our national boundaries.

In Congress, he supported President Trump’s efforts to build a wall and increase the resources available to border agents on the frontlines. Ted also wrote legislation to crack down on sanctuary cities.

Ted will continue to fight for:

The radical left is trying to abolish police departments across the country. They are moving from socialism to complete anarchy. It’s dangerous, and Ted will fight against any effort to weaken the Thin Blue Line. Ted stands shoulder to shoulder with our brave men and women in law enforcement and knows they need more resources and training, not less.

Ted wrote the Community Policing Act to help local police departments train officers in de-escalation tactics and active community engagement. At the same time, he wrote the No Tolerance for Rioters Act, which doubled the federal penalties for rioting. Stronger relationships between police officers and citizens will help to establish safer neighborhoods. In 2021, when Washington Democrats proposed a multi-billion dollar Capitol security bill, Ted proposed redirecting over $90 million to better equip the Capitol Police and help reopen the Capitol.

Ted believes hardworking taxpayers deserve to keep their hard-earned money. That’s why he fought for the Trump tax cuts which cut taxes for 90% of Americans. As one of the few members of Congress to receive the Taxpayers’ Friend Award from the National Taxpayers Union and the Taxpayer Super Hero Award from the Council for Citizens Against Government Waste, Ted evaluates every tax proposal by three questions:

Ted also fought for regulatory reform which revitalized the U.S. economy before the Biden agenda destroyed it. The founding fathers wrote the Constitution to limit government because small government unleashes private enterprise to innovate and create. But Washington politicians of both parties have an addiction to overspending, which leads to “the hidden tax” of inflation which is crippling family budgets across the state.

Ted is fighting hard to restrain overspending and cut the national debt. His strong stand is one of the reasons he received the Freedom Fighter Award from FreedomWorks. He believes it’s time for the federal government to live within its means, just like North Carolina families and small businesses do.

Ted believes every life is precious and every person is made in God’s image. Science tells us that each of us is unique from conception, and we all have an unalienable constitutional right to life and protection under the law. He’s proud of his 100% rating from National Right to Life and Susan B. Anthony List, because he is a conscience-driven advocate for the unborn.

Right now, America is tragically one of only seven countries in the world where elective, late-term abortion is legal after 5 months. To change that, Ted sponsored legislation that bans the gruesome procedure used in born-alive abortions and voted for the Pain-Capable Unborn Child Protection Act, which restricts late-term abortion for unborn children who can feel excruciating pain.

He’s fought to preserve the bipartisan Hyde Amendment, which prevented taxpayer funding for abortion since 1973. In the Senate, Ted will:

As the owner of ProShots gun store and range, Ted is tired of politicians treating law-abiding gun owners like criminals. He will never waver in defense of the Second Amendment and our hunting heritage.

Ted believes it should be easy to vote, but hard to cheat. He raised his voice in opposition to unelected bureaucrats changing election procedures, which violated the Constitutional requirements for state legislatures to determine election law. He supports a voter ID requirement, which activist judges and liberal Democrats have opposed and delayed in North Carolina despite voters overwhelmingly approving an amendment to the state constitution that requires voter ID.

Ted will continue to fight for legislation that protects the sanctity of one person, one vote, such as:

As a homeschool dad, Ted believes every parent in our country should have as many educational options for their children as possible. Democrats want the government — not parents — in charge of every child’s education and no oversight of the taxpayer-funded curriculum. That’s led to children being taught radical, anti-American ideologies like Critical Race Theory and the 1619 Project.

To fight back against woke indoctrination, Ted wrote the Preserve American History Act, which would codify President Trump’s 1776 Commission to teach the greatness and exceptionalism of the United States in our schools. He is a chief sponsor of the CRT CHOICE Act, which gives parents the power to remove their child from school systems that teach anti-American curriculum.

While Ted believes education decisions are best made at the local level, he supports school choice and opportunity scholarships to give all students a chance to match their skills and interests with an education that best prepares them for the job market — whether that’s college or not.

Political censorship by Big Tech companies is out of control. Facebook, Twitter, and Google enjoy broad legal protections because they are considered platforms under Section 230 of the Communications Decency Act of 1996. That legal carveout presumed they would remain neutral and avoid censoring content, but they are no longer neutral.

While pretending to be neutral, Silicon Valley liberals are using their corporate power to unfairly sway elections. That’s why Ted sponsored legislation to allow Americans to sue Big Tech companies who censor political speech. Those companies must be held accountable and should not receive special Section 230 protections if they silence conservative voices.