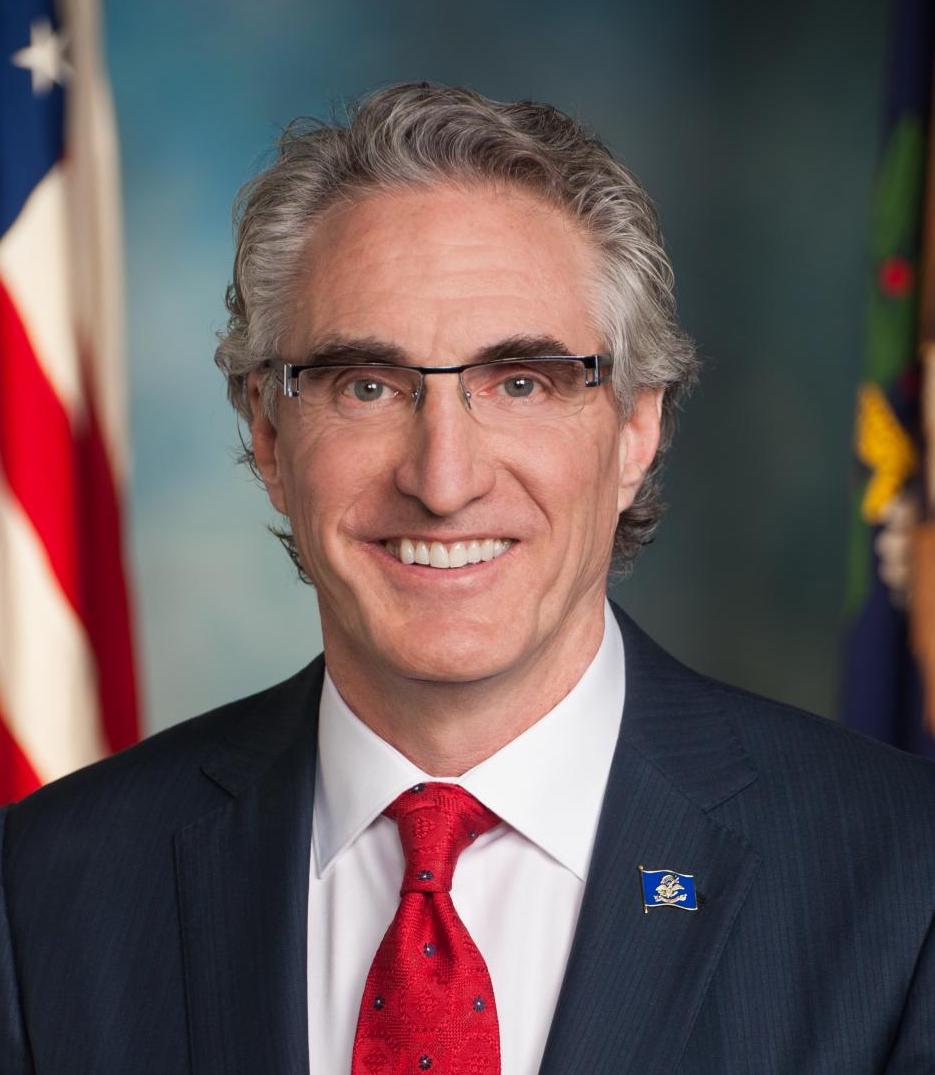 contact Governor Doug Burgum
Governor Doug Burgum took office as the 33rd governor of North Dakota on December 15, 2016. Prior to being elected Governor, Gov. Burgum led Great Plains as CEO through its initial public offering in 1997 and acquisition by Microsoft Corp. in 2001. In 2006, Gov. Burgum reaffirmed his passion for North Dakota by founding Kilbourne Group, a real estate development firm committed to creating smart, healthy cities through vibrant downtowns. In 2008, he co-founded Arthur Ventures, a venture capital firm that invests in ambitious, mission-driven software companies. In 2009, then-Gov. John Hoeven awarded Gov. Burgum the Theodore Roosevelt Rough Rider Award, North Dakota’s highest citizen honor. The award recognized Burgum for his business leadership and numerous philanthropic efforts, including the Doug Burgum Family Fund, which focuses its charitable giving on youth and education. Born August 1, 1956, Gov. Burgum grew up in Arthur, N.D. He has maintained his commitment and connection to his roots through family farm partnerships, by serving as a member for Arthur Companies, Inc., a diversified agribusiness company founded by his grandparents in 1906, and through a ranching partnership in the Badlands of western North Dakota. Gov. Burgum graduated with a bachelor’s degree in university studies from North Dakota State University in 1978. He earned a master’s of business administration from the Stanford University Graduate School of Business in 1980. Gov. Burgum is married to Kathryn Burgum and has two sons, Joe and Tom, and a daughter, Jesse.

Firmly rooted with gratitude and perseverance, Burgum literally “bet the family farm” for the seed capital for Great Plains Software, then a very small startup company in the fledgling computer software industry. Driven by a strong belief in North Dakota’s people and a powerful dream, as chairman and CEO he led the company’s growth to a very successful initial public offering in 1997. He steered Great Plains through its strategic acquisition by Microsoft Corporation in 2001 for $1.1 billion. He remained at Microsoft as senior vice president through 2007, helping the company capture a leading position in the business applications software industry.

As a testimony to his people-centric philosophy, Great Plains was named to FORTUNE magazine’s list of “100 Best Companies to Work for in America” four times, a distinction also held by Microsoft during Doug’s tenure there.

In 2006, Doug reaffirmed his passion for North Dakota by founding Kilbourne Group, a company committed to creating smart, healthy cities through vibrant downtowns. He led the renovation of downtown Fargo’s landmark Northern School Supply building in 2000, which ultimately led to NDSU creating its downtown Fargo campus. Kilbourne Group respects and honors the history and heritage of its community by reinvigorating the economic viability and livability of downtown Fargo.

In 2008, Doug co-founded Arthur Ventures, a venture capital firm that invests in ambitious, mission-driven software companies. He served as chairman of the board and investor of Atlassian, board member of Avalara, and as executive chairman of the board of North Dakota healthcare technology startup Intelligent InSites, the leader in real-time operational intelligence software for healthcare.

In 2009, Doug was awarded the Theodore Roosevelt Rough Rider Award, North Dakota’s highest honor, by then-Governor John Hoeven. The award recognizes North Dakotans who have been influenced by North Dakota in achieving national recognition in their fields of endeavor.

Doug served on the Small Business and Labor Advisory Council for the Federal Reserve Bank of Minneapolis from 1990 to 1992. As a council member, he advised the bank’s president, senior officers, and economists on regional economic conditions. Doug continues to serve as an informal advisor to the Federal Reserve on topics related to North Dakota’s economic conditions, areas of constraint and growth, as well as trending topics.

The success of businesses and people guided by Doug’s leadership has been a catalyst for the establishment and growth of numerous spin-off and startup companies in Fargo and across North Dakota, especially in the technology and software sectors.

With deep gratitude for the communities and people that inspire his success, Doug contributes to numerous philanthropic efforts and has established the Doug Burgum Family Fund, which focuses its charitable giving on youth and education while honoring the multi-generational commitment to these causes started and continued by his great-grandparents, grandparents, and parents.

Doug maintained his commitment and connection to his small town and agricultural roots through family farm partnerships, by serving as a board member for Arthur Companies, Inc., a diversified agribusiness company founded by his grandparents in 1906, and through a ranching partnership in the Badlands of western North Dakota. Doug and Kathryn live in Bismarck while his children, Joe, Jesse, and Tom live in Fargo.