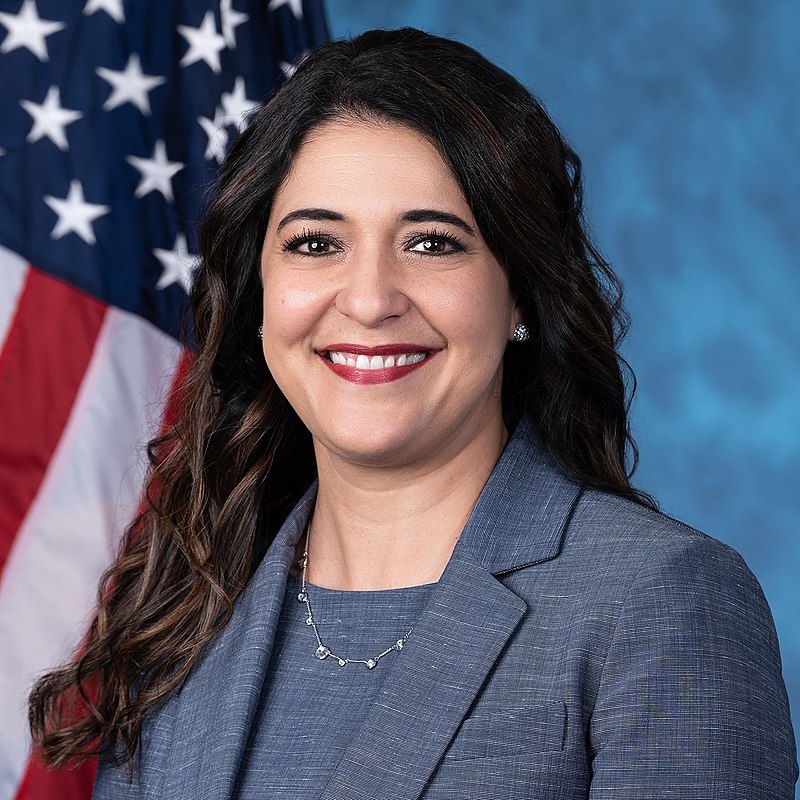 Here you will find contact information for congress Stephanie I. Bice, including email address, phone number, and mailing address.

Contact Representative Stephanie I. Bice
Stephanie Bice is an American politician serving as the U.S. Representative for Oklahoma's 5th congressional district. A Republican, Bice is the first Iranian American to be elected to Congress. She previously represented the 22nd district in the Oklahoma Senate from 2014-2020.

Stephanie I. Bice for congress

In 2020, Oklahomans called for bold leadership. Someone who would stand up for Oklahomans and deliver results, not rhetoric. Stephanie is a new type of conservative leader. She has a history of successfully tackling big issues with conservative principles.

Congresswoman Stephanie Bice is a fourth generation Oklahoman, born and raised in Oklahoma’s Fifth Congressional District. She graduated from Oklahoma State University in 1995 with a degree in Marketing and International Business.

Stephanie began her service in the U.S. House of Representatives in 2021 where she was elected by her peers to serve as Freshman Class President and serves as a member of the Republican Whip Team. In Congress, Stephanie fights to protect Oklahoma jobs, puts Oklahomans first, defends the Second Amendment and works to keep Americans safe and secure.

A pro-life conservative, Stephanie has received an A+ rating on the Susan B. Anthony List National Pro-Life Scorecard and has maintained an A-rating from the National Rifle Association.

Prior to her election to Congress, Stephanie Bice served in the Oklahoma State Senate for six years. During her tenure, she was Assistant Majority Floor Leader and Chair of the Senate Finance Committee.

Before her public service, Bice worked in the private sector for eight years in financial oversight, business strategy and marketing for her family’s technology company. In addition, she ran her own marketing company, and later helped lead a boutique digital marketing agency in Oklahoma City as Vice President of Business Development.

Because of that experience, Stephanie understands what it is like to sign the front and the back of a paycheck and is keenly aware of the challenges small business owners face as they strive to grow their companies.

Stephanie and her husband Geoffrey have two daughters and are members of St. Eugene Catholic Church.

Representative Bice is a firm believer that we should not rely on foreign supplies to lower U.S. gas prices. The Biden administration has turned its back on American energy production; instead of buying oil from our adversaries, this administration should help states produce affordable and reliable domestic energy for the nation. In Oklahoma, 90,000 jobs are tied to oil and gas, so this industry continues to be a priority for Bice.

Representative Bice championed pro-life policies and advocated against abortion bills in the State Senate and U.S. House. This earned her a 100% rating by Oklahomans for Life in the State Senate and an A+ rating on the Susan B. Anthony List National Pro-Life Scorecard in the U.S. House. As a member of the Pro-Life Caucus, she consistently has fought to defend the rights of the unborn and uphold the sanctity of life.

Representative Bice understands the important role of agriculture and how vital it is to our state’s economy and our national security. Because farmers and ranchers know how to efficiently take care of the land and environment, she is committed to supporting Oklahoma’s agriculture industry and continues to look for ways that the government can be a better partner. Stephanie is endorsed by the Oklahoma Farm Bureau.

Representative Bice continues to push for the enforcement of strong border protections with a wall. Illegal border crossings are causing damage in southern border communities, so she introduced the Securing American Families from Exploitation at the Border Act. The safety of Americans is at risk–action must be taken to restore order, security, and control of our border.

Representative Bice believes it is not fair to individuals who are working through the immigration process legally to grant citizenship to those who have entered the country illegally. Citizenship should not be a reward for those whose first interaction with our country was an illegal act. However, for those that want to enter the United States legally, either to become a citizen or for work purposes, we must improve the process.

Representative Bice works to give veterans access to quality healthcare, education, and economic opportunities. She also fights for accountability and transparency for Veterans Affairs. The more than 360,000 veterans across the state deserve access to quality care, so Bice has sponsored several bills improving the lives of veterans.

Representative Bice knows that the sacrifices made by our military servicemen and women and those who love them must be reflected in the care we provide to those in uniform. As a member of the House Committee on Armed Services, Bice authored many provisions of the annual defense bill, including provisions to help military families with disabled members, increase the workforce in the defense industry, and start a study on the effectiveness of suicide prevention programs.

Representative Bice has consistently fought to support and protect health care and retirement programs. In the State Senate, she was named the American Association of Retired Person’s Legislator of the Year. She has authored a bill requiring informed consent for nursing home patients for prescription of antipsychotic drugs in the State Senate and co-sponsored the Elder Abuse Protection Act in the U.S. Hous