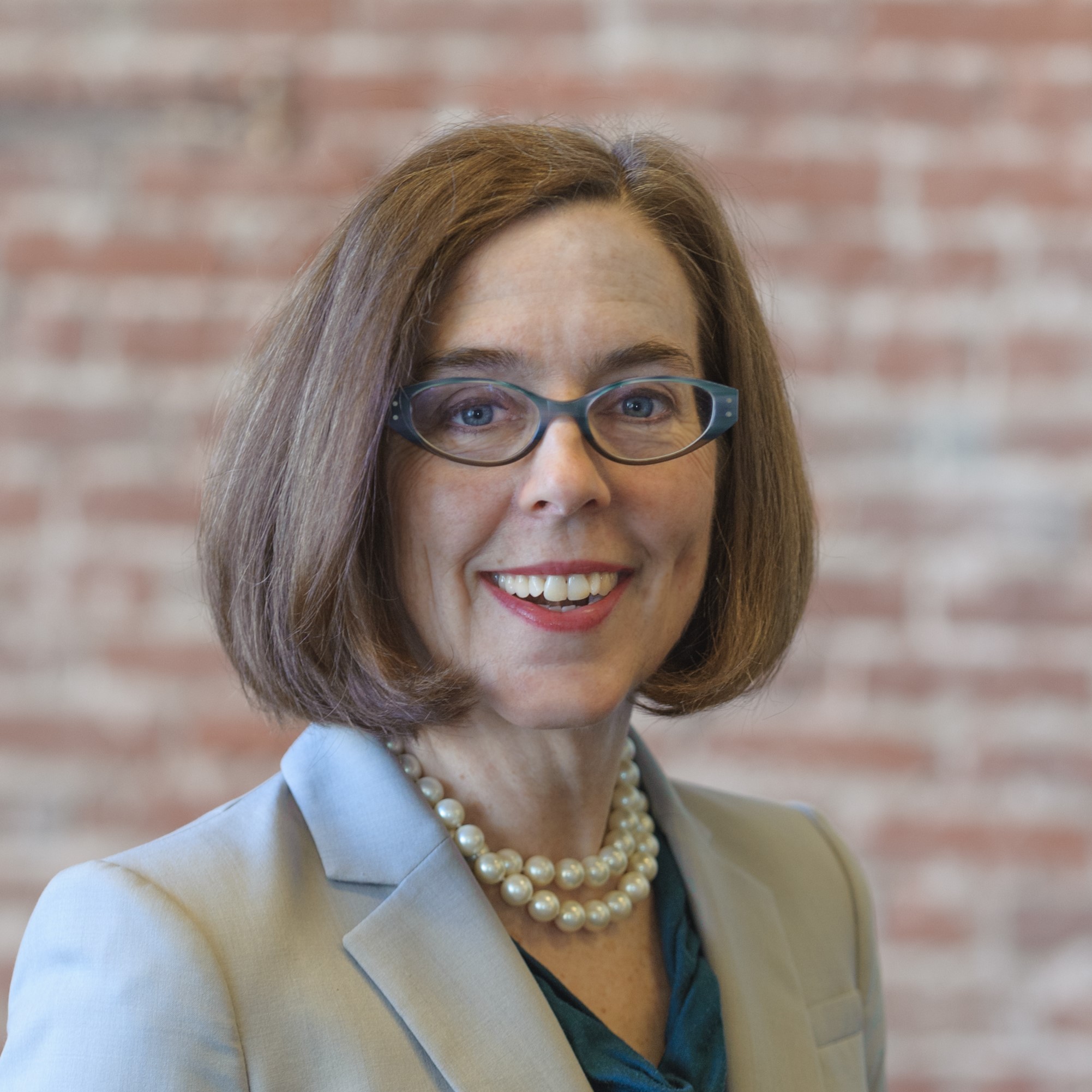 contact Governor Kate Brown
Kate Brown, Oregon’s 38th Governor, has over 25 years of experience in standing up for working families and making government more accountable. Gov. Brown came to Oregon to attend Lewis and Clark’s Northwestern School of Law, where she received her law degree and Certificate in Environmental Law. With her husband Dan, Brown raised Dan’s son and daughter, who are now grown, in Portland. In February of 2015, Gov. Brown and her husband moved into the official residence, Mahonia Hall. When Gov. Brown is not busy at the capitol in Salem, you will find her out enjoying nature throughout Oregon.

Oregon Governor Kate Brown Kate Brown is Oregon’s 38th Governor, with nearly 30 years of experience advocating for working families and ensuring that every voice is heard in our democracy. As Governor, she dramatically expanded access to the ballot box with the nation’s first automatic voter registration program, made historic investments in education, transportation, and affordable housing, and expanded the Oregon Health Plan to reach 94 percent of adults and all Oregon children so they have access to the quality health care they deserve.

Since Governor Brown took office in 2015, she has consistently worked to improve the lives of all Oregonians. Some of her accomplishments include:

As the state grapples with the COVID-19 pandemic, Governor Brown is striving to protect the health and safety of all Oregonians, and build a safe and strong Oregon that works for everyone. And, as our nation grapples with the impacts of systemic racism, Governor Brown is committed to centering racial justice in a new vision for community safety, in the state budget and in her administration’s agenda.

Governor Brown came to Oregon to attend Lewis and Clark’s Northwestern School of Law, where she received her law degree and Certificate in Environmental Law. With her husband Dan, Brown raised Dan’s son and daughter in SE Portland. When Governor Brown is not busy at the Capitol in Salem, you will find her playing out in nature with her dog, Jory.

Dan Little grew up in Boulder, Colorado and later attended Colorado State University in Fort Collins where he met his spouse, Kate Brown, while she was attending the University of Colorado. After receiving his degree in Forestry Management, Dan began his career with the United States Forest Service as a Natural Resources Biologist in 1982 in western Colorado, and moved to Oregon shortly thereafter where he worked for the remainder of his career until retiring in 2015.

In 1998, Dan was hired by the Forest Service National Headquarters to assist in developing a nationwide computer system and national applications to manage all aspects of our national resources including vegetation conditions, wildlife, stream conditions, recreation activities, and wildfire activities. Dan worked as a project manager developing the systems, while creating national standards to more consistently gather information. In recent years, Dan has done incredible work in the statewide effort for the Oregon Outdoor Recreation Initiative — to make the outdoors accessible and affordable to all Oregonians, especially those from underrepresented communities.

Dan and Kate Brown were married in October 1997, and raised his two children, Jessie and Dylan in Portland. Dan became the First Gentleman of Oregon when Governor Brown was sworn in as Oregon’s 38th Governor on February 18, 2015. They currently reside in Salem. In his spare time, he enjoys hiking, biking, and skiing along with attending events with Governor Brown.