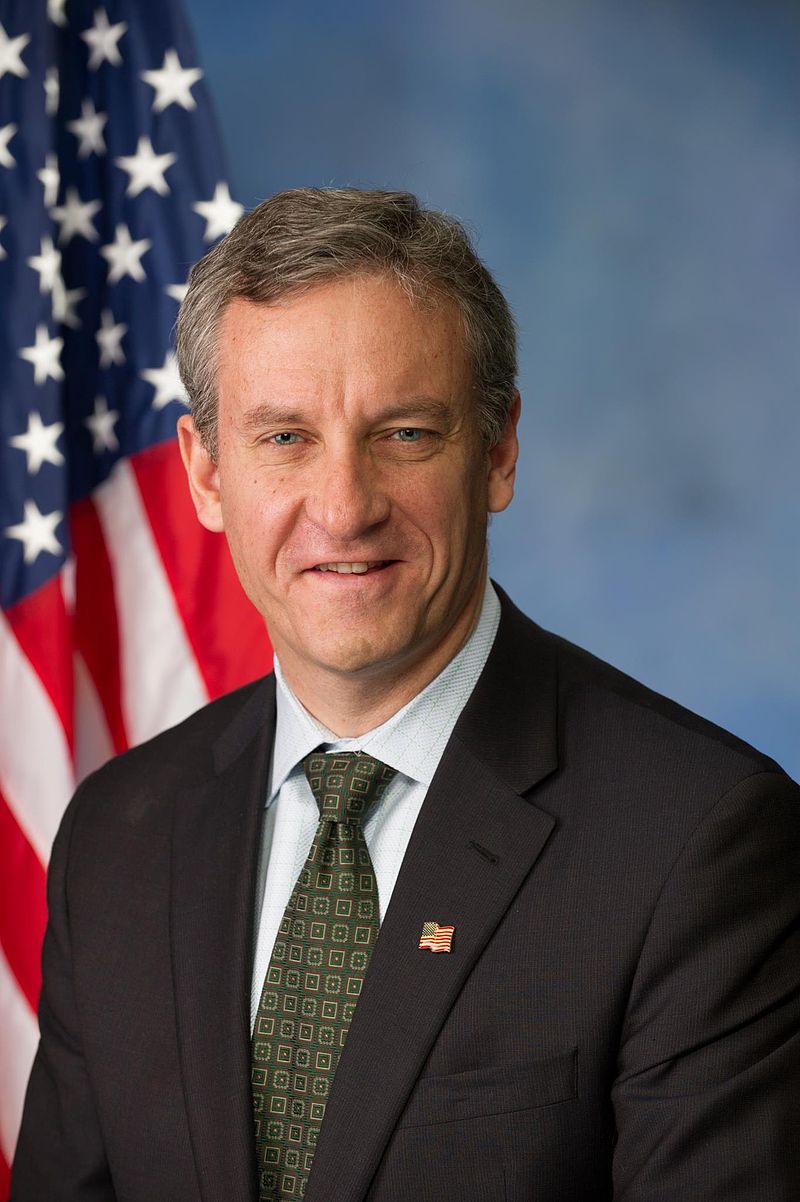 Contact Representative Matt Cartwright
Matthew Alton Cartwright is an American politician and lawyer who is the United States Representative from Pennsylvania's 8th congressional district since 2013.

Matt Cartwright has spent his entire career sticking up for working people, first as a trial attorney and now as the congressman in Pennsylvania’s Eighth District. He is a fighter for all hardworking northeastern Pennsylvanians, standing up to corporate special interests and Washington insiders to lower prices, protect and expand access to health care, and grow our local economy.

Matt was named one of the most effective Democrats in Congress for his ability to work across the aisle and get things done. From bringing a new $6 billion gas plant to northeastern Pennsylvania that will turn shale gas into car gas, creating jobs and lowering prices at the pump, to advocating for better wages and economic security for middle class Americans and high-quality care for our veterans, Matt is putting our community first.

Since taking office in 2013, Matt has introduced more legislation supported by both Democrats and Republicans than any other House Democrat. The Center for Effective Law Making named him one of the most effective members of the U.S. House for his record of advancing real solutions to the biggest issues our nation faces. During his time in Congress, Matt has sponsored bills with members of both parties that protect low-income veterans from being scammed out of their hard-earned benefits, prevent government officials from using taxpayer dollars on personal expenses, and safeguard the rights of child pornography victims.

As chairman of the House Appropriations Subcommittee for Commerce, Justice and Science, Matt has ensured the federal government is deeply invested in northeastern Pennsylvania by bringing home more federal investment than any other member of Congress from the state. He has provided funding for economic development, public safety, substance abuse treatment and key infrastructure projects.

He has also used his capacity as chairman to ensure northeastern Pennsylvania received funding for workforce development projects. Additionally, he supported legislation to bring jobs to the area’s growing economy and clean up water pollution from abandoned mines.

Matt lives in Moosic with his wife, Marion, and they have two sons, Jack and Matthew.

From the grocery aisle to the gas pump, Matt understands prices are simply out of control. That’s why he’s helping to lead efforts to address supply chain issues, develop local energy production to lower the price of gas and create jobs and take on the greed of corporate special interests looking to fatten their bottom lines by overcharging us.

In Congress, he’s supported legislation to allow the Federal Trade Commission (FTC) and state attorneys general to crack down on big oil companies who are exploiting Americans by overcharging at the gas pump and helped pass anti price-gouging legislation to hold those looking to exploit our community for profit accountable.

He also helped pass a bill that will alleviate supply-chain backups and drive down prices by requiring the Federal Maritime Commission (FMC) to crack down on shipping carriers charging inaccurate fees and unreasonably refusing space on ships with goods headed to the United States. This will help alleviate supply chain bottlenecks and help get our national and local economy back on track by getting shelves restocked and lowering prices.

Matt’s top priority is to bring down prices and ease the burden on working families.

Matt Cartwright is committed to protecting and expanding access to affordable health care for all northeastern Pennsylvanians.

Throughout his time in Congress, Matt has consistently worked to protect and expand Medicare and Medicaid and lower out of pocket premiums while maintaining protections for people with pre-existing conditions. He’s fought to rein in the big drug companies and pass legislation to take on corporate greed, voting to lower the price of prescription drugs and cap insulin costs, because no one should have to choose between taking their life-saving medications and other expenses.

He’s also brought back federal resources to rural community hospitals in the form of equipment, supplies, training, recruitment and retention. Matt will always fight to ensure rural communities in northeastern Pennsylvania have access to the quality healthcare they deserve and that no one is left behind because of their zip code.

While Washington special interests and big pharma try to rip off working families in our community, Matt Cartwright is fighting to lower your health care costs and protect your access to quality medical care.

Matt Cartwright works to ensure the United States maintains the strongest armed forces in the world and that our service members get the rewards and benefits they deserve when they come home.

Matt believes that we need a strong military and intelligence community to protect our nation from the many complex security challenges we face across the globe. He looks forward to a day when all American forces can come home and will work to ensure that every mission in which our troops are deployed is critical for the national security of the United States. He supports robust funding so our armed forces have the best equipment to keep us safe, and investment in research and development in cutting edge technologies to keep us ahead of emerging threats. Matt also firmly believes we must stand by our commitments to our allies, including NATO and Israel.

He also knows that supporting our service members can’t end once their tours of active duty end. The members of our military served us, and Matt is committed to serving them. Whether it’s housing, health care, or mental health issues, he has them covered. He’s consistently fought to fund veterans’ programs, increase their benefits, and he has passed legislation that protects veterans from financial scams. He’s also delivered millions in funding for the Gino J. Merli Veterans Center in Scranton. Matt additionally sponsored the Camp Lejeune Justice Act. This bipartisan legislation provides much-needed relief to veterans exposed to toxic chemicals in drinking water at Camp Lejeune, allowing them to receive the benefits and health care they deserve. In 2018, Matt was named Legislator of the Year by Pennsylvania AMVETS for his advocacy in support of veterans.

Matt understands the unpayable debt we all owe to our veterans and their families and will never stop fighting for those that fought for us.

Matt is an unwavering supporter of our law enforcement. He has brought back millions in federal funding for our local police departments, including $3.5 million for the Scranton Police Department for training programs and technology upgrades and $3 million for a joint fire, police and public safety station in Moosic.

He also brought back $2 million to reduce violent drug, gang and gun activity in the region, helping to make our streets safer.

Matt will always have the backs of our police and will continue to fight to give them the tools and resources they need to protect our community.

The opioid abuse epidemic has hit northeastern Pennsylvania hard, and Matt Cartwright is fighting to end it.

Too many families have been torn apart by this crisis. Matt Cartwright knows it’s a nationwide issue that has been made worse by the coronavirus pandemic and that it needs comprehensive solutions. That’s why he helped enact legislation to expand addiction counseling and resources, and why he fights every year to bring federal funding back for programs like these in northeastern Pennsylvania. Matt is also leading legislation to bring big drug companies, doctors and federal agencies together around reforms to opioid prescribing practices to limit the volume of addictive painkillers that are on the market.

Matt Cartwright knows that education is the key to a bright future for our children and our economy and that parents should be front and center in regards to their child’s education.

Everyone deserves a fair shot at achieving their dreams, and education is the key. Matt Cartwright believes in stronger federal funding for public schools to pay teachers more and prepare students for twenty-first century jobs. That’s why Matt works every year to bring millions in federal money back to northeastern Pennsylvania for early childhood education programs, including Head Start, which is crucial for children in low-income families. He’s also an advocate for much stronger federal support for grants that help make colleges, universities and trade schools more affordable.

Matt is also pushing to modernize our nation’s school infrastructure, because decades of underinvestment in our K-12 schools has resulted in decaying buildings, some of which still have toxic substances such as asbestos and lead. He supports robust federal funding to create high-quality, safe learning environments and opportunities such as universal pre-K, so that our students have the best chance at success.