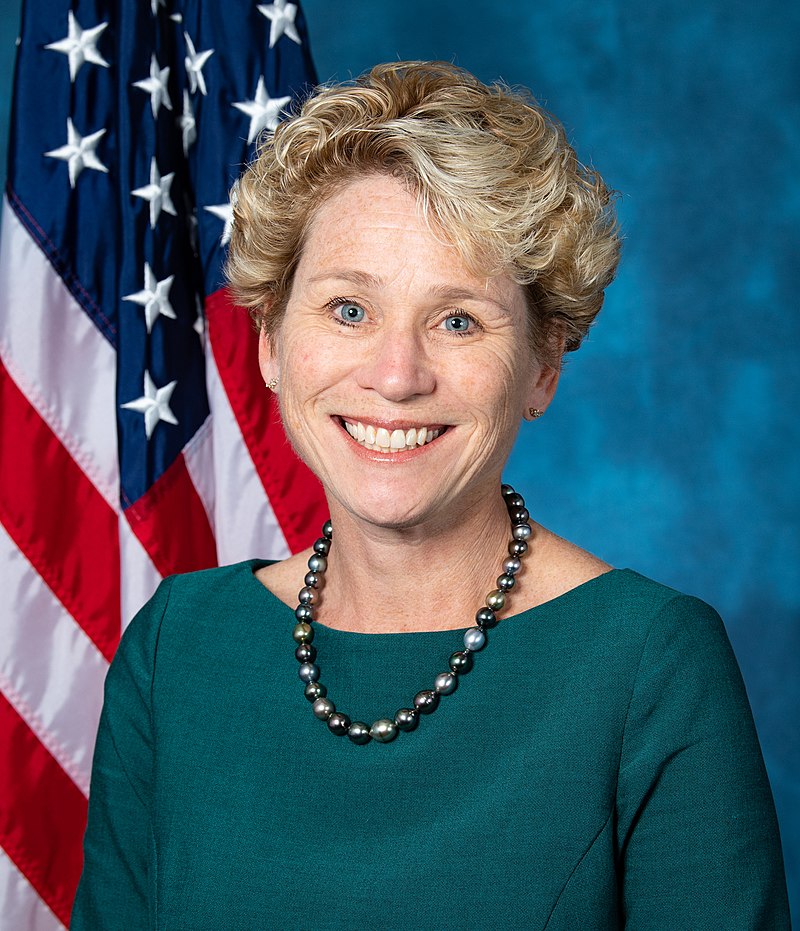 U.S. Representative Chrissy Houlahan is an Air Force veteran, engineer, entrepreneur, and educator who is continuing her career of service as the first woman ever to represent Pennsylvania’s 6th District in Congress.

Chrissy is the daughter and granddaughter of Holocaust survivors who came to America with nothing. She grew up in a military family; her parents met when her father and grandfather flew P3s in the same Navy squadron. She earned her engineering degree from Stanford with an ROTC scholarship that launched her service in the U.S. Air Force and Air Force Reserves, and later earned her M.S. in Technology and Policy from MIT.

Chrissy has helped lead several thriving Southeastern Pennsylvania companies including AND1, a basketball apparel company headquartered in Paoli, and B Lab, the organization that launched the B Corporation movement. She went on to serve in Teach for America as a chemistry teacher at Simon Gratz High School in North Philadelphia, and then led and scaled a non-profit helping thousands of underserved students all across America build their literacy skills.

These experiences helped shape her political vision of a great nation united by common values that leaves no one behind. She is committed to fighting for access to quality, affordable healthcare, common sense gun safety, government accountability and transparency, and working to build a strong, stable economy with good jobs and good benefits for everyone.

During the 116th Congress, Chrissy was honored to have been a recipient of the Abraham Lincoln Leadership for America Award. The U.S. Chamber of Commerce presents this award to top Senators and Representatives on both sides of the aisle for supporting legislation that is important to the business community and the free enterprise system.

Chrissy is a leader driven by a spirit of service. She’s a mom, a longtime resident of Southeastern Pennsylvania, and a first-time congressional representative heading to Washington to solve real problems for the people and communities of Pennsylvania.

We need to build our economy so that it delivers for everybody, not just the wealthy.

In the private sector, I learned that when workers are empowered, communities thrive. As Chief Operating Officer of AND1 Basketball, I helped to employ thousands of workers in Southeast Pennsylvania and build a business that prioritized employee well-being. We offered workers high wages and world-class benefits including robust healthcare, paid family leave, and paid medical leave. As a result, we enjoyed a motivated workforce and benefits for our company, workers, and community. I then took that lesson and advocated for better business practices that focus not only on the quarterly bottom line, but also on workers and our planet.

Unfortunately, due to rising income inequality, even as stock prices go up, far too many families struggle to make ends meet, and COVID-19 only made things worse. We need to rebuild our economy so that the American Dream is available to everyone who is willing to work for it. We must ensure that workers can find high-quality jobs, businesses can grow, and costs are affordable for Pennsylvania families. That’s why, in Congress, I proudly serve on the Small Business Committee and promote solutions that will lead to a more prosperous and equitable economy.

I am focused on making our economy work for working people by: