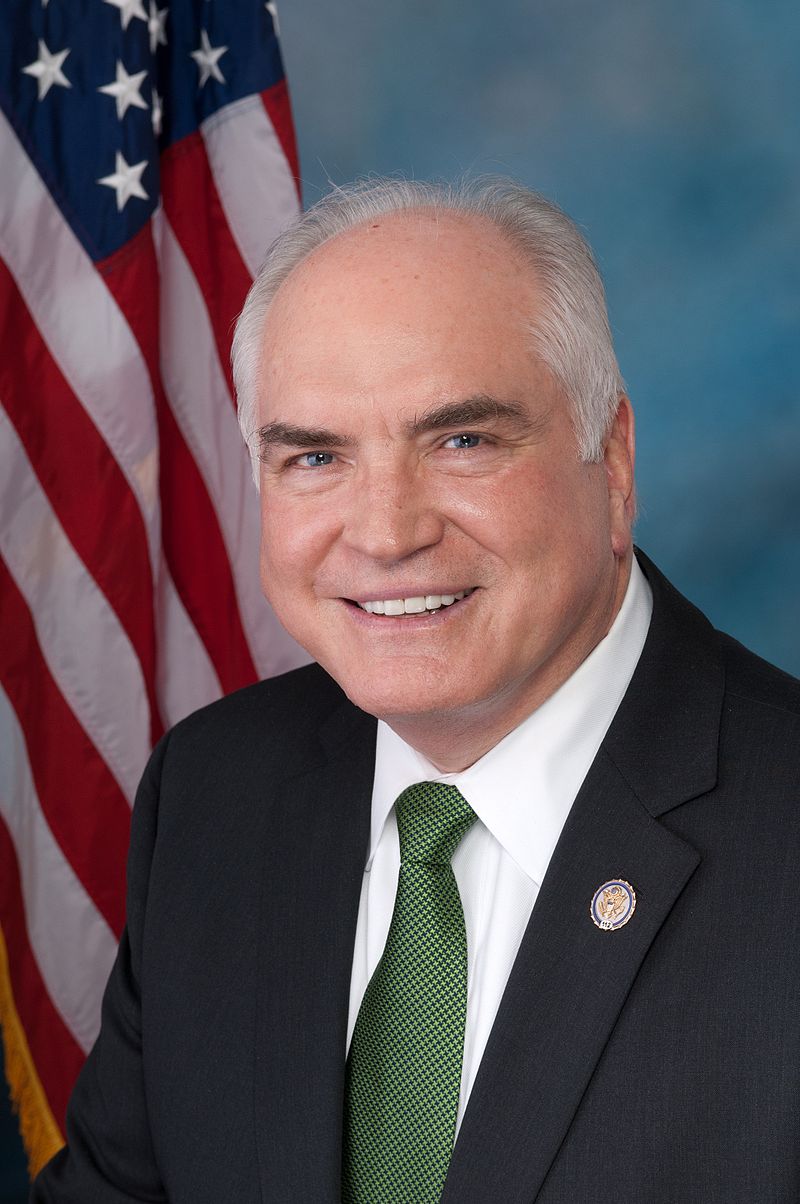 Contact Representative Mike Kelly
George Joseph "Mike" Kelly Jr. is an American in the Republican Party who has been a U.S. Representative since 2011 and is currently serving as representative for Pennsylvania's 16th congressional district.

Mike purchased ownership of the dealership in the mid-1990s and expanded its operations to include both a Hyundai and Kia franchise. The dealership currently employs over 100 people and is respected as a leader in both the local and national automotive industries.

Prior to being elected to Congress in 2010, Mike served on Butler City Council, the Butler Area School Board and the boards of other local civic organizations including the Housing Authority of Butler County, the Redevelopment Authority of Butler County, Catholic Charities and the Moraine Trails Council of the Boy Scouts of America. Mike and his wife Vicki live in Butler where they raised their four children. They are also the proud grandparents of ten grandchildren.

Mike believes in fiscal responsibility and smaller government. As a small business owner, he knows first-hand that businesses create jobs – not the government. Thanks to his seat on the U.S. House Ways & Means Committee, Mike is in a position to promote pro-growth tax reform to simplify the tax code and lower tax rates which would leave more money in the pockets of American families and workers.

Mike sits on the following subcommittees of the Ways & Means Committee: the Subcommittee on Oversight, where is the ranking member; the Health Subcommittee; and the Oversight Subcommittee. Mike is an appointed member of the President’s Export Council and serves on many caucuses including the Pro-Life Caucus, the Steel Caucus, the Manufacturing Caucus, the Coal Caucus, and the Job Creators Caucus. Additionally, Mike serves on the Northeast-Midwest Congressional Coalition, a bipartisan group of members of Congress from the eighteen northeastern and midwestern states. The Coalition works together on issues related to the economic well-being and environmental health of the region.

We need common sense, pro-growth policies that remove barriers to economic growth. We need to remove onerous regulations that stifle private sector investment and hamper job creation. I support legislation to fix the tax code with common sense changes that ensure everyone pays their fair share and families have less of a tax burden. We need a tax code that will generate domestic economic growth while we also enact legislation to open new markets around the world for American made products.

Our energy policy should include an “all of the above” and “everything below” approach to addressing our current and future energy needs. We need a policy that encourages the development and responsible usage of all forms of American energy – coal and natural gas to biofuels and everything in between. There is not one single solution to solving America’s energy challenges, but by using hydropower, clean coal, natural gas, nuclear power, biofuels and oil, along with the growing capacity of solar and wind power, we can take environmentally responsible steps towards American energy independence.

As a former school board member, I know first-hand that spending massive amounts of money on education does not always lead to positive results. We need to make sure that local communities have both adequate funding and the flexibility to address their particular needs. We also need to focus on accountability, funding only what works, and expanding parental choice. We need to make sure that our higher education options include not only traditional colleges, but also provides career and technical education programs. Supporting a range of educational options will provide our workforce with the skills we need to compete and succeed in today’s global economy.

We need a strong military that is prepared to protect Americans from our enemies now and in the future. I will continue to support legislation to provide robust funding for our military forces ensuring that they are fully equipped and trained to defend our country. I also support the use of intelligence tools to protect our nation by collecting counterterrorism information and foreign intelligence to protect the United States from attack, while taking care to protect the civil liberties and privacy of American citizens and permanent residents.

Congress must find ways to reduce the taxes that individuals pay while ensuring that the government is fiscally accountable for how we spend tax revenue. Tax revenue is generated by working people and we need to make sure that we generate more taxes because more people have jobs – not by raising tax rates. I believe that the tax code should be simpler, taxes should be lower, and that the federal government needs to be careful not to pick winners and losers.

We owe our liberty and freedom to our veterans. I am committed to serving our veterans by working to ensure that they receive the benefits and care that they so greatly deserve. I am eternally grateful to all those men and women who have served in our armed forces and to those who are currently protecting us around the globe. In addition to making improvements to the VA healthcare system, I am also committed to serving our veterans by making sure that adequate job training and educational opportunities are available for them.