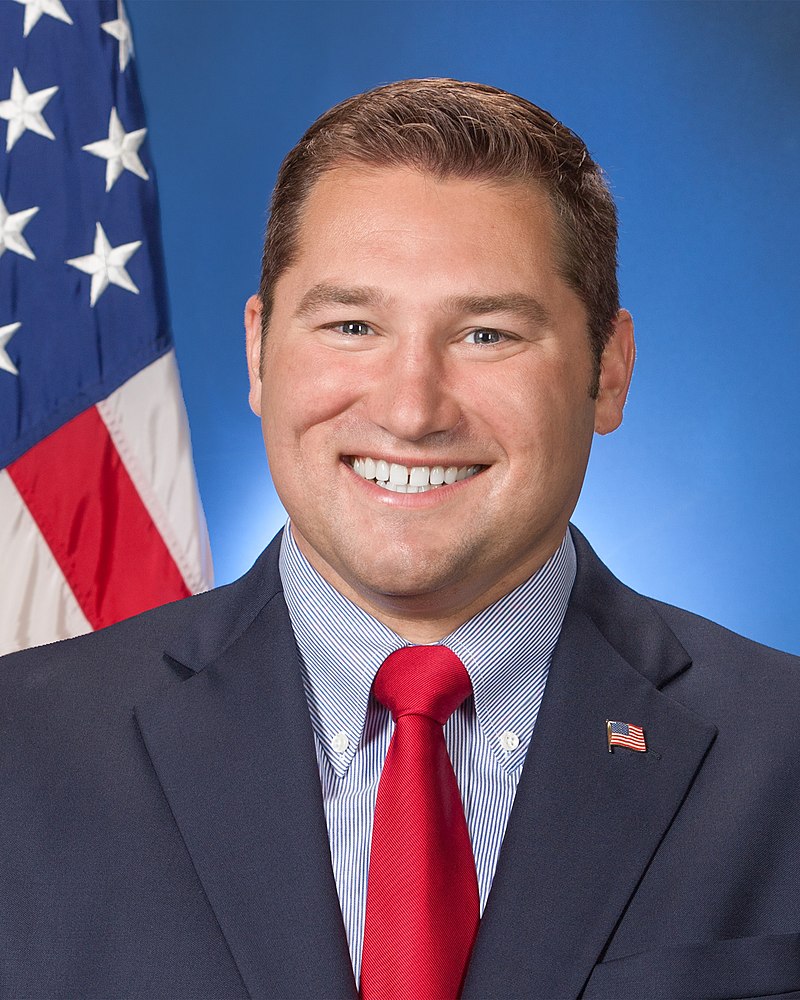 Congressman Guy Reschenthaler was sworn into office for a second term on January 3, 2021 to represent Pennsylvania’s 14th Congressional District including Washington, Fayette, Greene, and portions of Westmoreland Counties.

The son of former teachers, Guy was raised in southwestern Pennsylvania, graduated from Penn State, The Behrend College, and completed law school at Duquesne University.

After law school, Guy fulfilled a lifelong dream and joined the U.S. Navy Judge Advocate General Corps and volunteered for duty in Iraq.

In Baghdad, Guy prosecuted nearly 100 terrorists, including some of Iraq’s most dangerous terrorists. He also successfully defended a Navy SEAL falsely accused by the Obama Administration of mishandling the Butcher of Fallujah.

Stateside, he served as a Navy lawyer in Norfolk, Virginia and then as Officer in Charge (OIC) of Naval Legal Service Office for Texas and Oklahoma, where he was the first uniformed military officer to ever receive the Southern District of Texas Chapter of the Federal Bar Association’s prestigious award for outstanding ethics and professionalism.

Back home in southwestern Pennsylvania, Guy practiced law and developed experience running a small business as a partner in real estate brokerage and other real estate-related businesses, employing roughly a dozen employees.

In 2013, he was elected Magisterial District Judge, winning the nomination of both parties, and in 2015, he was elected to serve in Pennsylvania’s State Senate representing portions of Allegheny and Washington County.

Guy currently serves on both the House Appropriations Committee and the House Committee on Rules. In addition to serving as the Elected Leadership Committee Representative for the Class of 116, Guy was selected by Republican Leader Kevin McCarthy to serve on the China Task Force.

Guy’s priorities include limiting government and lowering taxes, reforming our criminal justice system, supporting our nation’s veterans, combatting Communist China, and helping senior citizens. He is fighting for his constituents in southwestern Pennsylvania every day to create jobs and preserve every person’s freedom and opportunity to achieve the American Dream.

I can help our nation fight and defeat ISIS, al-Qaida , and other terrorist groups. In Iraq, I sat face-to-face with members of al-Qaida , the bombmakers, the murderers. I won 13 death penalties against these terrorists and I personally cross-examined – and outwitted – the Butcher of Fallujah.

In Congress, I will fight to protect the people of southwestern PA and keep them safe.

I have a track record of fighting in Harrisburg to create jobs by cutting regulation and holding bureaucrats accountable.

In Congress, I’ll fight to create jobs by cutting red tape and unshackling job creators to get the people of southwestern Pennsylvania working again.

I am the prime sponsor of the bill to end the dangerous practice of sanctuary cities. I know the immigration issue well and I know the chilling effects illegal immigration has on our communities.

In Congress, I will fight to secure our border and reform our outdated immigration system to stop the flow of drugs and opioids, crackdown on child sex trafficking, end sanctuary cities nationwide, and protect the jobs and wages of American workers.

The tax cuts passed by Congress in December of 2017 are creating jobs and putting money directly in the pockets of American workers. Nancy Pelosi and her liberal allies have promised to repeal this bill and raise your taxes.

In Congress, I will fight to make these tax cuts permanent and stop extreme liberals from raising your taxes.