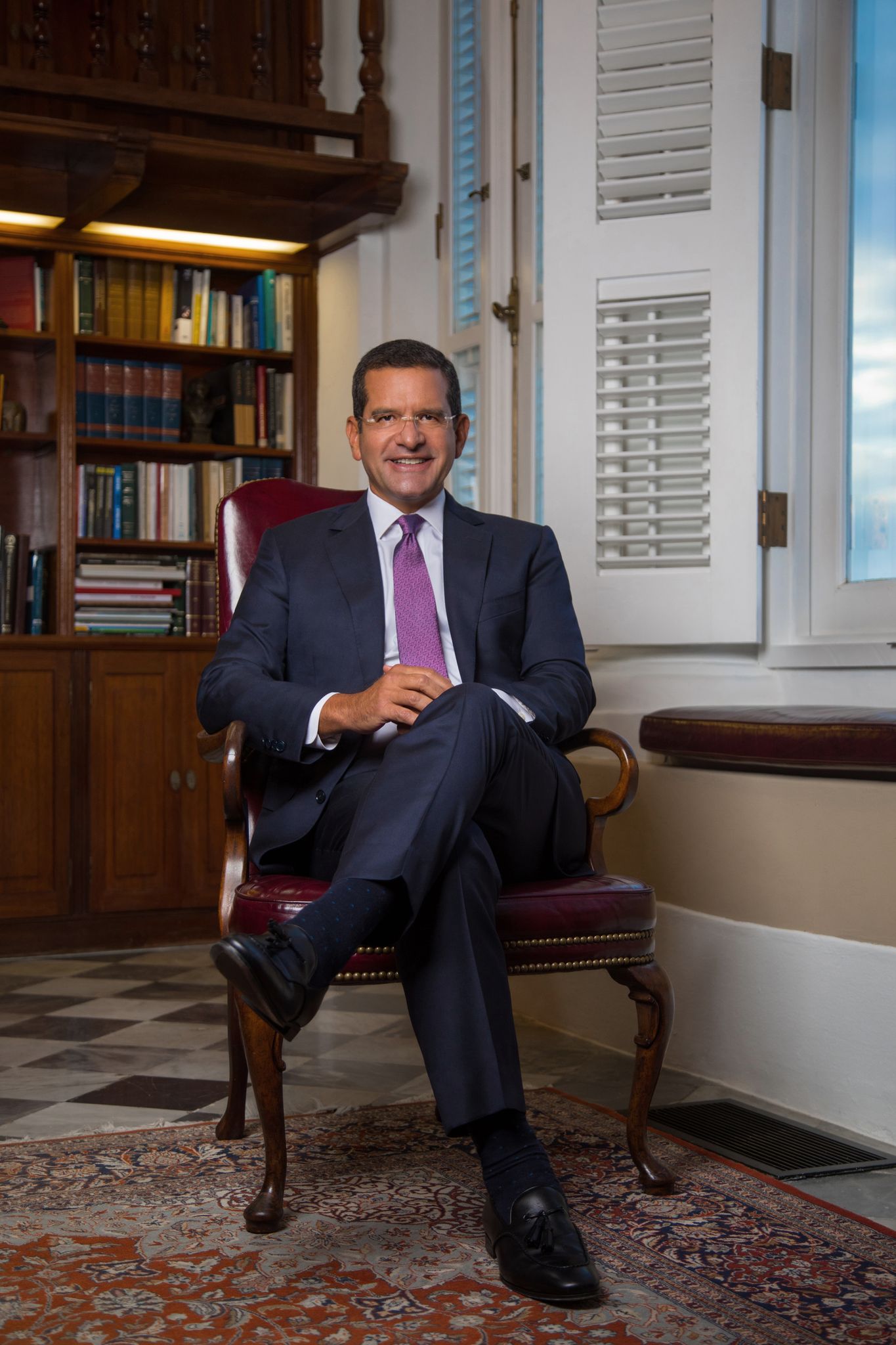 Know more about Governor Pedro Pierluisi
Pedro Pierluisi is the Governor of Puerto Rico and presides over the New Progressive Party. He was elected on November 3, 2020. Pierluisi is a lawyer from San Juan with 35 years of experience in the public and private sectors.

Pedro Pierluisi is the Governor of Puerto Rico and presides over the New Progressive Party. He was elected on November 3, 2020. Pierluisi is a lawyer from San Juan with 35 years of experience in the public and private sectors.

He began his professional career in Washington, D.C. as an assistant to Resident Commissioner Baltasar Corrada del Rio. He then practiced for six years as a trial lawyer in that city. He returned to work in Puerto Rico in 1990, and from 1993 to 1996, served as Puerto Rico’s Secretary of Justice before turning 34. As a chief legal officer of our government he published numerous opinions and argued two important constitutional cases before the Supreme Court of Puerto Rico, supervised over 500 lawyers and prosecutors and excelled in the fight against crime by obtaining the Puerto Rico’s designation as a High Incidence Drug Trafficking Zone. Commissioned by the White House, he lobbied Congress to pass President Clinton’s Anti-Crime Act. He was then a partner in a prestigious law firm for ten years before returning to public service.

He was Puerto Rico’s Resident Commissioner in Washington from January 2009 to December 2016, and during his tenure in Congress, he compiled an impressive record of accomplishments in multiple areas. He secured billions of dollars in federal funds and tax credits for Puerto Rico under the American Recovery and Reinvestment Act (ARRA), worked to ensure that Puerto Rico and the other U.S. territories received fair treatment in federal Health Care Reform, which tripled the amount of federal funds given to Puerto Rico to fund the public health care system. Similarly, Pierluisi worked to advance multiple concrete actions by federal agencies around public safety, economic development, education, health, and environmental protection.

The former Resident Commissioner, a Democrat, has always advocated for ensuring fair treatment for American citizens residing in Puerto Rico, including a relentless fight to achieve equality for Puerto Rico under all federal programs and every U.S. law that can only be achieved through Statehood. The people of Puerto Rico voted overwhelmingly in November 2020 to make the island a state of the American nation and elected Pierluisi as Governor of Puerto Rico.

Pierluisi, the father of four adult children and the grandfather of five grandchildren, earned his Bachelor’s degree in 1981 from Tulane University in New Orleans and his Juris Doctor in 1984 from George Washington University in the federal capital.