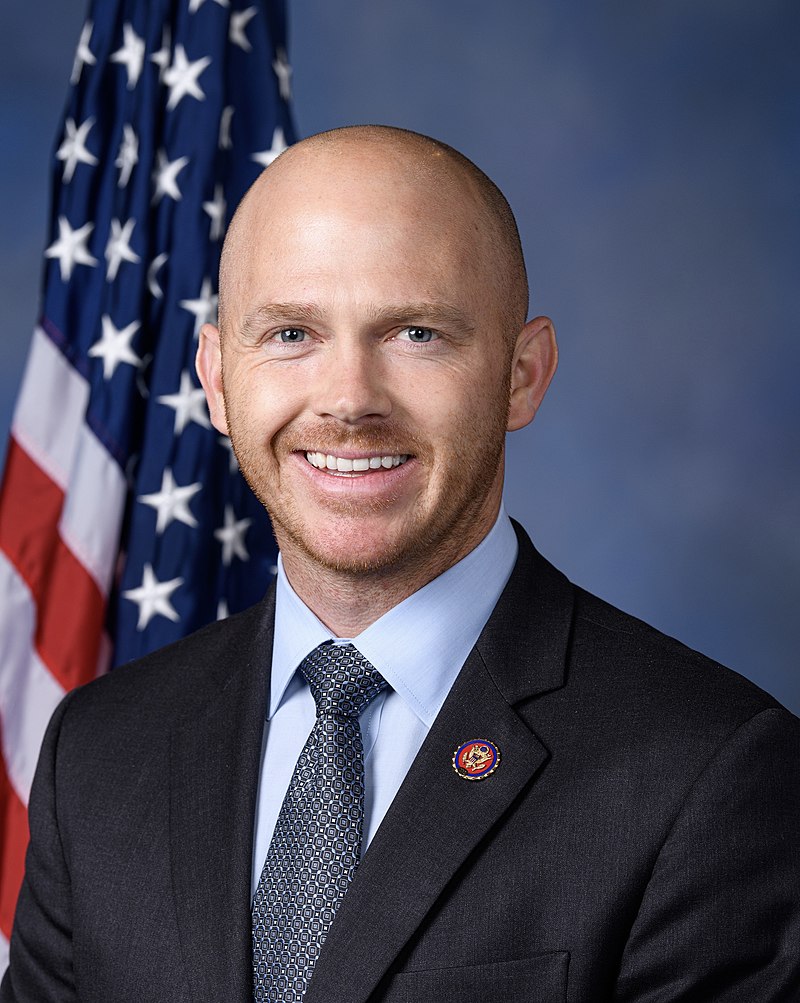 Contact Representative William R. Timmons IV
William Richardson Timmons IV is an American attorney, entrepreneur, and politician from South Carolina. He is the United States representative for South Carolina's 4th congressional district. The district is located in the heart of the Upstate and includes Greenville, Spartanburg, and most of those cities' suburbs.

William Timmons is a conservative reformer with a small business background committed to finding solutions to everyday problems. He is honored to represent South Carolina’s 4th Congressional District in the United States Congress, where he has been fighting for our Upstate conservative values since 2019.

William began his professional career as a prosecutor in the Thirteenth Circuit Solicitor’s Office in Greenville, primarily serving victims of domestic violence and abuse. In this role, he saw inefficiencies in the criminal justice system that were wasting valuable tax dollars and impeding justice. He then helped create one central court for all domestic violence cases in Greenville County.

As a small business owner in the Upstate, William formed unique coalitions of business leaders to combat the growing cost of burdensome government regulations and taxes. This collaborative effort inspired him to run for the South Carolina Senate where he worked across party lines to limit government and make it more accountable to the people.

In Washington, William was appointed to the House Financial Services Committee, a top committee where he serves as a voice for South Carolina’s citizens and small business community. His strong record as a principled conservative and his desire to shake things up in Washington is why he was chosen as the top Republican on the Modernization Committee, where he has helped pass over 100 recommendations to bring transparency and accountability to the federal government. Soon after being sworn in to Congress, William’s colleagues chose him to be their representative on the Republican Steering Committee to help guide the direction of the Republican Conference in the House.

In addition to serving in Congress, he is a Captain and JAG officer in the South Carolina Air National Guard. William graduated from George Washington University and received a Juris Doctorate and Master’s in International Studies from the University of South Carolina. He most recently earned a Master’s Degree in Cybersecurity Risk and Strategy. William is a lifelong and active member of Christ Church. He and his wife, Sarah, live in Greenville.

UPHOLD INTEGRITY OF OUR ELECTIONS

I believe the right to vote is fundamental to our republic. We also have a duty to restore confidence in our election system and the public’s trust that their vote is counted and their voice is heard. I support Voter ID laws and other safeguards that make it easier to vote and much harder to cheat. We must also ensure that every legal vote is counted and that results are made public in an accurate and timely manner. From registering to vote to casting your ballot to final tabulation, we must ensure the safety and security of our elections throughout every step of the process.

The United States Armed Forces are the best in the world, yet years of budget cuts hindered our national security. I was proud to support legislation to rebuild our military, increase our readiness capabilities, and provide our men and women in uniform with a well-deserved pay increase. I will always stand with the men and women who have honorably served our nation in the military, and I will fight to ensure every veteran gets the benefits and medical care they have earned.

DEFEND THE RULE OF LAW

The rule of law has been under attack. I support the brave men and women of law enforcement who put their lives on the line to keep us safe and will never defund the police. In America, we believe in the rule of law, and I will always defend it.

Every life is sacred. I am proudly pro-life and believe all life starts at conception. I actively support pro-life legislation and policies to protect the God-given right to life.

Government spending is out of control, and our national debt is growing by the trillions. This is one of the greatest national security threats we currently face. I ran for Congress to restore fiscal sanity in Washington and rein in unnecessary spending. I have consistently voted against multi-trillion-dollar spending bills since coming to Congress. The federal government must live within its means. South Carolina families have to balance their budgets, and so should the government.

I believe we must hold elected officials accountable for their actions and maximize transparency in everything the government does. Washington should be accountable to the American people only—not special interests. One of the very first bills I introduced was to impose term limits. Career politicians prevent us from getting things done in Washington.

Our broken immigration system is in desperate need of reform, and we have an undeniable crisis at our southern border that is only getting worse. I have been to the border and seen firsthand the challenges our border patrol agents face. We need comprehensive immigration reform to solve the root causes of this crisis and common-sense border security measures. I supported President Trump in building the border wall and will fight to make sure it is finished.