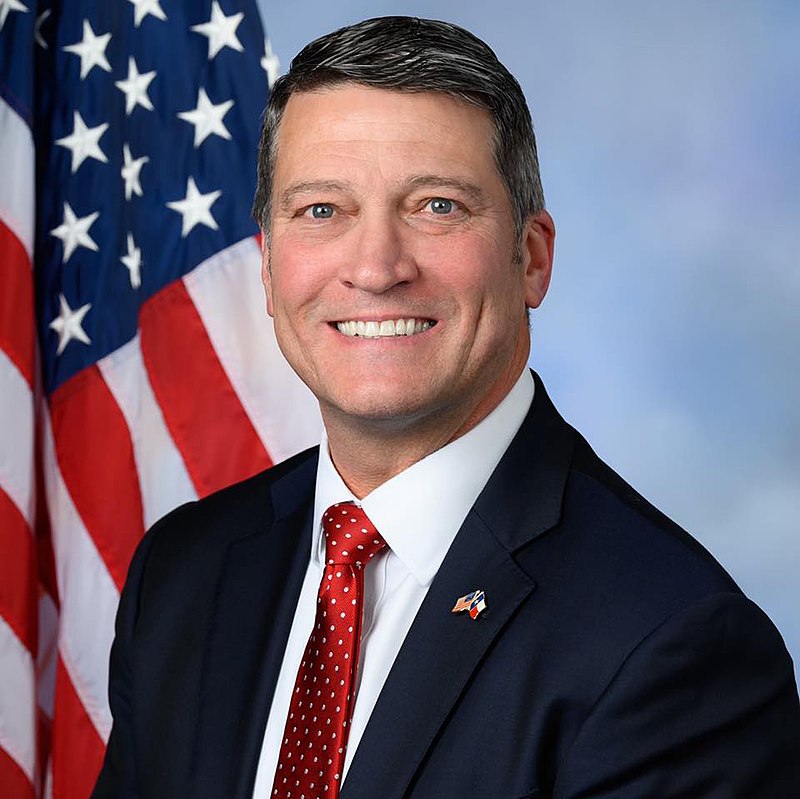 Doctor Ronny Jackson is a retired Rear Admiral in the United States Navy. He retired from the military on December 1st, 2019, after 25 years of Active Duty service to his country. His last duty assignment was at the White House, where he served as Assistant to the President and as the appointed Chief Medical Advisor to President Donald J. Trump.

Born and raised in a hardworking blue-collar family in the small town of Levelland, Texas, Doctor Jackson has worked full time since the age of 14. Employed at the local grocery store and later as a roustabout in the oil field, he paid for his entire undergraduate education while still serving his local community as a volunteer firefighter. After beginning his education at the local junior college, he went on to graduate from Texas A&M University at Galveston and then attended medical school at the University of Texas Medical Branch. During his time in medical school, he served in the Navy Reserves, and immediately upon graduating in 1995, he was assigned to the Naval Hospital in Portsmouth Virginia, where he began his active duty military career as an officer in the United States Navy.

After completing his first year of residency training in 1996 and receiving the “intern of the year” award, he went on to become the Honor Graduate of the Navy’s Undersea Medical Officer Program in Groton, Connecticut. As a fully qualified Navy Deepsea Diver uniquely trained in hyperbaric and submarine medicine, his subsequent naval assignments included serving as the Diving Medical Officer with Explosive Ordnance Disposal, Special Operations, Naval Special Warfare, and Navy Salvage Diving teams, stationed in Norfolk, Groton, Panama City, Pearl Harbor, and Sigonella, Italy.

In 2001, after 5 years in the Navy Diving community, Doctor Jackson returned to the Naval hospital in Portsmouth to complete his residency in Emergency Medicine, finishing at the top of his class and receiving the Honor Graduate designation. In 2005 he was assigned to the United States Marine Corps and joined the 2nd Marines, Combat Logistics Regiment 25, in Camp Lejeune, North Carolina. From there, he deployed to one of the most violently contested regions of Iraq as the Emergency Medicine Physician in charge of Resuscitative Medicine for a combat Surgical Shock Trauma Platoon in Taqaddum, Iraq.

Ronny has been married to his wife Jane for 27 years and they have 3 children. Libby has her MBA and works in Virginia, Ben is a graduate of the Naval Academy and a U.S. Navy SEAL, and Matthew is a junior in high school, and hopes to attend college at the U.S. Naval Academy and become a fighter pilot.

I support strong protected borders. I will work hard to push serious and strong immigration reform that limits the number of immigrants and refugees that can legally enter our country. Only those that are vetted, screened, and go through the legal process should be allowed to enter. I will work tirelessly to prevent anyone from entering our country illegally. I have spent time on the southern border while working as a Senior Advisor for President Trump and I understand the issues and I know the answers. Additionally, I support the border wall. The men and women of Customs and Border Protection, the Border Patrol, and Immigration and Customs Enforcement (ICE), need the wall in place to effectively do their job and protect us from criminals, gang members, drug smugglers, and human traffickers that continue to cross our border every day. Immigration is a national security issue and should not be used as a political tool by the left.

I will defend our right to keep and bear arms. I believe that law abiding citizens of this country should be able to have guns in their homes and carry them in public. I am a member of the NRA and have been a gun owner my entire life. I will work to ensure that no one can take away or limit our ability to defend ourselves or our constitutional right to our guns. In Congress, I successfully helped lead the charge to remove any “Red Flag Law” provisions in the NDAA, as well as lead other initiatives to defend our right to keep and bear arms.

I am Pro-Life and I will staunchly defend the life of the unborn. Every life is a blessing from God, and we must treat all life as sacred and do everything possible to protect it.

I will work hard to lower healthcare cost. Health insurance, medical care, and the drugs that Americans rely on for their health and well-being are all far too expensive. The cost of healthcare is far outpacing the income for most people in this country. I will work to eliminate the monopolies in healthcare, continue to promote transparency in billing, reform pharmaceutical pricing and bring down the cost of drugs, and protect Americans from the liberal agenda and the socialist healthcare plans of the left.

I support term limits for all members of congress and if elected I will pledge to serve no more than 4 terms or 8 years. In addition, I will support legislation to establish term limits for every member of the U.S. House of Representatives and the U.S. Senate.

I will aggressively support our veterans. We should consider our veterans a national treasure and we must make sure they get the benefits and services they have earned while defending our country and keeping us all safe. In Congress, I’ve lead several letters and pieces of legislation to help those who’ve served. This includes

The encouragement of public-private partnerships to help build more VA medical centers in rural areas through the introduction of H.R. 4419 – The CHIP IN for Veterans Act Advocacy for our rural veterans through a letter to Secretary McDonough outlining the need to prioritize the well-being of rural veterans, which included more than 80 co-signers Support for the modernization of the National Personnel Records Center to fix the records requests backlog plaguing veterans through a letter to Archivist Ferriero

I am in favor of a strong national defense and will work to protect and maintain our military dominance. We have the greatest, strongest, and most capable military on the planet. This fact alone serves as powerful deterrence to those who would do us harm. We must support our military.

I will protect the industry of this district and work tirelessly to support farmers, ranchers, the oil and gas industry, Bell Helicopter, Sheppard Air Force Base, Weber Aircraft, Pantex, and other industries critical to the economy of the 13th congressional district. All these industries are not only important to the district but are also directly related to our national defense and to a strong national economy. I will pledge to promote and grow these industries in the district.

I am fiscally conservative, and I will work to limit government spending and reduce our national debt.

I am in favor of reforming our education system. The primary education of our children should be a local and state issue. The federal government should not be able to mandate and promote the liberal agenda of other parts of the country on our schools in the state of Texas and the 13th Congressional District.

Higher education at the college and university level should be more affordable and cost-effective education at junior colleges and trade schools should be encouraged and available for those who don’t seek the traditional university pathway.