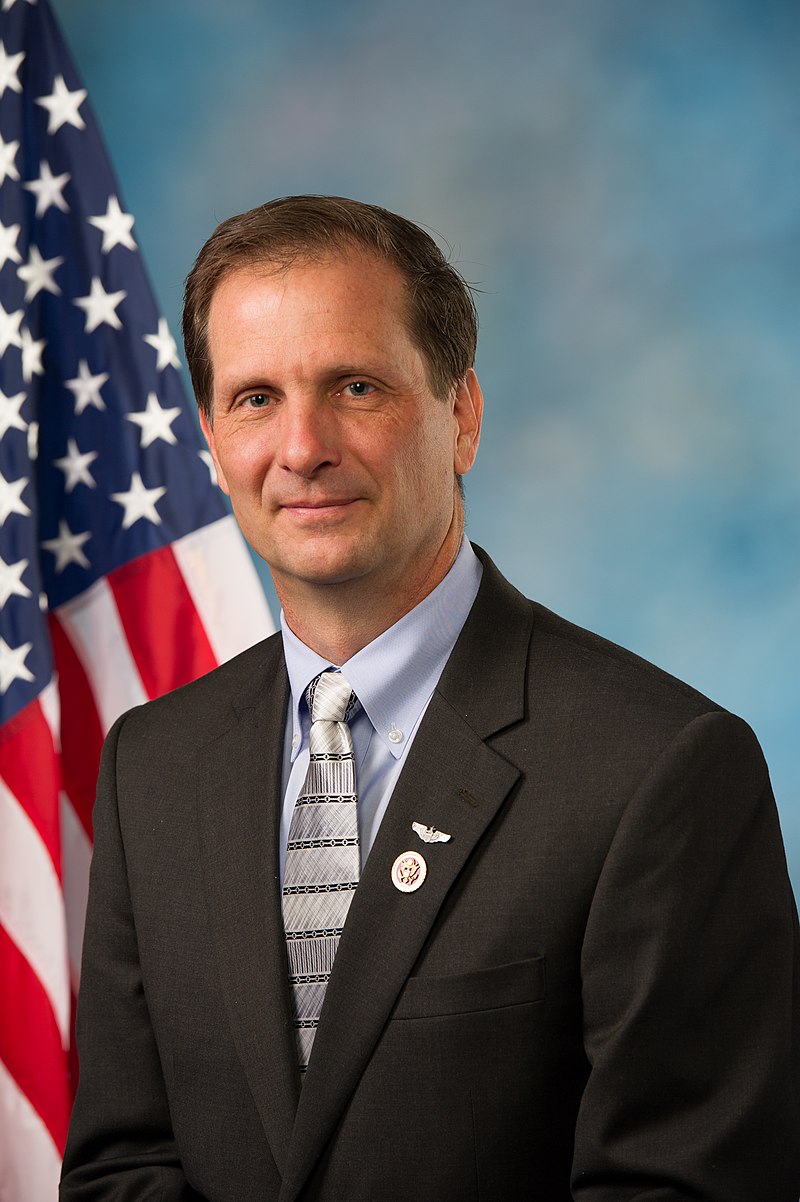 Chris Stewart is the Congressman from Utah’s Second Congressional District. He is a multiple New York Times best-selling and national award-winning author, world-record-setting Air Force pilot, and the former owner and CEO of a small business.

Chris is one of ten children and grew up on a dairy farm in Cache Valley. He graduated from Utah State University, where he earned his degree in economics. Upon graduation, Chris joined the United States Air Force where he was the Distinguished Graduate (top of his class) in both Officer Training School and Undergraduate Pilot Training. He served for fourteen years as a pilot in the Air Force, flying both rescue helicopters and the B-1B bomber. He holds three world speed records, including the world’s record for the fastest non-stop flight around the world.

Chris has also written 17 books, several of which have become national best-sellers and have been published in six different countries.

Before being elected to Congress, Chris served as president and CEO of the Shipley Group, a nationally recognized firm for consulting expertise in energy and the environment. He and his wife, Evie, are the parents of six children.

Chris now serves as a member of the following committees: House Permanent Select Committee on Intelligence and the Appropriations Committee.

I believe that the fundamental responsibility of the federal government is to provide for our mutual defense. Recent world events in the Middle-east and North Africa illustrate that we still live in a dangerous world. Hostilities are growing in many corners of the world. History assures us that another security crisis will come. When it does, it is absolutely essential that we be prepared. We must keep our military strong. We must provide our troops with the tools that they need to succeed. President Obama has neglected the military during his administration. As recent events in Ukraine, Iraq and Syria have shown, the world is not ready for a smaller U.S. military. Now we have seen what happens when the U.S. refuses to honor its obligation as the world’s only superpower, a nation that has stood for something rare and exceptional for generations.

As an Air Force veteran and your Congressman, I am dedicated to ensuring your security and well-being. I can guarantee that no stone will remain unturned as I work to protect American families. Additionally, I am fully aware of the need for government scrutiny and have committed myself to pursuing responsible military spending. By closing overseas bases and streamlining operations, the military can sustain some reductions in spending without hurting national security. I am fully dedicated to safeguarding American safety both home and abroad.

Education is a vital part of our economy, and good education programs will ensure success both now and in the future. As a father of six children, I am deeply interested in the quality of education that our children receive in the State of Utah. I strongly believe that education decisions are best decided at state and local levels. Local and state leaders—those who have direct interaction with parents and teachers in their communities—are best positioned to determine policies that affect Utah’s students, not Washington bureaucrats. I support legislation that keeps education choices in the hands of parents, along with local and state leaders.

The Financial Services industry is vital to our economy. In 2010, Congress passed the Dodd-Frank Wall Street Reform and Consumer Protection Act. This lengthy document, however well-intentioned, was poorly-designed. The Financial Services Committee of the House of Representatives reported that of the 400 rules required to be established under the Act, only 224 have been written. These 224 rules and regulations already consume 7,365 pages and will require private sector job-creators to spend 24,180,856 hours to comply with the rules. The Dodd-Frank Act is hindering financial institutions and small businesses. Instead of focusing their efforts on creating jobs and growing our economy, small businesses and financial institutions are spending increasing amounts of time and money to comply with the rules. Rather than hindering these institutions and businesses, we must seek to help them succeed and, in turn, spur the economy.

As a former small business owner, my employees were like my own family. I know many Utahns that are suffering through what has become the slowest economic recovery since the Great Depression.

Energy independence is vital to national security. In order to become less dependent on foreign energy, we must be able to pursue responsible development within our own borders. Maintaining a diverse energy portfolio will protect our current and future interests, while creating jobs at home.

I support the responsible development of oil, natural gas, clean coal, and a variety economically viable renewable energy options. We are fortunate to live in a district full of scenic and natural resources. Multiple use land policies enable their responsible use, while protecting their integrity. I am committed to protecting environmental integrity while also supporting energy development to bring in needed revenue, jobs, and overall security.

Our health care and insurance systems need reform. In 2010, Congress enacted the Patient Protection and Affordable Care Act, commonly referred to as ObamaCare. The Supreme Court ruled in 2012 that the penalty assessed to individuals who fail to purchase insurance is a tax. As a former small business owner in Davis County, I see and understand the stresses that this tax penalty is forcing upon business owners throughout our district. Not only are jobs being killed by the implementation of Obamacare but it is crushing economic activity. The purpose of the Affordable Care Act was to drive insurance premiums down. But instead we see the exact opposite - some premiums rising as much as 400 percent. This makes ObamaCare the largest tax increase on the American people. As your Congressman, I will work to defund, repeal and replace Obamacare.