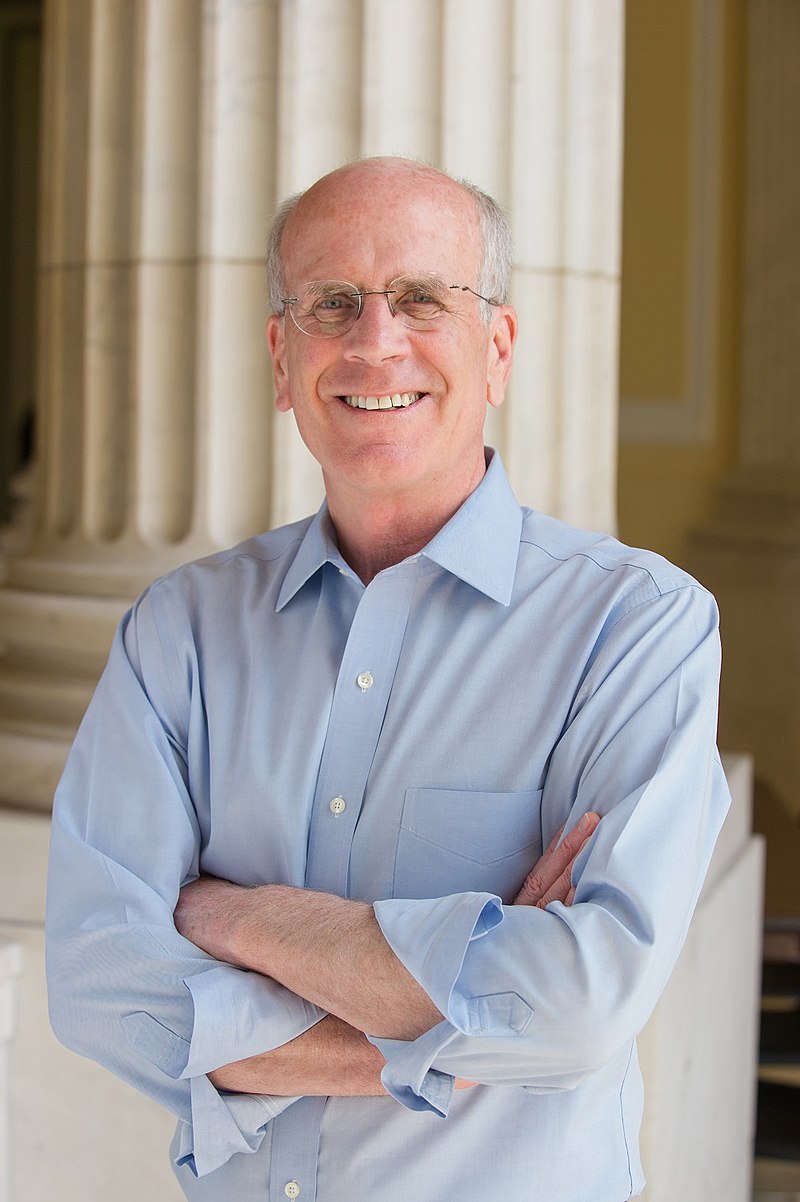 Contact Representative Peter Welch
Peter Francis Welch is an American attorney and politician who has served as the U.S. Representative for Vermont's at-large congressional district since 2007. He is a member of the Democratic Party and has been a major figure in Vermont politics for over three decades.

Peter Welch has represented Vermonters in Congress since 2007. In an era of partisanship and division, he is widely recognized as a progressive leader and a skillful legislator who chooses governing over gridlock.

He was born in Springfield, Massachusetts and graduated from the College of the HolyCross. As a member of the first class of Robert F. Kennedy Fellows, he fought housing discrimination in Chicago after college and went on to earn a law degree from the University of California, Berkeley. After law school, he settled in Vermont’s Upper Valley where he worked as a public defender and then founded a small law practice.

He was elected to the Vermont Senate in 1980 and later was selected to lead the chamber, becoming the first Democrat in Vermont’s history to hold the position of Senate President Pro Tem.

Peter and Margret at their home in Norwich, Vermont In Congress, Peter is a cosponsor of the Green New Deal and is a leading advocate for lowering the cost of prescription drugs, providing affordable childcare, expanding access to broadband in rural America, and protecting our imperiled democracy.

He serves as a chief deputy whip for the House Democratic Caucus and is a senior member of the influential Energy and Commerce Committee and Oversight and Reform Committee. He also serves on the House Permanent Select Committee on Intelligence.

Peter is married to Margaret Cheney. They share a home in Norwich, Vermont.

What was once a gateway to the middle-class has become a crushing financial burden on Americans trying to achieve the American Dream of a better life. The cost of college has exploded out of control even as employers increasingly expect a degree for entry-level positions. Peter knows we need to expand access to all forms of higher education, lower the cost of attendance, and reduce the burden of student loans.

Signed a letter to President Biden, calling on him to cancel up to $50,000 in federal student loan debt, per borrower.

Everyone — no matter their zip code or income — deserves access to quality, affordable housing. But housing costs in America and Vermont continue to rise, squeezing the middle class and putting the American dream out of reach for the next generation. To attract more young people to Vermont and ease the burden on those who have lived here for decades, we must invest in building new affordable housing.

Peter fights to support Vermont’s farmers. Despite the immense challenges they face, our farmers and food networks have been the backbone of Vermont communities for generations. They must play a role in our future local food system, the fight against climate change, and our state economy.

Climate and the Environment

A healthy environment doesn’t just provide the air we breathe and the water we drink, it supports entire industries in Vermont and across the country, creates recreational opportunities for families, and makes us all feel better to be outside. Peter is fighting to make sure future generations have equal opportunities to explore and take advantage of the great outdoors. That’s why he’s a cosponsor of the Green New Deal: because he knows we can confront climate change and create millions of good-paying jobs through energy efficiency and clean energy projects. And he understands we don’t have the luxury of time — we must act now.

Sponsored a bill calling for 70 percent renewable electricity by 2030.

Authored Hope for Homes Act to establish a grant program for people looking to invest in energy efficiency upgrades in their homes.

Protecting our air and water

Supported the PFAS Action Act of 2021, comprehensive, bipartisan legislation to protect all Americans from harmful “forever chemicals” known as PFAS, including assistance for water utilities and wastewater treatment facilities.

Introduced the American Renewable Energy Act of 2021 to reduce carbon emissions, improve air quality, and drive the deployment of clean energy resources around the country to improve public health.

The Americans with Disabilities Act was signed into law over 30 years ago, thanks to the hard work of activists in the disability rights movement. While we’ve made a lot of progress since then, Peter understands we still have a lot of work to do in ensuring equal rights and opportunities for people with disabilities. Peter is fighting for equal access for people with disabilities to public accommodations and employment opportunities.

There are gun safety reform measures that enjoy strong public support across party lines that we can enact today, without undermining Second Amendment rights. Peter believes we need to do just that in order to address the epidemic of gun violence in our country and save thousands of lives each year.

Our nation’s current health care system leaves millions of people behind. Because lifesaving prescription drugs or health care aren’t helpful if Americans can’t afford them. And the pandemic has only highlighted the inequities different groups face in terms of both health care access and health outcomes. That’s why Peter has been fighting for Medicare for All: because he believes that the fear of losing insurance shouldn’t keep you at a job you don’t want and that no one should have to make the impossible choice between putting food on the table or getting the care they need.

Throughout his career, Peter has been a leading champion for prescription drug reform, helping pass legislation through the House that will cut the skyrocketing cost of prescription drugs for all Americans. Our work isn’t over. Americans have been ripped off by Big Pharma for too long, and Peter believes that it’s time to finally stand up to the drug companies and stand up for Americans.

Cosponsored the COVID Community Care Act, which would provide funding to HHS to prevent, prepare for, and respond to COVID-19 in medically underserved communities.

#### Voting Rights Peter was in the Capitol when the violent mob attacked the heart of our democracy on January 6th – and living through that experience and its aftermath has fueled a deeper sense of urgency to protect our democracy. With Republicans in state legislatures across the country working to enact laws that will suppress Americans’ right to vote and dark money pouring into campaigns in an attempt to undermine free and fair elections, Peter has been a champion of voting rights and campaign finance and election reforms that will put power back in the hands of the people.

Peter strongly believes that the cost of the war has to include the cost of caring for the warrior when they return home. He’s worked with veterans and their families and has seen firsthand the long-term impacts of their service, including the physical, mental, and financial toll. Peter knows that America owes them for the sacrifices they’ve made while protecting our nation, and has championed numerous pieces of legislation to aid veterans and their families. Peter is committed to making sure these soldiers get access to the health care and benefits they need.

Peter believes that everyone deserves bargaining rights and a voice in the workplace and that strong unions improve the lives of workers with good wages, safer working conditions, and better protections.

Cosponsored the Protecting the Right to Organize (PRO) Act, which would expand labor protections related to employees’ rights to organize and collectively bargain in the workplace.

Supported the HEROES Act, which would have created a $200 billion fund to increase pay for essential frontline workers.

Cosponsored the Workplace Violence Protection for Health Care and Social Services Workers Act, which would require the Department of Labor to establish necessary protections from workplace violence for nurses and other healthcare workers.

Reproductive rights are under attack across this country. Peter knows that we can’t count on the most conservative Supreme Court in modern history to do the right thing and protect a woman’s right to make her own healthcare decisions. This would have a serious and disproportionate impact on people of color and low-income or rural populations. In this urgent moment, Peter is proud to be an ally in the fight to protect and expand reproductive freedom in Vermont and across the country and will continue to be a steadfast partner in this fight if elected to the Senate.

Peter has talked with Vermonters in every corner of the state, and he knows the struggles that they face. Working Vermonters are getting squeezed by wages that don’t keep up with inflation, college degrees that create immense student debt, and a global health pandemic that’s caused massive job disruption. Women have left the workforce in staggering numbers throughout the pandemic — largely due to childcare needs, or to take care of family members at home. Meanwhile, they’re still fighting for equal pay for equal work. Peter is working in Congress to rebuild the American middle-class and create more job opportunities for American workers by prioritizing Main Street instead of Wall Street.

Peter got his start in public service in the civil rights movement, after he left college to go to Chicago to work for a community organization fighting discriminatory housing practices. There he witnessed firsthand the ways in which racism in our county is systemic and ingrained. That experience still motivates him to this day. The only way to move towards a truly equitable future is by addressing these injustices head on. Peter understands that these efforts must include environmental justice, economic justice, the protection of voting rights, and address disparities in health care and our criminal justice system.

One person died every two days of an overdose in Vermont last year, and many more struggled with the crushing weight of addiction to opioids. Families in every corner of the state are impacted by this disease, but we can turn the tide of the epidemic if we have the political will. Increasing access to evidence-based treatment will save and improve hundreds of lives every year.

Peter is committed to protecting every LGBTQ+ American’s individual and civil rights from discrimination based on gender, sexual orientation, or gender identity. LGBTQ+ Americans still face barriers to everyday life, including discrimination in public housing, adoption, military service, and education. No one is equal until we’re all equal, and Peter will fight until the LGBTQ+ community has full rights and protections in America.