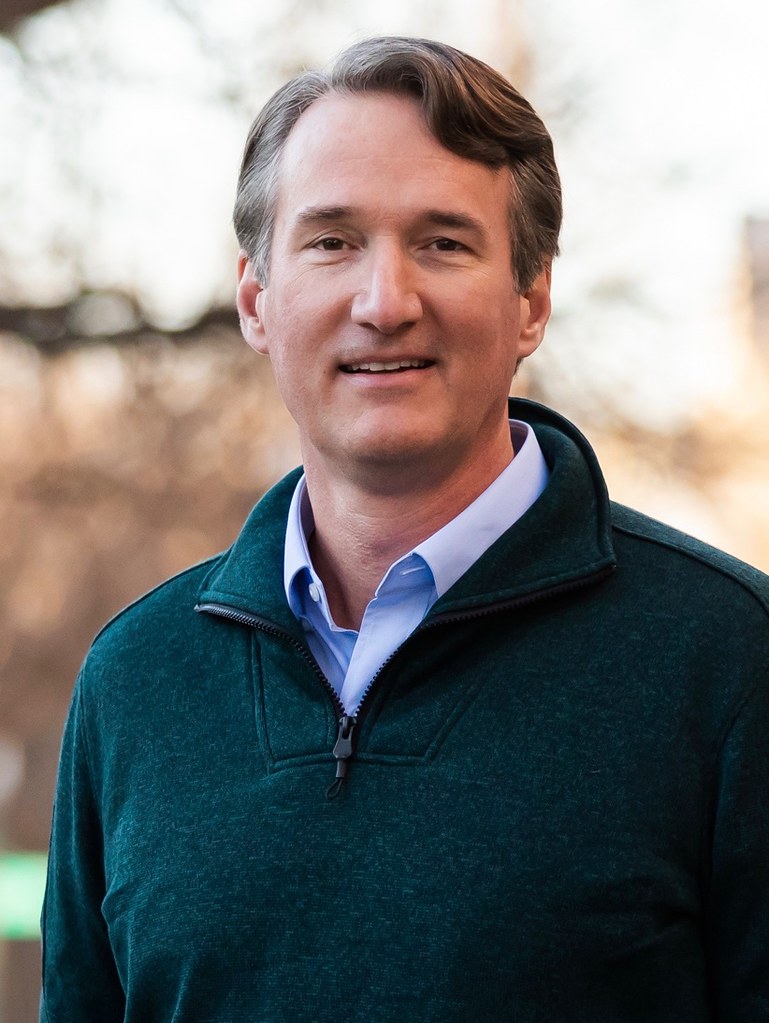 Glenn Youngkin will bring a new day to Virginia with fresh ideas, shared values, and innovative solutions to rebuild and reimagine Virginia’s future.

Governor Glenn Youngkin is a homegrown Virginian who grew up in Richmond and Virginia Beach. As his father changed jobs, Governor Youngkin learned that moving around didn’t equal moving up – nothing was handed to him. From his first job washing dishes and frying eggs at a diner in Virginia Beach, he embraced hard work and responsibility to help his family when his father lost his job. His determination to succeed earned him multiple high school basketball honors in Virginia and an athletic scholarship to college.

After earning an engineering degree at Rice University, and his MBA at Harvard Business School, Governor Youngkin and his wife Suzanne moved to Northern Virginia. He landed a job at The Carlyle Group, where he spent the next 25 years. Working his way to the top of the company, Governor Youngkin played a key role in building Carlyle into one of the leading investment firms in the world. His efforts have helped fund the retirements of teachers, police officers, firefighters and other frontline public servants and supported hundreds of thousands of American jobs.

Married for over 27 years to his amazing wife Suzanne, Governor Youngkin is a dedicated father of four wonderful children. Their family journey has been and continues to be guided by their faith.

One party Democrat control is failing Virginians: our recovery from the pandemic ranks in the bottom 10 among states, our students are behind in school, violent crime has risen to 20-year highs, and much of government, like the Virginia Employment Commission and Department of Motor Vehicles, is broken. People are voting with their feet and leaving the Commonwealth.

It’s time for bold leadership. Glenn will make sure Virginia has better-paying jobs, the best schools, the safest communities, and a government that works for you. His game plan will create 400,000 jobs and make sure every student graduates career or college ready.

Glenn will cut exploding costs for families and relieve the burdens of inflation and taxes. He will cut regulations to create jobs and make it easier for innovators and entrepreneurs to get small businesses moving again. He will restore our high standards for schools and our students, ban critical race theory, invest in our teachers and schools, and empower parents with real choices.

He will defend - not defund - our law enforcement heroes, end human trafficking, and rescue our failing mental health system. And Glenn will make state government honest, efficient, and modern.

While moving forward on these priorities, Glenn will protect our constitutional rights.

The result will be a Commonwealth where businesses can prosper, students can thrive, communities are safe, and people – not politicians – are in charge.

It’s going to take a new kind of leader, not a failed politician looking for a second chance, to make it happen. When Glenn is Governor, we will get it done together.

Failed leadership and dangerous policies have left Virginia less safe. With rising violent crime and the murder rate at a 20-year high, Glenn will keep our communities safe by:

Virginia’s jobs machine is broken. After zero job growth from 2013 through 2020, Virginia currently ranks 44th in job recovery during the pandemic and was recently ranked as the 49th best state to start a business. Glenn will jumpstart our economy by:

Virginia’s students have fallen behind because of extended school closings, lower school standards, and political agendas. Glenn will empower parents and restore excellence and commonsense in education by:

Make Government Work For You

Virginia’s government is failing its fundamental mission – serving the people. Our system is broken as customer service at agencies such as the DMV and VEC disappears. Glenn will make government work by: