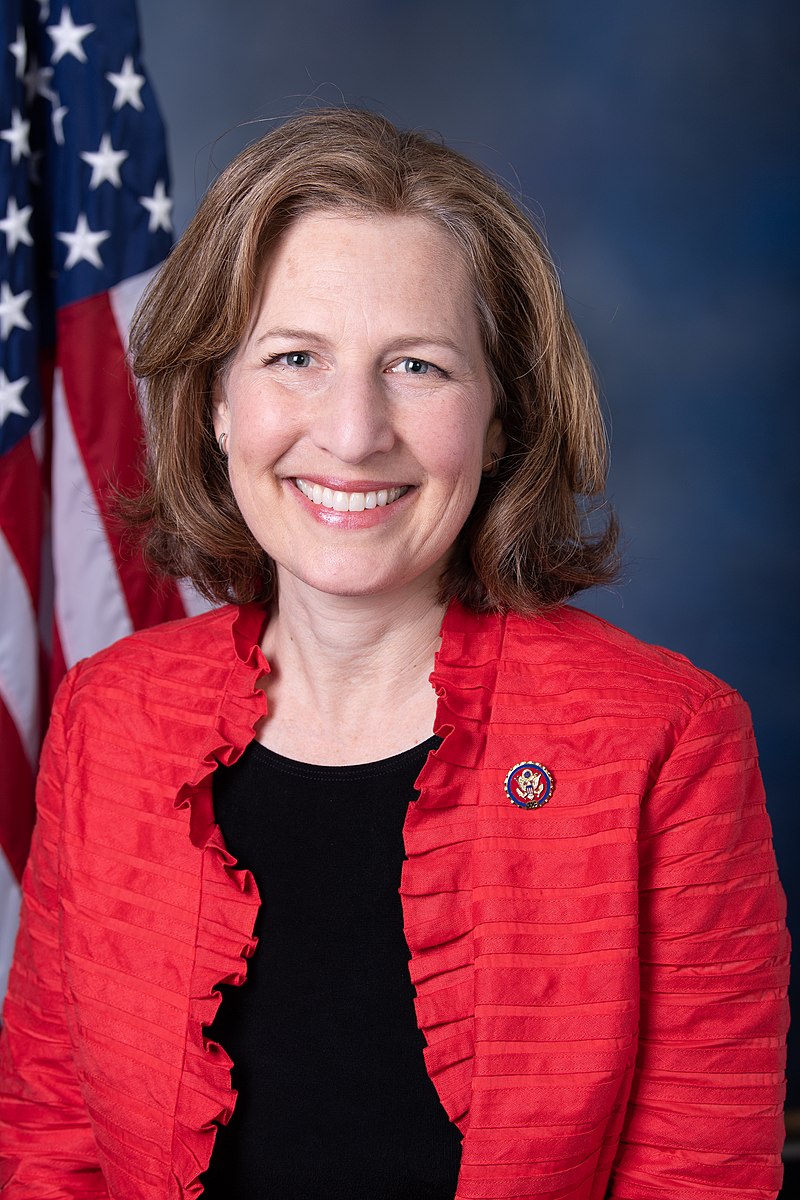 Contact Representative Kim Schrier
Kimberly Merle Schrier is an American politician and former physician who is the U.S. Representative from Washington's 8th congressional district since 2019. She is a member of the Democratic Party.

Prior to being elected to Congress on November 6, 2018, Kim spent her career as a pediatrician in Issaquah, working with children across the Puget Sound region and helping families navigate the health care system. In Congress, Kim uses this expertise to inform her work on issues that improve the lives, health, and wellbeing of children.

As the first pediatrician in Congress, Kim brings a critical voice to issues related to health care. Through her own experience as a patient living with Type 1 diabetes, Kim understands the very real fear of health care costs and access for people living with pre-existing conditions. And as a physician who has worked in a broken health care system, Kim understands what changes need to be made to make it work better for both patients and providers.

Kim grew up the daughter of a public school teacher and an engineer. Her father, an engineer, instilled in Kim a love for science, a passion that led Kim to a degree in Astrophysics at U.C. Berkeley and then to medical school. Her mother taught her the value of education and teachers, and the importance of unions and collective bargaining. As a child, Kim watched her mother’s union successfully negotiate for increased school funding, smaller class size, and improved benefits.

The product of public education from elementary through medical school, Kim is passionate about helping every child thrive in school. After graduating from U.C. Berkeley Phi Beta Kappa, Kim spent a year working at the EPA before attending medical school at U.C. Davis School of Medicine. She completed her residency at the Lucile Packard Children’s Hospital at Stanford University. In 2013, Kim was named Best Pediatrician in the Greater Seattle Area by Parents Map Magazine.

Kim’s experience as a pediatrician gives her a unique understanding of the needs and struggles facing 8th District families. She lives in Sammamish with her husband, David, and son, Sam.

As a mom and pediatrician, I know how important it is to take action on common sense gun safety. Like many parents, I trust that my son will be safe when I send him to school, but we know that nowhere is really safe in a country that allows guns to get into the hands of people who would do others harm.

I will always support the second amendment, and the right of responsible gun owners to hunt, target shoot, or own guns for protection. We must implement common sense measures to reduce gun violence and save lives while respecting those rights.

That’s exactly what we did earlier this year when both Republicans and Democrats came together in the wake of the tragic Uvalde shooting to pass the bipartisan Safer Communities Act which implemented common sense gun safety measures that nearly all Americans agree on. This process can be a model for making progress that can save lives without infringing on second amendment rights.

I am the first and only pediatrician in Congress and was diagnosed with type 1 diabetes when I was 16 years old. Both as a patient and a community pediatrician for nearly 20 years, I know how important it is to make health care, along with other everyday costs, more affordable for middle-class families. I have worked to get bills passed into law to end surprise medical billing, prevent Medicare cuts, and make healthcare more affordable by shoring up the ACA.

I know firsthand what is wrong with our current system. I have comforted mothers crying in my office because their costs and deductibles are skyrocketing, that’s why this year I re-introduced the Helping Families Access Pediatric Care Act (HR 8573) that will ensure children and families can access necessary, affordable care.

I’ve helped pass laws to actually bring down the cost of lifesaving prescription drugs, like insulin. I will work to make healthcare and other everyday costs more affordable for middle-class families. As a doctor, I will always fight to protect a woman’s right to choose and to keep politicians out of private decisions between a woman and her doctor.

Where there are borders, there needs to be security and responsibility, on both sides. That’s why I support comprehensive, bipartisan immigration reform as part of a long-term solution.

As the only pro-choice woman doctor in all of Congress, I will always support a woman’s right to choose. I trust women to make their own personal decisions about health and family planning, in consultation with their doctors. I have voted twice now to pass the Women’s Health Protection Act, which would codify Roe v. Wade into law. Now that Republican politicians in DC want to pass a national ban on abortion that would take effect even here in Washington – without exceptions for rape, incest, or instances in which the life of the mother is at risk – Congress must take action to protect a woman’s right to choose.

Everyone deserves to feel safe in their community. I will always fight back against any efforts to defund the police. We need to give our officers the tools and training they need, so they can enforce the laws and keep our communities safe – and also have the appropriate oversight and accountability.