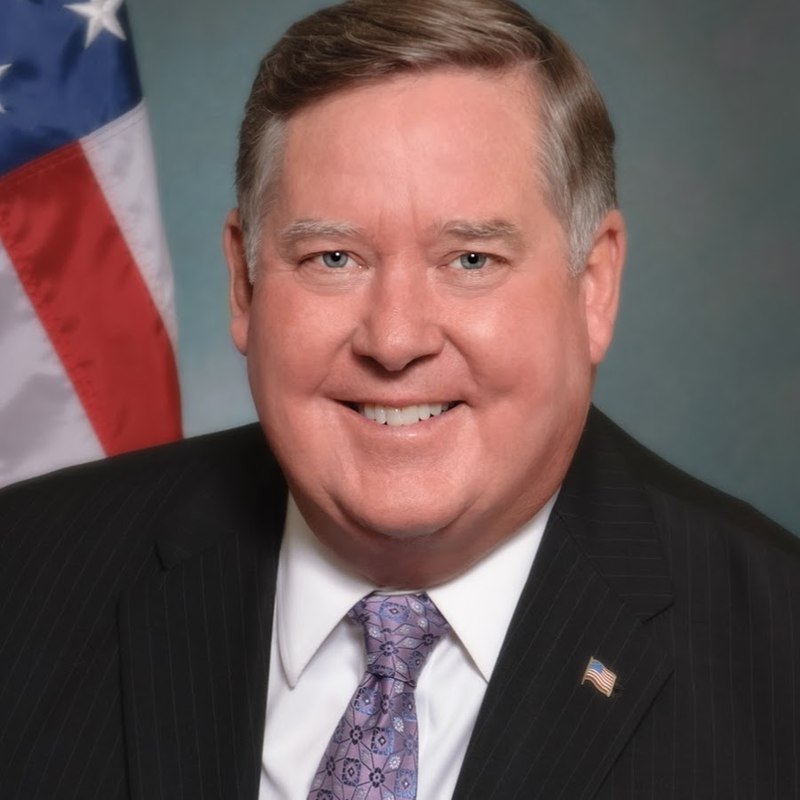 Contact Representative Calvert Ken
Kenneth Stanton Calvert is the U.S. Representative for California's 42nd congressional district, and previously the 44th and 43rd, serving since 1993. He is a member of the Republican Party. The district is part of the Inland Empire of Southern California.

Ken Calvert, a lifelong resident of Riverside County and 17-year small business owner in the restaurant and real estate industries, represents the 42nd Congressional District of southern California. Calvert was born on June 8, 1953 and attended neighborhood public schools, graduating from Corona High School in 1971. He attended two years at Chaffey College and then enrolled at San Diego State University, where he graduated in 1975 with a Bachelor of Arts degree in Economics. Throughout his life, Ken has been actively involved and served in leadership roles with several local community volunteer organizations, including the Corona Chamber of Commerce, the Corona Rotary, and the Corona-Norco Family YMCA.

The 42nd District encompasses the western edge of Riverside County including the cities of Eastvale, Norco, Corona, Lake Elsinore, Wildomar, Canyon Lake, Menifee, Murrieta and a portion of Temecula.

Rep. Calvert was first elected to the House of Representatives in 1992 and is one of the most senior members serving in the legislative body. Rep. Calvert is the Dean of the California Republican Delegation.

During his freshman term in the 103rd Congress, Calvert served as an active Member of the Resources Committee and Science Committee. His ability to work in a bipartisan fashion in his first two years led to him being rewarded with the Chairmanship of the Energy and Mineral Subcommittee on the Resources Committee. While unusual for a sophomore Member to be given a Chairmanship after only one term in Congress, Calvert also served on two other Committees; maintaining his seat on the Science Committee and gaining a seat on the Agriculture Committee. Over the years his committee assignments enabled him to address issues critical to Riverside County our state and the nation. He has been a leader on issues such as the Endangered Species Act, agriculture, energy, water and much more. In the 105th and 106th Congress, Rep. Calvert was Chairman of the Science Subcommittee on Energy and the Environment where he worked on alternative energy and clean air issues. In 2001 (107th Congress) Calvert was selected to serve on the House Armed Services Committee.

In the 108th Congress (2003-2004), Calvert continued his service on the Armed Services Committee, Resources Committee and Science Committee. On the Resources Committee, Calvert was Chairman of the Water and Power Subcommittee overseeing federal water rights in the west, including hydro-power generated from federal water projects. As Chairman he introduced and helped pass H.R. 2828, The Water Supply, Reliability, and Environmental Improvement Act, which reauthorized the CALFED Bay-Delta program.

In the 109th Congress (2005-2006), Calvert was Chairman of the House Science Committee Subcommittee on Space and Aeronautics and passed the first NASA Authorization bill in five years. He also served as a member of the Committee on Armed Services and the Resources Committee.

Since he was first elected to Congress, Rep. Calvert has worked hand-in-hand with local stakeholders to bring federal resources to critical projects in Riverside County including: C-17 operations at March Air Reserve Base; critical transportation projects; including the expansion of the 91 freeway; research into the grapevine killing Pierce’s Disease scourging California’s wine industry; expansion of the Janet Goeske Center for Senior and Disabled Citizens; improving cutting edge clean air technology at the University of California at Riverside; and, supporting various environmental restoration and flood control efforts critical to Orange, Riverside and San Bernardino Counties.

Rep. Calvert has authored a number of bills that became law including legislation that protects against identity theft by prohibiting the appearance of Social Security account numbers on or through unopened mailings of checks issued by the Treasury Department, provides additional educational dollars to states through a simplified collection process of oil and gas royalties, increasing the penalties for desecrating our national cemeteries, establishing the Medal of Honor Memorial at the Riverside National Cemetery as a “national” memorial, and reduces or eliminates the use of animals to test product and chemical safety by establishing alternative test methods throughout a coalition of federal agencies; and established the Distinguished Flying Cross Memorial as a National Memorial.

In 1996, Calvert authored legislation that created E-Verify, the only tool available to employers to check the veracity of a name and Social Security number given on an I-9 form for employment. That law is a result of Calvert’s 1995 tour of the southern border at which a Border Patrol agent remarked on the job magnet that brings hundreds of thousands of people illegally to the United States. Rep. Calvert, a former small business owner and employer, concluded that the best and quickest way to enable employers to check the legal status of newly hired employees was to set up a system that could check the name against the Social Security number.

In the 116th Congress, Rep. Calvert’s legislative priorities includes: enacting pro-growth policies that will help strengthen our economy for American families; supporting the men and women serving in our military around the world; fixing our broken immigration system by restoring the rule of law and making the use of E-Verify mandatory for all employers in the U.S.; honoring promises to our veterans; advocating for NIH research for cures for our most deadly diseases; creating long-term solutions to California’s water challenges; reducing the time it takes to build infrastructure projects by making common sense, bi-partisan reforms to our environmental laws; funding the development of the life-saving Earthquake Early Warning System; and, much more.