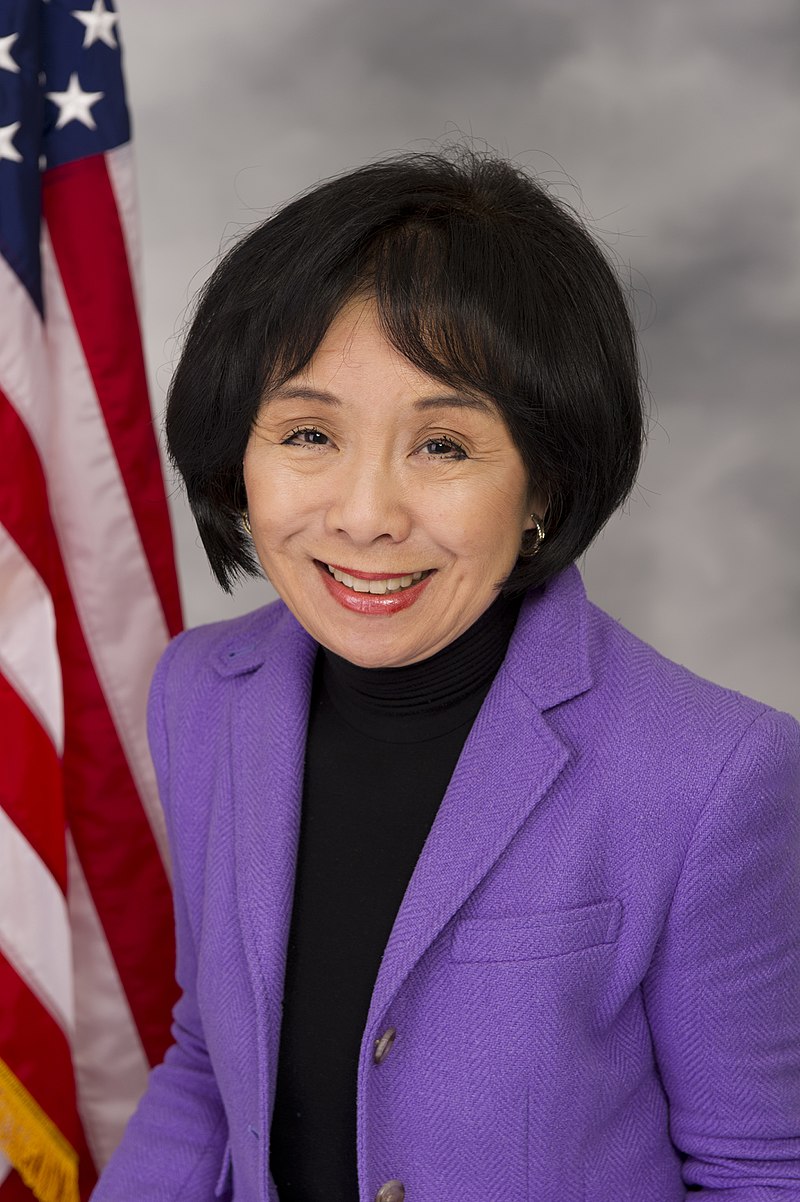 Contact Representative Doris O. Matsui
Doris Okada Matsui is an American politician from the Democratic Party, serving since 2005 in the House of Representatives. She represents California's 6th congressional district, covering the city of Sacramento and several of its inner-ring suburbs.

Congresswoman Doris Matsui has represented the city of Sacramento and its surrounding areas since 2005. As a senior member of the House Energy and Commerce Committee, she serves on the Health and Energy subcommittees and is the Vice Chair on the Communications and Technology subcommittee. She is committed to strengthening Sacramento’s flood protection, ensuring quality, affordable health care for all, promoting a clean energy economy, and creating a vibrant region where families can live, work, and play.

Sitting at the confluence of two rivers, the Sacramento area has one of the highest flood risks in the country. Congresswoman Matsui is a stalwart champion for increased flood protection, levee improvements, keeping flood insurance rates affordable, and rebuilding smarter and more resiliently in the face of a changing climate. She was at the forefront of the effort to build the Joint Federal Project at Folsom Dam by working to secure $1 billion for this critical project that became the model of cooperation and efficiency. In addition, she worked rigorously to federally authorize the Natomas Levee Project. More recently, the Congresswoman was instrumental in securing $1.8 billion to help strengthen the Sacramento region’s levees and raise Folsom Dam. She also fights to preserve the region’s water rights. With climate change being a primary cause of more intense and unpredictable weather patterns her role in securing funding for flood control and infrastructure projects is even more critical.

Congresswoman Matsui passionately works to increase public transportation options in Sacramento. She is engaged in the planning and execution of an intermodal transportation center in downtown Sacramento and secured federal funds to extend Sacramento’s light rail system. She also helped secure passage in the U.S. House of autonomous vehicle technology in the 115th Congress and plans to continue to lead in the effort to safely deploy intelligent and automated transportation technologies that will transform how we conduct business, transact and travel.

She has worked tirelessly to improve access to high-quality, affordable, accessible health care and was instrumental in crafting the Affordable Care Act (ACA), as a member of the Energy and Commerce Committee. She is a leader in Congress on the rapidly growing issue of telehealth and is the author of the bipartisan Excellence in Mental Health Act, which was signed into law by President Obama in 2014. A $1.1 billion federal investment, the Excellence in Mental Health Act demonstration will revitalize the community-based mental health system by creating a network of high-quality, evidence-based Certified Community Behavioral Health Clinics (CCBHCs) in communities across the country. Congresswoman Matsui is the co-chair of the Congressional Task Force on Aging and Families, where she addresses the full spectrum of issues that affect seniors, from retirement security to long term care. Congresswoman Matsui also serves on the bipartisan Telehealth Working Group, helping to open up reimbursement for telehealth within the Medicare program.

Congresswoman Matsui has been a leader in Congress on promoting policies that address the climate crisis. Under her leadership as a co-chair of the Sustainable Energy and Environment Coalition (SEEC), the Caucus has spearheaded numerous initiatives aimed at promoting sustainable infrastructure, tax incentives for clean energy, and blocking harmful directives from the Trump Administration that would undermine protections for human health and the environment. She has also authored a number of legislative proposals aimed at reducing greenhouse gas emissions while boosting clean energy manufacturing and financing to help smaller clean energy companies grow and create jobs. This includes commonsense new legislation, H.R. 978 that preserves higher fuel economy and vehicle emissions standards as well as a bill that ensures our healthcare system is ready and able to rapidly respond to the climate crisis. She also sponsored legislation that allows her constituents to participate in the clean energy economy through specifically designated treasury bonds that fund renewable energy and energy efficiency programs at the Department of Energy. Thanks in large part to her efforts, the Sacramento region has been transforming into a clean-tech capitol, with over 200 companies in the region.

Congresswoman Matsui is also a leader on technology and internet policy. She is a Co-Chair of the bipartisan Congressional Spectrum Caucus, having authored laws that facilitated record-breaking spectrum auctions. She continues to focus on promoting the deployment of next-generation wireless technologies, such as 5G. She is also a leading proponent of net neutrality and ensuring access to the free and open Internet, previously writing legislation that would prohibit so-called Internet fast lanes from harming consumers, small businesses and innovators. As the co-chair of the bipartisan Congressional High Tech Caucus, she advocates for policies to expand the innovative use of technology across every sector of the economy. She also is an ardent supporter of advancing STEM education, especially for women and girls.

Because she has always felt the arts connect innovation with creativity and passion, Congresswoman Matsui has been a strong supporter of the arts not only in the Sacramento community but nationwide. She currently serves as a Member of the Board of Regents for the Smithsonian. She is also on the Council of the National Museum of African American History and Culture, and the Council of the National Museum of American History. She has previously served on the National Symphony Board and the Arena Stage Board.

Before coming to Congress, Doris Matsui served as Chairwoman on the Board for the KVIE public television station in Sacramento, and in leadership capacities for the Crocker Art Museum, Sacramento Children’s Home, and the Sacramento Symphony Orchestra.

After growing up on a farm in California’s Central Valley, Congresswoman Matsui graduated from the University of California at Berkeley. She served as one of eight members of President Clinton’s transition board and later served as Deputy Assistant to the President in the White House Office of Public Liaison. Congresswoman Matsui succeeded her late husband Robert Matsui (who served in Congress from 1979-2005) in a special election in March 2005.