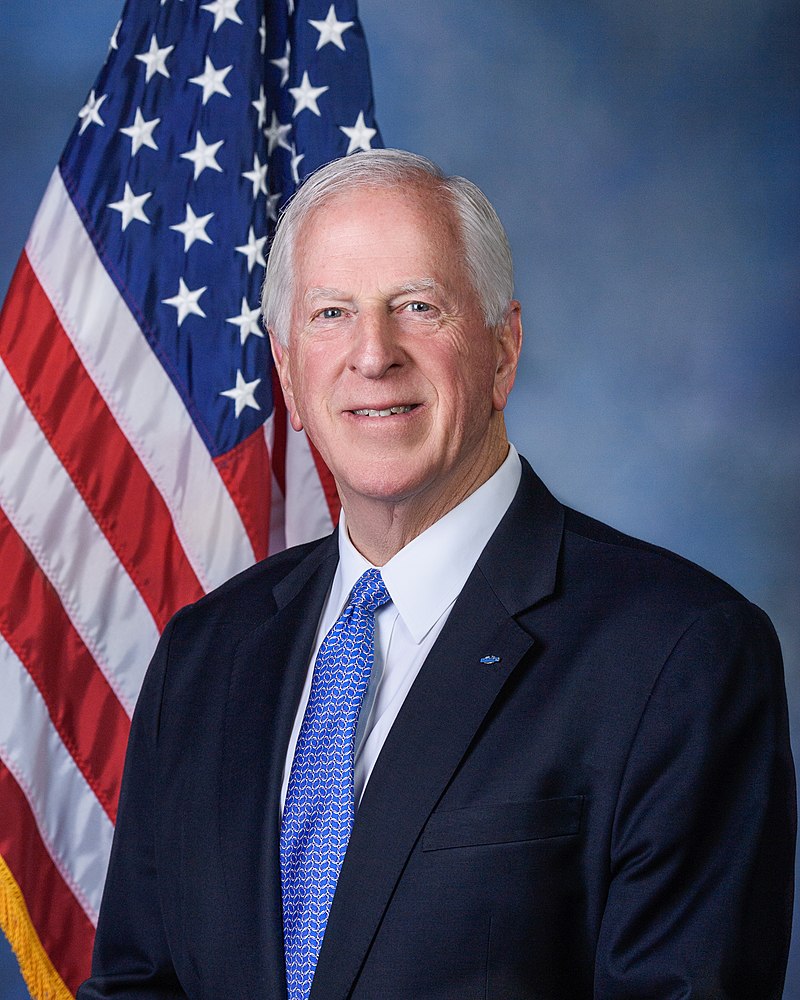 Contact Representative Mike Thompson
Charles Michael Thompson is an American politician serving as the U.S. Representative for California's 5th congressional district since 1999. The district, located in the outer northern portion of the San Francisco Bay Area, includes all of Napa County and portions of Contra Costa, Lake, Solano, and Sonoma counties.

Thompson is the co-founder and co-chair of the bipartisan Congressional Wine Caucus, which consists of over 215 U.S. Senators and Representatives. He is a member and was twice co-chair of the Congressional Sportsmen’s Caucus. He is also a member of the Blue Dog Coalition, which is composed of Democrats committed to bipartisan problem solving and fiscal responsibility.

In 1990, Thompson was the first Vietnam veteran elected to the California State Senate. He served in combat with the U.S. Army as a staff sergeant/platoon leader with the 173rd Airborne Brigade where he was wounded and received a Purple Heart. He was also an instructor at the Army’s Airborne School.

Thompson is recognized in Congress and throughout his district as a strong leader for Democratic principles who has built a solid reputation for bipartisan problem solving.

Thompson’s number one priority in Congress is to create jobs and grow our economy. He has co-authored numerous pieces of legislation to improve our nation’s infrastructure, boost our renewable energy economy, and better our education system.

As Co-Chair of the bipartisan Military Veterans Caucus, he led the effort to improve treatment options for servicemembers suffering from Post-Traumatic Stress and Traumatic Brain Injury. He has authored bills to help veterans find work as they make the transition back to civilian life. And, as someone who went to college on the GI Bill himself, he helped lead the effort in Congress to pass the 21st Century GI Bill.

With a national debt of more than $30 trillion, Thompson is working on a balanced approach to get our fiscal house in order that includes creating jobs, cutting spending, asking everyone to pay their fair share, and requiring Congress to pay for the bills it passes.

In the wake of the school shooting in Newtown, Connecticut, Thompson was named Chair of the House Gun Violence Prevention Task Force. Thompson is a hunter, gun owner and strong supporter of the Second Amendment. He also believes that Congress should do more to reduce gun violence. In February of 2013, Thompson’s task force released a comprehensive set of policy principles that will reduce gun violence and respect the Second Amendment, including expanding the criminal background check system to all commercial firearm sales.

Thompson is the husband of a family nurse practitioner. He knows firsthand of the challenges that exist in our health care system. That is why he voted to pass the Affordable Care Act (ACA) and is working to build on the reforms made in the ACA to further improve everyone’s access to affordable, quality health care.

As an avid outdoorsman, Thompson is committed to preserving our district’s beautiful lands. Thompson was awarded the Sierra Club’s Edgar Wayburn Award for passing legislation that permanently protects 273,000 acres of wilderness in Northern California. The award is given in recognition of service to the environment by a person in government. Thompson was joined by other Sierra Club award winners, including former Vice President Al Gore and author and New York Times columnist Thomas Friedman.

Thompson is the co-author of comprehensive immigration reform. He also has worked to ensure equal rights for same sex couples, and has co-authored legislation that gives state and local law enforcement the tools to prosecute hate crimes based on sexual orientation. As a combat veteran, Thompson worked to end the discriminatory policy of “Don’t Ask, Don’t Tell.”

He is married to Janet Thompson. They have two sons, a firefighter and a deputy sheriff, and three wonderful granddaughters.