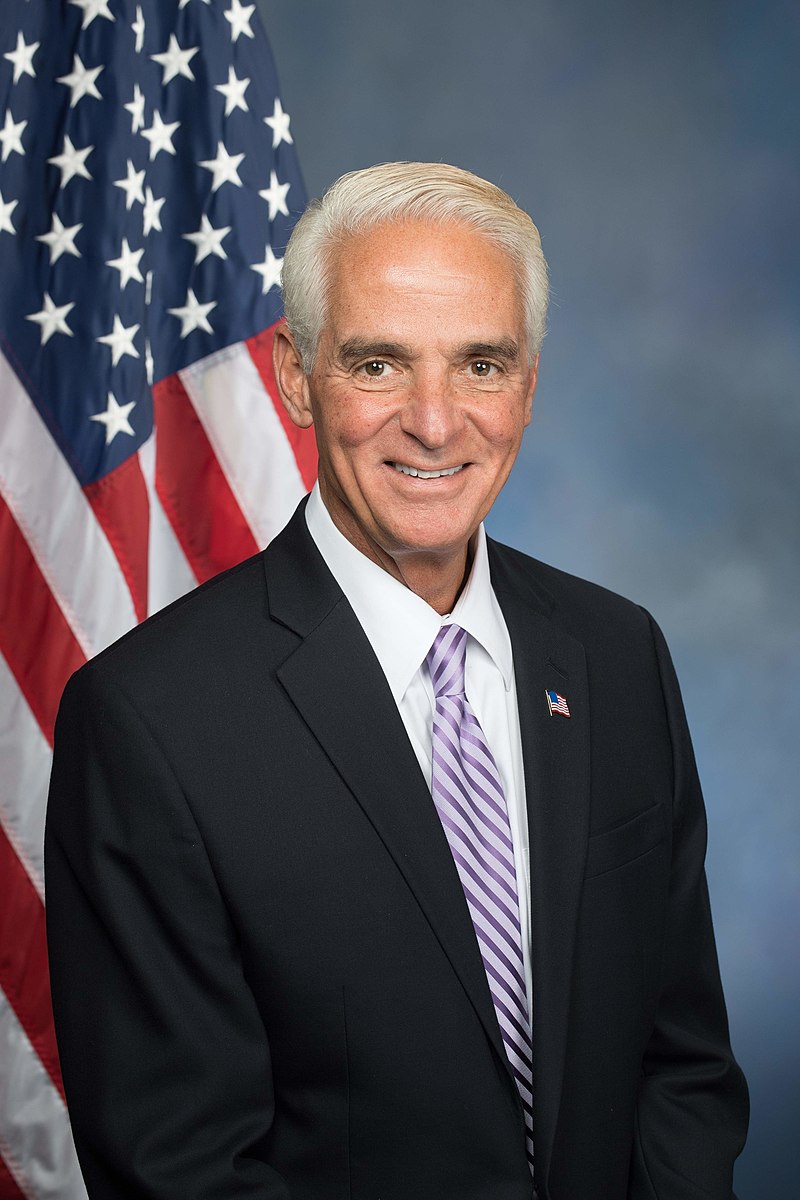 Contact Representative Charlie Crist
Charles Joseph Crist Jr. is an American politician and lawyer who has been the U.S. Representative from Florida's 13th congressional district since 2017. The district is based in Pinellas County, including St. Petersburg. He served as the 44th governor of Florida from 2007 to 2011.

Charlie Crist is honored to represent Florida’s 13th, the most beautiful congressional district in the country. The district covers Pinellas County from Clearwater down through St. Pete, where he grew up.

Charlie has spent his life’s work serving his fellow Floridians. He was elected to the Florida State Senate in 1992, where he championed environmental protection issues and public education. In 2000, after two terms in the Florida Senate, Charlie continued to push for education funding and better teacher pay as the state’s Education Commissioner. In 2002, he was elected Florida Attorney General, a role through which he fought for consumer protections, civil rights, and opportunities for at-risk youth.

Elected as Florida’s 44th Governor, Charlie furthered his commitment to public education, using federal stimulus funding to save thousands of teachers’ jobs. As a staunch environmental advocate, he also secured a landmark land acquisition to preserve the Florida Everglades, and fought to hold BP accountable after the 2010 oil spill that ravaged Florida’s coastline. He continued to lead efforts to protect civil rights, taking action to automatically restore voting rights of non-violent ex-felons and to extend voting hours across the state for all Floridians.

In Congress, Charlie is committed to working in a nonpartisan manner to create jobs, increase wages, protect our beaches from climate change, honor our military and veterans, and protect the benefits seniors have earned. With his role on the prestigious House Appropriations Committee, he will fight to combat climate change, protect clean air and water, provide for a strong national defense, support our veterans, build better roads and bridges, and strengthen programs designed for those struggling to make ends meet.

No matter the issue, Charlie is dedicated to being the voice of the people – always putting the residents of Pinellas County above party lines.

Charlie resides in his hometown of St. Petersburg, Florida – “The Sunshine City.”