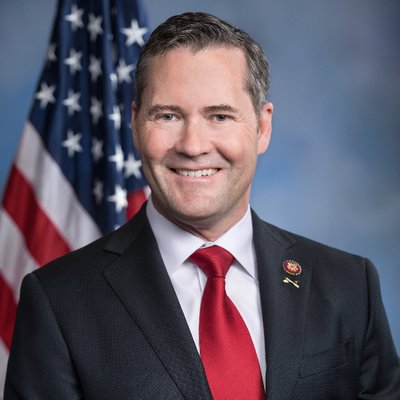 Contact Representative Michael Waltz
Michael George Glen Waltz is an American politician and United States Army officer serving as the U.S. Representative for Florida's 6th congressional district. He is a member of the Republican Party.

Representative Mike Waltz represents North Central Florida, is a Colonel in the National Guard, a combat-decorated Green Beret, former White House and Pentagon policy advisor, a small business owner, an author, and a proud father. He is the first Green Beret to be elected to Congress.

Mike was born in Boynton Beach, FL and grew up in Jacksonville, Florida. He was raised by a hard-working single mother and is the son and grandson of Navy Chiefs.

Mike has served his country his entire life. He graduated from the Virginia Military Institute with Honors, has served over 26 years in the U.S. Army, and is presently serving in the National Guard. After being commissioned as an Army lieutenant, Mike graduated Ranger School and was selected for the elite Green Berets, serving worldwide as a Special Forces officer with multiple combat tours in Afghanistan, the Middle East and Africa. For his actions in combat, Mike was awarded four Bronze Stars, including two for Valor.

During his time in Afghanistan, Mike led the teams searching for deserter Pvt. Bowe Berghdal. Mike was one of the first to publicly call into question then-President Obama’s labeling of Berghdal as a hero and has continued to lead the call for justice on behalf of all the service-members Berghdal’s desertion put in harm’s way.

Mike’s servant leadership continued in the Pentagon as a defense policy director for Secretaries of Defense Donald Rumsfeld and Robert Gates. Mike then went on to serve in the White House as Vice President Dick Cheney’s counterterrorism advisor, where he saw firsthand the difficult decisions the President and his Cabinet must make to protect our national security. Mike’s position in the White House was unique, as he advised the Bush administration on policy he actually carried out in the military.

His experiences as a soldier and a policy advisor inspired him to write the book, “Warrior Diplomat: A Green Beret’s Battles from Washington to Afghanistan,” the proceeds of which continue to benefit the Green Beret and Matthew Pucino Foundations.

Following his time in the White House, Mike then built a small business to over 400 employees and was repeatedly listed in the Inc. 500 index as one of the fastest-growing private companies in America.

Mike is determined to be part of the new generation of leadership in Congress: servant leaders who lead by example with their values and deliver results. His commitment in Washington, DC is the same now as it was in combat: to serve with everything he has, without regard for his own self and with a sense of duty.

Mike has a daughter in college and recently blessed with a baby boy. He is married to Dr. Julia Nesheiwat, a combat veteran who served in the Bush, Obama, and Trump administrations, most recently as Homeland Security Advisor to the President. They live in St. Johns County, Florida.