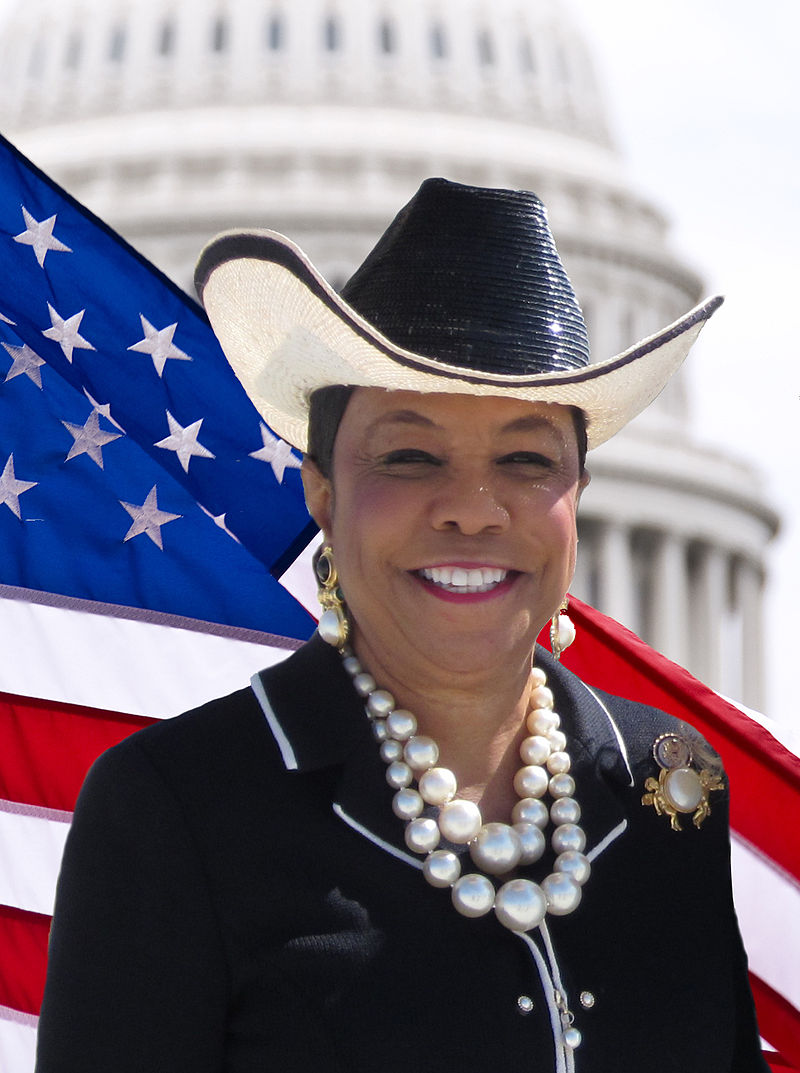 Contact Representative Frederica S. Wilson
Frederica Smith Wilson is a politician who has been a member of the United States House of Representatives since 2011, representing Florida's 24th congressional district.

Congresswoman Frederica S. Wilson proudly represents Florida’s 24th Congressional District. It is one of the most ethnically and culturally diverse districts in the nation and includes parts of northwest Miami-Dade and southern Broward counties.

Recognizing her record of service and productivity, in 2010 voters overwhelmingly elected her to serve in the U.S. House of Representatives. As a former educator, elementary school principal, community leader, school board member, state legislator, and founder of the 5000 Role Models of Excellence Project, Congresswoman Wilson earned a reputation as a “Voice for the Voiceless.” Her tenure in Congress, now in its fourth term, also has been marked by her signature spirit of unrelenting advocacy on behalf of the less fortunate.

The Florida lawmaker has continued her mission to improve the quality of life for her constituency by creating jobs with dignity, improving education, stopping home foreclosures, safeguarding Medicare and Social Security, and strengthening ties with Haiti and the Caribbean.

As the Ranking Democrat on the Education and Workforce Protections Subcommittee in the 114th Congress, Congresswoman Wilson introduced the American Jobs Act of 2013, an innovative bill that promotes full employment and boosts workforce development opportunities; the Student Loan Borrower Bill of Rights, which would provide vital relief to overburdened student loan borrowers; and the Youth Corp Act of 2013, which reconnects youth with education, the workforce and their communities. She has also sponsored legislation to reduce homeowners’ insurance premiums, protect foster children, and defend Haitian women against gender-based violence. In addition, the lawmaker, whose mantra is “Jobs, Jobs, Jobs,” hosted one of the state’s largest job fairs, which connected thousands of Floridians to more than 100 local and national employers.

Congresswoman Wilson is the founder of the Florida Ports Caucus, a bipartisan coalition formed to help pass the Water Resources Reform and Development Act. After being stalled for 12 years, the GOP-led Congress in a bipartisan vote passed the bill in 2014. As a result, her district was awarded billions of dollars in capital funding for major projects like the PortMiami Tunnel, which created thousands of jobs. It also highlighted the lawmaker’s ability to successfully work across party lines.

Congresswoman Wilson has consistently secured resources for various projects in her district, including a $1 million grant in 2014 to help reduce crime in Miami-Dade County’s highest crime area, the Northside District. The Department of Justice grant will bolster the Miami-Dade Police Department’s ability to combat crime and violence and make the area a safer place to live, work, and raise families. During her tenure, the district has received $3.1 billion in grants, contracts, and other assistance.In May 2015, Congresswoman Wilson was appointed to the advisory council of President Barack Obama’s “My Brother’s Keeper” Alliance, a public acknowledgement of the life-changing results for boys and young men of color that she has achieved through the 5000 Role Models of Excellence Project. President Obama often cites this program, which she created nearly a quarter century ago, as an example of the kinds of projects that his “My Brother’s Keeper” initiative is designed to emulate and support. Congresswoman Wilson also is founder and chair of the Congressional Black Caucus’s “My Brother’s Keeper” Task Force.

Congresswoman Wilson understands Congress’ role as a global leader in human and civil rights and has led its efforts to fight for the safe return of the 219 Nigerian schoolgirls still missing since their June 2014 abduction by Boko Haram and to aid in the defeat of the terrorist group. In addition to participating in two fact-finding missions to Nigeria and passing two resolutions, she has been a leading voice in a daily, international Twitter campaign to #BringBackOurGirls. The Florida lawmaker also created “Wear Something Red Wednesdays,” a weekly photo opportunity and press event with congressional leaders and lawmakers. The initiative helps to ensure the girls are not forgotten by maintaining media attention and pressure on U.S. and Nigerian officials to honor their pledge to do all they can to rescue them. A leading political newspaper has dubbed her relentless attention to this human rights crisis “Frederica Wilson’s War.”

The Florida lawmaker has worked tirelessly to recognize Americans who have made significant contributions to our nation. She ushered through legislation in record time to memorialize a new Federal Bureau of Investigation building in honor of Special Agents Benjamin P. Grogan and Jerry L. Dove, who were killed in what is considered the “bloodiest shootout” in FBI history. Most recently, she passed legislation to rename a Miami post office in honor of Father Richard Marquess-Barry, a pillar of the community and one of South Florida’s most influential and unifying faith-based leaders.

After earning a Bachelor of Science degree in elementary education from Fisk University and a Master of Science degree in elementary education from the University of Miami, Congresswoman Wilson worked as a teacher and assistant educational coordinator for the Miami-Dade County Public Schools Head Start program. She quickly rose to become principal of Skyway Elementary School, which was recognized as one of the best schools in America in President George H. W. Bush’s “America 2000” plan to upgrade national education standards.

In addition to raising academic standards and expectations, Congresswoman Wilson taught her students the power of advocacy. Their target was a compost plant built across the street from Skyway that emitted odors that posed a major health and environmental hazard and distracted the children from their studies. She and her students mobilized their community and lobbied government and school board officials until they achieved their goal. The compost plant closed its doors just short of two years after its opening.

The experience highlighted the need for stronger local leadership and led Congresswoman Wilson to successfully campaign for a seat on the Miami-Dade County School Board in 1992. Her first legislative achievement was the establishment of the 500 Role Models of Excellence Project as a district-sanctioned program. The innovative mentoring program was inspired by the extraordinary impact of positive male influence on the attitudes and performance of the boys at Skyway Elementary during her tenure as principal. Now known as the 5000 Role Models of Excellence Project, the program has flourished and earned much-deserved national acclaim.

The 5000 Role Models of Excellence Project has awarded millions of dollars in college scholarships to help hundreds of young men achieve their dream of earning a college degree or post-secondary certification. In 1997, President Bill Clinton honored the program, which today serves more than 8,000 students each year, with the Teaching Example for the Nation Award at the Summit for America’s Future.

She won seats in the Florida House of Representatives in 1998 and the state Senate in 2002, where her peers elected her Senate Minority Leader Pro Tempore and Minority Whip. The Florida lawmaker was considered the “Conscience of the Senate” based on her drive to improve life for low-income families and individuals.

As a state legislator, she worked with Governor Jeb Bush to remove the Confederate flag from the State Capitol and passed a bill mandating HIV/AIDS testing for prisoners upon their release and linking them to care in the counties where they relocated. She also passed a bill that made rape in prison a felony crime. Other legislative achievements and priorities included relocating women in Florida prisons to facilities that would enable them to be closer to their children while serving out their sentences; opposing high-stakes testing; pushing for a ban of the term “illegal alien” in state public records; and partnering with Governor Charlie Crist to restore voting rights for ex-felons.

Born in Miami, Congresswoman Wilson learned the value of public service and community activism from her parents. The late Beulah Finley Smith and the late Thirlee Smith, Sr., were small business owners and civil rights activists. Her brother, the late Thirlee Smith, Jr., was the first full-time African American reporter at the Miami Herald and a long-time educator for Miami-Dade County Public Schools, who was responsible for implementing African-American history into the district’s curriculum.

Congresswoman Wilson is widowed and the proud mother of three children: Nicole, LaKesha, and Paul – and has five beautiful grandchildren.