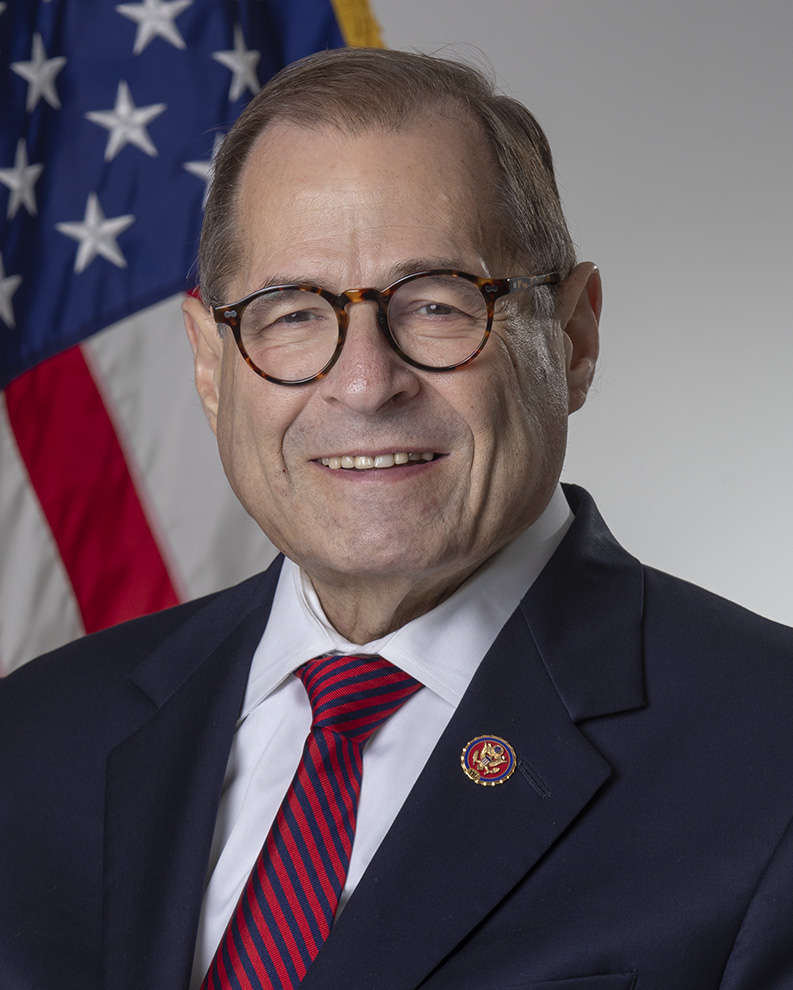 Contact Representative Jerrold Nadler
Jerrold Lewis Nadler is an American politician serving as the U.S. Representative for New York's 10th congressional district since 2013. A member of the Democratic Party, he is in his 15th term in Congress, having served since 1992.

Rep. Nadler began his career in public service in 1976 in the New York State Assembly. Representing the Upper West Side, he served as a Democratic Assemblyman for 16 years and played a significant role in shaping New York State law concerning child support enforcement and domestic abuse, as well as making major contributions to housing, transportation and consumer protection policy in the state. In 1992, Rep. Nadler was elected to the U.S. House of Representatives in a special election and has served in Congress ever since. He was re-elected to his fourteenth full term in 2018.

The Chairman of the House Judiciary Committee, Congressman Nadler served as Chairman or Ranking Member of its Subcommittee on the Constitution, Civil Rights, and Civil Liberties for 13 years and also served as the Ranking Member of the Subcommittee on Courts, Intellectual Property, and the Internet. As Chairman of the House Judiciary Committee, Rep. Nadler led two successful impeachments of former President Donald J. Trump, the only person ever impeached twice.

Rep. Nadler is a graduate of Crown Heights Yeshiva, Stuyvesant High School, Columbia University and Fordham Law School. He lives on the Upper West Side of Manhattan with his wife, Joyce Miller.