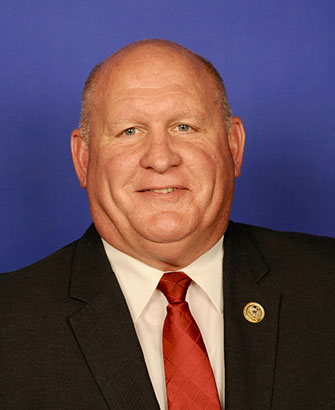 Prior to being elected to Pennsylvania’s geographically largest congressional district, GT spent 28 years as a therapist, rehabilitation services manager, and a licensed nursing home administrator. Through his professional experiences, GT has touched the lives of thousands of individuals facing life-altering conditions. As a result, he has learned firsthand the importance of access to quality healthcare and has become a strong advocate for increased access, affordability, quality of care, and patient choice.

An Eagle Scout and 30+ year veteran of the Juniata Valley Boy Scout Council, GT has served as Scoutmaster, Council executive board member, and Council President. He has enriched the lives of youth throughout Central Pennsylvania. Among just 2,000 presented since 1969, GT received the National Distinguished Eagle Scout Award in 2012.

GT is also a former member of the Bald Eagle Area School Board, past vice-chair of the Private Industry Council of the Central Corridor, and a former Workforce Investment Board member. Because of these experiences, he was appointed to the House Committee on Education & Workforce in 2009. Rep. Thompson is also serving in his fifth term as Co-Chairman of the bipartisan Congressional Career and Technical Education Caucus. In the 115th Congress, Thompson introduced the Career and Technical Education for the 21st Century Act that passed the House and Senate unanimously and was signed into law by President Donald Trump.

A community leader and a volunteer firefighter with over three decades of service, GT is acutely aware of the challenges facing Pennsylvania communities. As Republican Leader of the Agriculture Committee and a senior member of the Education & Labor Committee, GT is in a unique position to bring his expertise and knowledge to bear on the issues facing rural businesses, communities, and families, in order to improve the lives of the citizens of the Fifteenth District.

GT has been the No. 1 speaker on the House Floor for the past five years. He views this as a responsibility to be a strong voice for the citizens of the Fifteenth District and an opportunity to influence the Washington legislative agenda.

GT is a proud graduate of Penn State and Temple Universities, where he earned a B.S. and a Master of Education, respectively. He and his wife, Penny Ammerman-Thompson, have three adult sons, Parker, Logan, and Kale. GT and Penny reside in Howard Township, Pa.