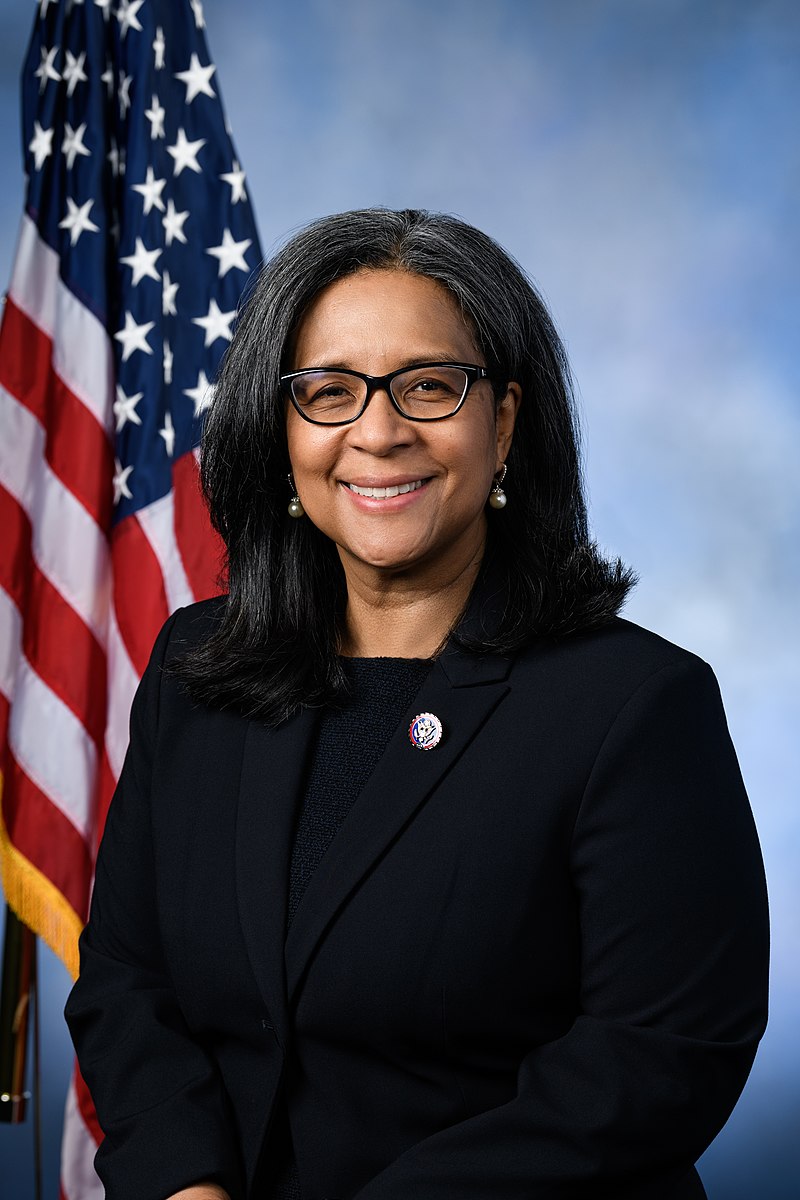 Congresswoman Marilyn Strickland proudly represents Washington’s 10th Congressional District, which covers Pierce County, Thurston County and parts of Mason County. Born in Seoul, South Korea, Strickland is the first African-American to represent Washington State at the federal level, and one of the first Korean-American women elected to Congress in its 230-year history.

Raised in the South Sound, Strickland graduated from Tacoma Public Schools and earned her B.A. in Sociology from the University of Washington. She went on to earn an MBA from Clark-Atlanta University, a Historically Black College and University.

Strickland’s father, who fought in World War II and Korea, met her mother while he was stationed in Korea after the war. Strickland’s parents endured discrimination and hardships that she could never imagine. They wanted her to have opportunities they were denied and taught her to work hard, fight for what’s right, serve the community, and to stand up for the underdog. Those values continue to inspire Congresswoman Strickland every day as she advocates for Washington’s 10th Congressional District in Congress.

Prior to Strickland’s election to Congress, she served as Mayor of Tacoma, where she helped transform a city and economy crippled by a deep recession into a destination for families, workers, artists, tourists and entrepreneurs. In addition to attracting over $1 billion in investment for housing and businesses, she was instrumental in investing over $500 million in infrastructure for roads, bridges, transportation, and the Port, creating over 40,000 new jobs in the Tacoma region.

A firm believer that there is dignity in all work, Strickland led successful efforts to raise the minimum wage and pass paid sick leave, paving the way for statewide action. Her city-wide Environmental Action Plan set goals to improve our air, water, and health. She launched an award-winning summer jobs program for high school students that led to the Tacoma Tideflats Certification Program, creating a pipeline for students to fill high-demand jobs in the maritime and construction trades. She and her team raised the high school graduation rate in Tacoma from 55% to 89% by making education a civic priority. Strickland was proud to stand with the LGBTQ community in support of Marriage Equality and transgender rights, and pass background checks for gun sales in Tacoma before statewide action.

As a Freshman Member of the U.S. House of Representatives, Congresswoman Strickland carries with her the experience of rebuilding an economy after an economic recession. She will always be a strong voice for change so that our most vulnerable community members are served as we re-build an economy that works for all of us.

Strickland serves as a Member of the House Committee on Transportation and Infrastructure in addition to the House Armed Services Committee. She is also a Member of the Congressional Black Caucus (CBC), the Congressional Asian Pacific American Caucus (CAPAC), the Bipartisan Historically Black Colleges and Universities (HBCU) Caucus, Democratic Women’s Caucus, and the New Democrat Coalition.