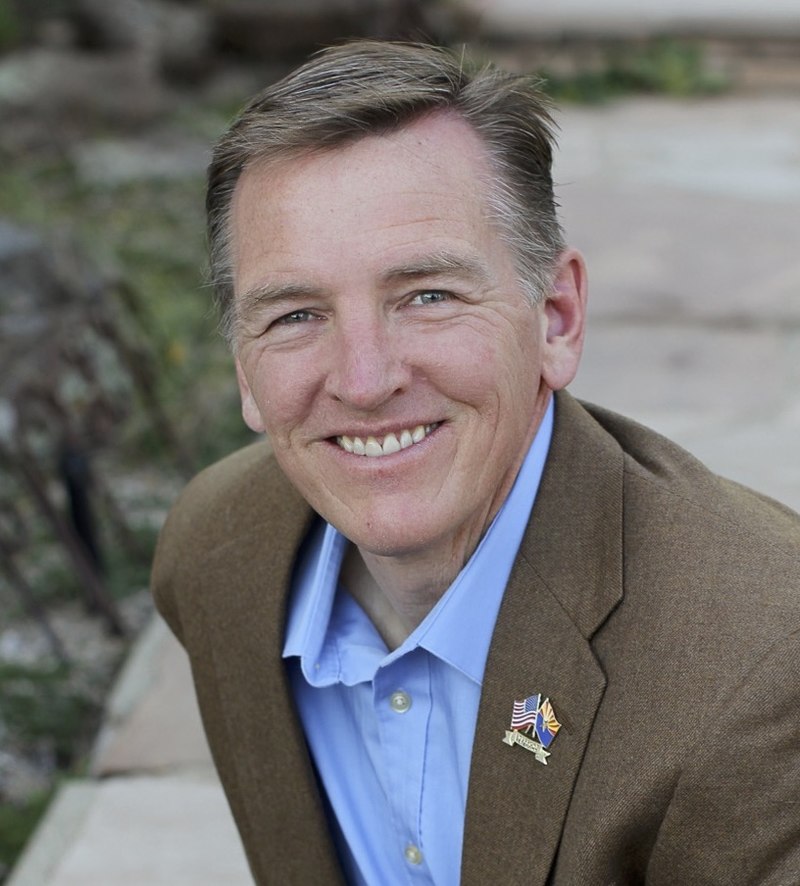 Here you will find contact information for congress Paul A. Gosar, including email address, phone number, and mailing address.

Paul A. Gosar for congress

Paul A. Gosar, D.D.S., is serving his sixth term in Congress as the Representative from Arizona’s Fourth Congressional District. First elected in 2010, he came to Congress with no prior political experience. Paul believes that the Constitution is the cornerstone of our Republic, and always pursues policies that allow for more individual liberty and less government involvement.

Dr. Gosar is focused on bringing jobs back to the district, fighting illegal immigration and securing the border, challenging the status quo and holding Washington bureaucrats accountable, cutting wasteful government spending, and ensuring that he is representing the interests of his constituents.

He has focused his legislative work on natural resources issues and government accountability. Both areas stem from his work on the House Committee on Natural Resources and the House Committee on Oversight and Reform. Dr. Gosar was the Republican Leader of the Subcommittee on Oversight and Investigations and a member of the Subcommittee on Energy and Mineral Resources (up until to November 17, 2021, when he was persecuted by the Democrats and they took him off these committees. Dr. Gosar will still go to committee meetings and participate as allowed and as he sees fit under the circumstances).

Representative Gosar is the founder and Chairman of the Congressional Nuclear Caucus, co-chaired by Debby Lesko.

Dr. Gosar has managed to be extremely effective in a time of gridlock when few other bills were enacted. Rep. Gosar has introduced 16 bills that passed Congress, 24 other legislative initiatives became law and 84 amendments passed the House of Representatives. Rep. Gosar was recognized in 2012 as one of the hardest working and most effective new members of Congress. Rep. Gosar raised the bar even higher during his second term with six bills signed into law by the president, 12 other legislative efforts becoming law, and 24 of his amendments passing the House. As a result of this legislative success, Dr. Gosar was the most effective member of the 113th Congress. One of these legislative victories was the most important bill that passed Congress during this time-frame, facilitating a land exchange that will allow for the creation of 3,700 new jobs and generate $60 billion for Arizona’s economy.

Before being elected to Congress in 2010, Dr. Gosar owned his own dental practice and was a small businessman in Flagstaff for 25 years.

Whether Dr. Gosar is in Washington fighting for his constituents, or back home working to find solutions to the problems facing the people of Arizona’s Fourth Congressional District, he remains committed to ushering in a new era of government that empowers individuals and reforms bureaucratic procedures that are stifling job creation.