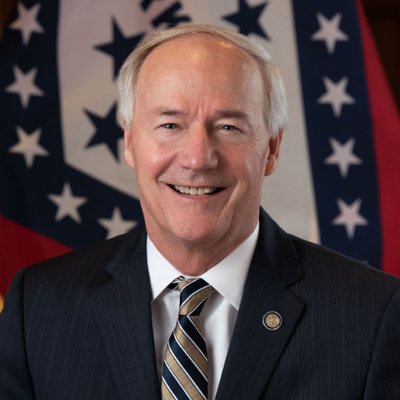 Know more about Governor Asa Hutchinson politicals views
Asa Hutchinson is the 46th governor of the State of Arkansas. In 2018, he was re-elected with 65% of the vote, having received more votes than any other candidate for governor in the state's history.

Asa Hutchinson is the 46th governor of the State of Arkansas. In 2018, he was re-elected with 65% of the vote, having received more votes than any other candidate for governor in the state’s history.

He has won recognition for the state as a leader in computer science education, cut taxes by $150 million, and signed a law that exempts the retirement pay of veterans from state income tax.

President Ronald Reagan appointed Governor Hutchinson as U.S. Attorney for the Western District of Arkansas. In 1996, he won the first of three successive terms in the U.S. House of Representatives. During his third term in Congress, President George W. Bush appointed him director of the Drug Enforcement Administration and later as an undersecretary in the newly created Department of Homeland Security.

His experience has established him as a national resource for his expertise on trade, energy, national security, and education. The governor has been invited to the White House several times to join discussions about health care, Medicaid, and education issues.

The Governor is the current Chair of the National Governors Association. He is the former co-chair of the Council of Governors and the former chairman of the Interstate Oil and Gas Compact Commission (IOGCC), Southern States Energy Board (SSEB), and the Southern Regional Education Board.

Governor Hutchinson grew up on a small farm in Gravette. He is a graduate of the University of Arkansas law school. He and his wife, Susan, have been married 48 years. They have four children and seven grandchildren.

Continue cutting taxes for ALL Arkansans. Work with the legislature to lower the top marginal rate to 5.9% over the next four years Simplify the tax code, close loopholes, and increase fairness for all taxpayers