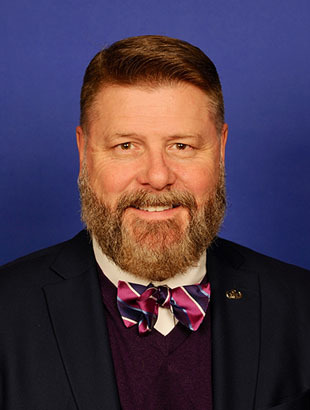 Here you will find contact information for congress Eric A. Rick Crawford, including email address, phone number, and mailing address.

Contact Representative Eric A. Rick Crawford
Eric Alan "Rick" Crawford is an American politician who has been the U.S. Representative for Arkansas's 1st congressional district since 2011. He is a member of the Republican Party. Before he was elected to Congress, Crawford was a radio announcer, businessman, and U.S. Army soldier.

Eric A. Rick Crawford for congress

Raised in an Air Force family, U.S. Representative Rick Crawford has lived all over the United States and in England. His parents instilled in him a devotion to service from a young age. Those simple life lessons have remained with Rick, and are at the forefront of his mind when working on creating a more prosperous America for future generations.

Rick enlisted in the United States Army straight out of high school. He served as an Explosive Ordnance Disposal Technician, completing four years of service and advancing to the rank of Sergeant. He earned numerous medals for service at home and in Southwest Asia.

After completion of his military service, Rick matriculated at Arkansas State University in Jonesboro and graduated in 1996 with a degree in Agriculture Business and Economics.

Throughout college, Rick competed in rodeos across the country and, while recovering from a career-ending injury, discovered a talent for announcing and producing rodeos. He became a freelance rodeo announcer and producer after completing his bachelor’s degree, which led to a career in agri-news reporting and broadcasting. He founded and operated the AgWatch Network – a web-based farm news content provider serving more than 50 radio station affiliates in five states. Rick also served as marketing manager for one of the largest John Deere dealer groups in North America.

Driven by a desire to serve and help secure a brighter future for Arkansas’s First District, Rick decided to run for Congress in 2010. In his six terms in Congress, Rick has voiced the concerns of his district while bringing solutions to the national table. He is the Vice Republican Chair of the House Agriculture Committee, having played a critical role in passing two Farm Bills, having served on the Conference Committees in 2014 and 2018, and as Chairman of Agriculture Subcommittees in three of his first five terms in Congress. He views agriculture as a national security issue – a nation that cannot feed itself is a nation that is not secure.

National security is one of Rick’s top priorities and he was appointed in 2017 to serve on the House Permanent Select Committee on Intelligence (HPSCI) – the first and only Arkansas representative to do so. He is currently in his second term as the Ranking Member of the Counterterrorism, Counterintelligence, and Counterproliferation Subcommittee.

Rick also serves on the Transportation and Infrastructure Committee where he has worked to create safer and more reliable highways, waterways, railways, and runways. His most significant accomplishment on the transportation front for the First District was the interstate designation of I-555, a vital corridor for Northeast Arkansas. He serves on the Subcommittee on Highways and Transit and is serving his second term as the Ranking Member of the Subcommittee on Railroads, Pipelines, and Hazardous Materials. In this leadership role, Rick influences decisions on the economic and safety regulation of railroads and the safety oversight of pipelines and pipeline facilities.

Rick and his wife Stacy, also an A-State graduate, live in Jonesboro with their two children. In his spare time he enjoys spending time with his family, cooking, watching old western films, and playing guitar and singing with his band, Triple Nickel.