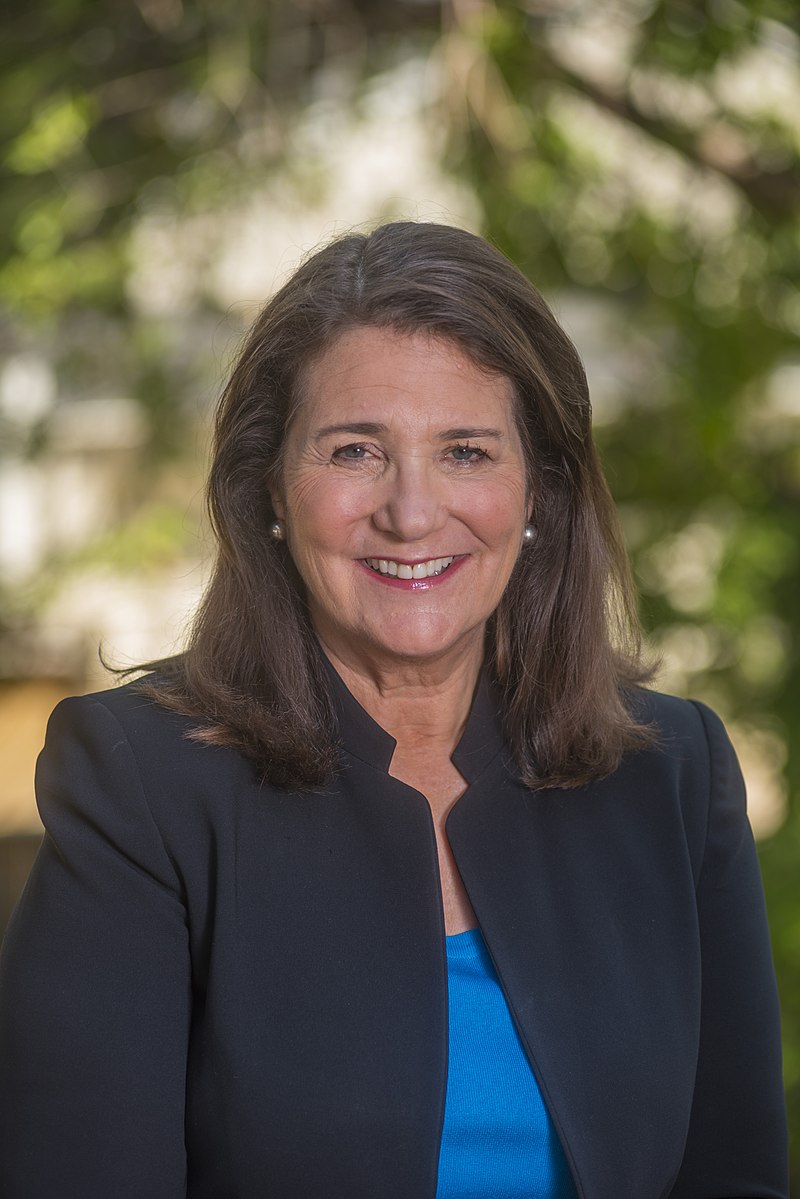 Contact Representative Diana DeGette
Diana Louise DeGette is an American politician serving as the U.S. Representative for Colorado's 1st congressional district since 1997. A member of the Democratic Party, her district is based in Denver.

Rep. Diana DeGette is a fourth-generation Coloradoan who has dedicated her life to serving the people of Colorado’s First Congressional District.

Now in her thirteenth term, DeGette is recognized as a leading voice in the nation’s ongoing health care debate. As the chair of a key oversight panel, DeGette is responsible for overseeing some of our nation’s most important federal agencies – including the Department of Health and Human Services (HHS), the Environmental Protection Agency (EPA) and the Food and Drug Administration (FDA).

In her role as chair of the House Committee on Energy and Commerce’s Oversight and Investigations Subcommittee, DeGette has become a leading figure in overseeing our nation’s health agencies as they respond to the COVID-19 pandemic, ensuring the EPA is properly enforcing the nation’s environmental laws, and lowering the cost of insulin for the millions of Americans who rely on it every day.

In addition to chairing the Energy and Commerce Oversight panel, DeGette also serves as a member of the House Natural Resources Committee, where she’s working to enact policies that will further protect Colorado’s public lands and combat climate change.

A leader on health care…

Rep. DeGette believes Congress has a responsibility to make health care more accessible and affordable for all Americans. Among her Congressional colleagues, DeGette is seen as a leading expert on cutting-edge scientific research, including the use of human embryonic stem cells.

In 2005, DeGette authored the Stem Cell Research Enhancement Act to overturn the restrictions President George W. Bush put in place to prohibit the use of embryonic stem cells for research purposes. While Congress voted twice to approve DeGette’s legislation, President Bush vetoed it both times. In March 2009, President Obama included the language from DeGette’s bill in an executive order he signed to reverse the restrictions.

In addition to expanding the use of stem cell research, DeGette has been instrumental in expanding the State Children’s Health Insurance Program (SCHIP), which provides health insurance to low-income children. She also played a key role in drafting the Affordable Care Act, which President Obama signed into law in 2010.

Despite her many accomplishments, the one piece of legislation DeGette is best known for championing is the 21st Century Cures Act, which has modernized the nation’s medical research system. The bill, known simply as the Cures Act, has been widely hailed as one of the most important pieces of legislation that Congress has passed in recent years. From cancer research to precision medicine, it has enabled more labs to make more breakthrough discoveries that could soon lead to new cures and treatments for patients around the world.

As co-chair of the Congressional Pro-Choice Caucus, DeGette has been an outspoken leader in the fight to protect Americans’ right to reproductive care.

DeGette is a co-author of the EACH Act to overturn a long-standing provision in federal law, known as the Hyde Amendment, which has prevented millions of low-income Americans on Medicaid from accessing the abortion care they need.

She was also a key leader in the historic fight to exclude the Hyde Amendment’s abortion-coverage ban in the government’s FY2022 spending bill that the House passed in 2021.

DeGette, who has been a leading voice for reproductive rights since her time as a state legislator, has fought in Congress to expand Americans’ access to birth control and other family-planning services. She also helped lead the effort to rescind the Trump Administration’s birth-control rules that allowed virtually any employer to refuse to provide birth-control coverage for their employees; and has been a leading advocate for the Equal Pay Act to ensure all women in this country receive equal pay for equal work.

Fighting to protect the environment…

A lifelong Coloradan, DeGette is guided by her traditional Western values and has a unique appreciation for our nation’s natural resources and public lands. In 2019, DeGette sponsored legislation that was signed into law to make all national parks and public lands free for fourth grade students and their families to visit. She also authored a historic piece of legislation, known as the Colorado Wilderness Act, to protect and preserve 660,000 acres of wilderness across Colorado.

As a member of the House Natural Resources Committee, DeGette is focused on enacting new policies aimed at combating the climate crisis, while helping to grow our country’s clean energy economy.

In 2007, DeGette successfully brokered a deal to enact tough new standards to protect Americans from lead in drinking water. She also played a key role in the effort to ban phthalates, a dangerous chemical which is harmful to children. And, as chair of the subcommittee that’s responsible for overseeing the FDA, DeGette is leading the charge to protect our nation’s food supply.

DeGette’s passion for protecting people’s rights is what led her to pursue public office. Prior to being elected to Congress, DeGette was an attorney in the Denver area where she focused on workers’ rights. While in office, DeGette has worked tirelessly to protect the rights of women, immigrants and minorities in Colorado and across the country.

In 2019, DeGette convened the first House oversight hearing on the Trump administration’s controversial policy of separating families at the border and continues to fight for the better treatment of immigrants and their families.

In recognition of her outstanding commitment to protecting civil rights, the ACLU of Colorado awarded DeGette with its Carle Whitehead Memorial Award, which is given to those who make extraordinary contributions to protecting civil rights and furthering civil liberties in Colorado. DeGette is also the recipient of the NEWSED Community Development Corporation’s Civil Rights Award for her work to protect the rights of her fellow Coloradans.

A champion of bipartisanship…

Even in times of intense political division, DeGette has shown an ability to reach across the aisle to get results for the people of her district.

In 2017, DeGette was honored by the Javits Foundation for her renowned commitment to cooperation and collaboration across party lines.

In 2018, the U.S. Association of Former Members of Congress awarded DeGette with its Statesmanship award for her efforts to pass legislation in a collaborative and bipartisan manner.

Before serving in the U.S. House of Representatives, DeGette served two terms in the Colorado House, including one term as Assistant Minority Leader from 1993-1995.

In 1996, after two terms in the state legislature, DeGette was elected to the U.S. House of Representatives where she continues to serve the people of Colorado’s 1st Congressional District.

DeGette is married to Lino Lipinsky. They have two daughters and a son-in-law.