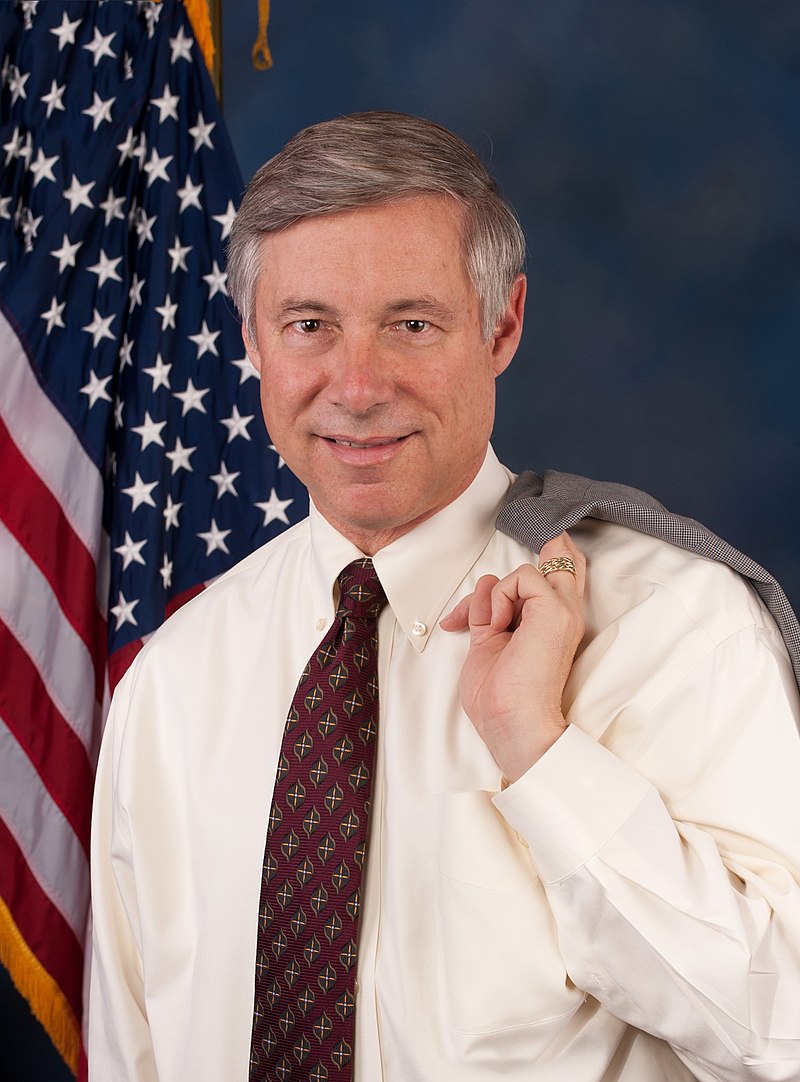 Contact Representative Fred Upton
Fred Upton is known as a sincere, hardworking leader who listens to all perspectives, supports our Midwestern values, and achieves results for Southwest Michigan.

Fred Upton is known as a sincere, hardworking leader who listens to all perspectives, supports our Midwestern values, and achieves results for Southwest Michigan. Fred’s focus remains on passing important legislation to encourage job creation, protect taxpayers, help our community and enhance the quality of life for everyone in Southwest Michigan and throughout our country.

Fred knows how to get things done in Washington and back home in Southwest Michigan.

Prior to his election to Congress, Fred worked for President Ronald Reagan in the Office of Management and Budget. While at OMB, Fred developed a keen understanding of fiscal issues and the critical importance of cutting deficit spending and reducing the debt to protect the nation’s fiscal integrity. Fred is fighting hard to put our nation’s fiscal house back in order through spending cuts and reforms like the Balanced Budget Amendment and the line-item veto.

The Dowagiac Daily News calls Fred a “breath of fresh air in polarized Washington” who “keeps company at the highest levels of the federal government, but he never forgets where he comes from.” Fred’s hometown paper, The Herald Palladium, calls Fred an “engaged, positive representative” who has “effectively pulled the levers of government that have allowed key infrastructure projects to move forward.” Additionally, in 2016, independent outlet Newsmax named Fred one of the “Top 25 Hardest Working Members of Congress”.

In 2010, Fred was selected by his colleagues to serve as Chairman of the House Energy and Commerce Committee, which has jurisdiction over issues relating to energy, the environment, healthcare, telecommunications, commerce, manufacturing, trade, and oversight and investigations. He currently serves as Chairman of the Subcommittee on Energy. As Chairman, Fred was widely respected for his bipartisan track record of successful initiatives. During his tenure, he ushered more than 200 pieces of legislation into law.

Fred is also the leading driver of the bipartisan 21st Century Cures Initiative which will speed up the development and approval of life-savings drugs and devices - helping patients and families in need across the country. 21st Century Cures also supports local jobs by modernizing regulations to enable medical manufacturing to thrive in Southwest Michigan. Thanks to Fred’s leadership, 21st Century Cures was advanced in the House of Representatives and U.S. Senate by overwhelming, bipartisan votes and was signed into law at the end of 2016.

Fred is a graduate of the University of Michigan, and remains a Wolverines and Cubs fan. He and his wife Amey of 30 years are the proud parents of two children.

Job creation and building a healthy economy have always been two of Fred’s top priorities.

Every family wants a safe, healthy, and prosperous community to call home, that’s for certain. Fred will continue to work with his federal, state, and local partners to create safer communities for all Americans.

Fred is also opposed to efforts to Defund the Police. There are common-sense steps we can take to improve policing in our communities, but law enforcement serves in an important role in protecting our neighborhoods. Law enforcement needs resources for better pay, training, and equipment, like body cameras, to help them do their jobs and keep our communities safe. At the same time, we need to look at ways to enhance critical community services like mental health, youth development, housing, and education.

Agriculture has always had strong roots in Michigan, and Fred has long been an advocate and an ally of the farming community. Knowing that Southwest Michigan farmers quite literally feed the world, Fred has worked diligently to ensure they have the resources they need to continue producing a safe, affordable, and abundant food supply for American families.

During his time in Congress, Fred has been a fervent supporter of commonsense solutions that cut burdensome red tape and keep federal regulators out of day-to-day farm operations. Southwest Michigan farmers are the best stewards of their own land, and Fred will not allow federal bureaucrats to impose job-killing, harmful regulations on local farms that drive up energy and operating costs.

Fred is also a strong advocate of free, but fair, trade deals for our farmers. He knows that we must keep the playing field level for Michigan growers. That’s why he was proud to support the passage of the United States-Canada-Mexico Agreement as this legislation will truly support our Southwest Michigan economy and put more money in farmers’ pockets.

Fred knows our seniors are among the most vulnerable in our society, and that we must do more to better care for their safety. That’s why he has fought to make long-term care for older Michiganders and their families more affordable and convenient. The cost of long-term care should not prevent our seniors from receiving the quality care that they deserve.

Fred will also always fight to protect Social Security and Medicare. Michigan seniors have paid into the Social Security system and Medicare program throughout many years of hard work, and Fred will not allow these benefits to be reduced in Congress. Simply put, those who have earned their benefits deserve to get those benefits.

DELIVERING FOR OUR VETERANS

With U.S. troops defending our nation around the world, it is more important now than ever that we provide our soldiers and their families the resources they deserve both on the battlefield and here at home.

When a vote to help veterans comes to the floor, it is the easiest vote Fred takes – it’s always ‘YES.’ Fred has worked and will continue to work with colleagues on both sides of the aisle to get veterans back to work, ensure veterans receive a quality education, improve the disability benefits system, and protect the health and well-being of our veterans.

In 2019, Fred marked the beginning of the VA MISSION Act, bipartisan legislation he supported that expands access to medical care for veterans.

Taking care of our veterans is one of our most important responsibilities, and Fred is proud to support initiatives that put our veterans and their wellbeing first.

SUPPORTING THE NEXT GENERATION

As a new grandpa and father of two, Fred understands the importance of ensuring that our children receive the quality education that they deserve. Fred truly believes that an educated workforce creates a stronger and more stable economy, and he will always fight to ensure our children have the tools they need to succeed in the classroom and beyond.

In his commitment to enhance educational opportunities for Michigan students, Fred has been a proud supporter of the For Inspiration and Recognition of Science and Technology (FIRST) Robotics programs, which promote STEM education. Today in the United States, our own students are being outperformed in math and science education by other countries, and programs like FIRST Robotics look to close this gap.

Fred has also been a strong advocate of reducing the costs of attending college. With tuition rising year after year, the financial burden on our students and their families is a real problem, and Fred has worked to keep higher education affordable for all Americans by expanding federal loan programs and reducing interest rates on millions of student loan borrowers.

Fred knows that the future is bright, and he will always fight to expand educational opportunities and provide the necessary resources for our children to succeed.

Border security is national security, and Fred remains committed to ending the crisis at our Southern Border and ensuring federal immigration enforcement has the tools to curb illegal immigration. Fred has voted to enhance border security and fund the construction of the Southern Border wall. He has witnessed the humanitarian crisis at the border and has fought the Biden Administration’s efforts to weaken penalties for drug traffickers and reinstate the failed Catch and Release policy.

Inflation is harming all Americans – at the store, while pumping gas, and when paying the energy bill. Fred has fought trillions in new federal government spending by the Biden Administration and Democrats in Congress that fuel inflation. Reining in inflation by stopping the printing press and restoring our supply chain are Fred’s top priorities.

Now more than ever, the brave men and women in law enforcement deserve our support. Fred Upton has always Backed the Blue and defended those who protect and serve our communities In Congress, Fred has led efforts to boost support for law enforcement, introducing the “Invest to Protect Act” in January that would provide $50 million to local police departments for recruitment, training, and equipment. As crime rates skyrocket, Fred will continue to oppose the far-left’s radical Defund the Police movement and work with federal, state, and local law enforcement to help keep Michigan safe.