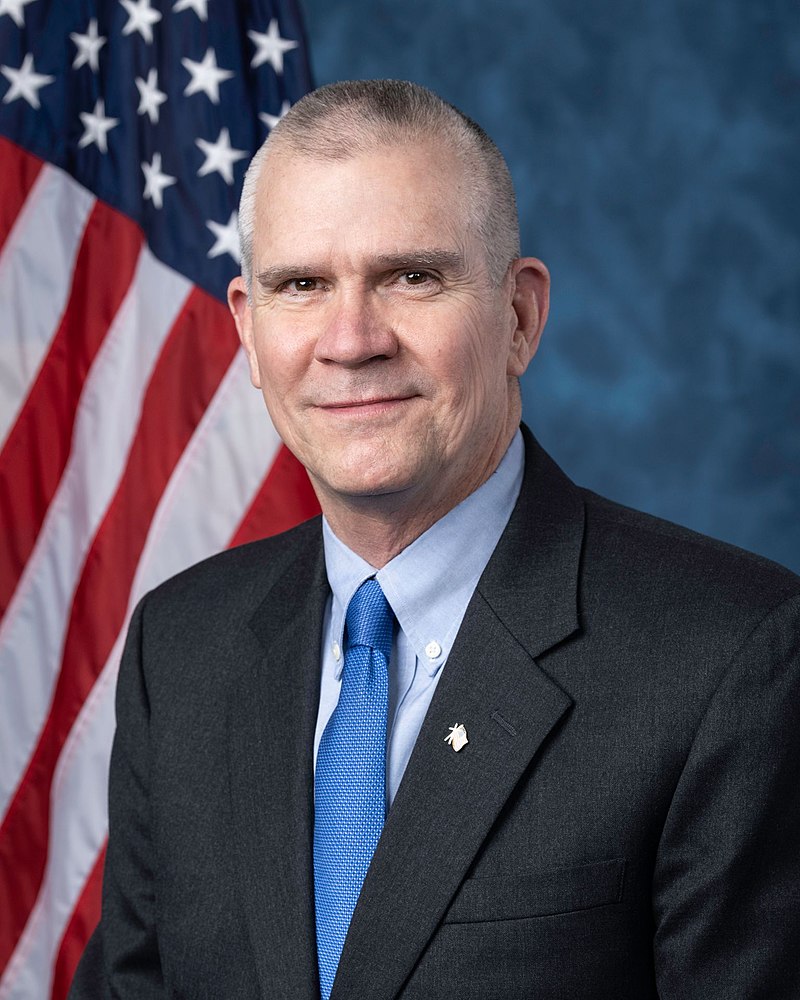 Matt Rosendale, 59, is a conservative proven leader who has dedicated his life to working for Montana. He is the son and brother of U.S. Marines.

Matt and his wife, Jean, have been living at their ranch in Glendive for nearly 20 years. They chose to make Montana home because they love and share Montana values where faith, family, and community are still important. They’ve been married for 34 years and have three sons, Matthew Jr., Brien and Adam who all graduated from Dawson County High School. Matt’s an avid hunter and outdoorsman, and every year opens up their ranch to the Glendive community so that kids, families, and veterans can hunt, camp, and recreate.

On their ranch, Matt spent many long hours working on the land and helping his neighbors’ brand and herd cattle, haul crops from the field, and rebuild fences after a prairie fire. Matt knows the value of hard-work and the importance of being there to lend a helping-hand to your neighbors. Matt was first called to public service back in 2010 when his Glendive neighbors recruited him to run for the Montana Legislature. They asked him to reduce spending and regulations, defend our gun and property rights, and always defend the sanctity of life – and that’s exactly what he did.

As State Auditor, Matt cut his operating costs by 23% and the bureaucracy in his office by eliminating seven vacant job positions, and when Montana’s budget was in crisis, he refused a pay increase even when every elected state official – Republican and Democrat – took one.

Matt is committed to lowering and providing more affordable health care options to Montana families, protecting those with pre-existing conditions, and taking on the billion-dollar pharmaceutical middle-men to bring more transparency to drug prices and lower drug costs for all Montanans.

As a member of the Montana State Land Board, Matt fights tirelessly to protect and expand access to our public lands. Over the last two and a half years, he’s worked to expand access to over 45,000 acres of previously hard-to-reach areas that are now publicly accessible for more hunting, fishing and other recreational activities for Montanans. Matt opposes a federal lands transfer and will continue to fight every day to protect our public access to public lands and will always keep them in public hands! For Matt, Montana always comes first. He will always listen, represent our values, and protect our Montana way of life.

As the son and brother of U.S. Marines, Matt stands strongly with our veterans. They have made tremendous sacrifices for our nation and their families and they deserve to be treated with respect, honor and to receive the care they were promised — but this hasn’t always been the case.

The issues we face with the VA are a direct result of a lack of leadership and accountability. We must continue to fight the D.C. status quo and work to unwind the red tape at the VA with more legislation like the VA IT Reform Bill that Matt introduced this year, which passed unanimously through the House Veterans Affairs Committee. Too many veterans are put on long wait lists, can’t see a doctor in a reasonable amount of time or receive the health care they need when they need it. Our veterans deserve much better.

Matt’s committed to fixing this problem, listening to our veterans, and getting them the health care they were promised.

Matt and his wife, Jean, are also proud to be supporters of the Wounded Warriors program, opening up their home and ranch to veterans and their families to recreate and hunt.

The people of Montana have made it very clear that they oppose a federal lands transfer. Matt’s listened and completely agrees:

NO FEDERAL TRANSFER OF OUR PUBLIC LANDS!

Matt’s committed to protecting and expanding access to our public lands. He will fight back against the Washington bureaucrats who put up gates and lock us out from accessing our public lands. He will stand up to the radical environmentalists who sue to shut down the proper management of our forests. Watching our forests burn every summer isn’t smart policy and Matt has worked to bring much needed reform to public land management.

As a member of the State Land Board, Matt has been responsible for managing and expanding access to over 5 million acres of school trust lands. Matt worked diligently to grant easements and authorize land purchases to over 45,000 acres of previously hard-to-reach areas that are now publicly accessible for more hunting, fishing and other recreational activities.

Under both Republican and Democrat presidents, our laws have been ignored and we’ve looked the other way as illegal immigrants have flowed freely into this country without consequence. Now, more than ever, we need members of Congress that are willing to enforce our laws, protect our nation, and secure our borders.

Matt will continue to stand against the open-border policies of the Biden Administration and he will always put America First — by supporting efforts to build the wall, deport criminals, and put an end to sanctuary cities and the disastrous policy of catch and release.

Montana families have been devastated with higher premiums and higher deductibles that have made health care completely unaffordable. Matt will continue working to expand access and reduce health care costs because he believes we must provide more affordable options and better care to all Montanans while also protecting those with pre-existing conditions.

Matt’s proud of the work he’s accomplished at the state and the federal level to provide more affordable care and expand health care access. When he served as Montana State Auditor, Matt was responsible for authorizing direct primary care agreements, a high-quality, affordable alternative to high-deductible, high-premium insurance. This action has allowed Direct Primary Care facilities to open doors in nearly every major city across Montana and provide access to routine health care at an affordable monthly rate. Matt also worked hard to protect Montanans with pre-existing conditions and ensure they have access to affordable health care.

During his time in Congress, Matt has introduced legislation such as the Department of Veterans Affairs Telehealth Strategy Act to help best serve the healthcare needs of our nation’s heroes, and the Rural Telehealth Expansion Act to help save Montanans time, energy, and money by increasing access telehealth services.

Matt will always fight to preserve and protect Medicare and Social Security benefits for Montana seniors. Both of Matt’s parents received these benefits and he knows countless Montanans who depend on this safety net to make ends meet.

These benefits were earned and promised to our seniors — and Matt won’t let Washington politicians from either party cut or take away any of these benefits.

Matt will always defend our Second Amendment Rights. The Constitution couldn’t be clearer: “The right of the people to keep and bear arms shall not be infringed.”

Our Montana way of life is under assault and Matt Rosendale will always defend our right to keep and bear arms. Matt firmly believes our Second Amendment Rights are not up for negotiation – period.

We can’t lose focus on bringing much needed fiscal discipline to this nation. You don’t hear too many politicians talk about reigning in spending or balancing the budget anymore but it’s one of the most pressing issues facing our nation.

Matt has always led by example. After just a little over a year in Congress, Matt has seen just how dysfunctional things are in D.C.—especially when it comes to our budget. Congress is responsible for determining the national budget and being responsible stewards of taxpayer dollars—and they have failed miserably. Matt believes that we must continue to do everything we can to rein in the out-of-control spending in DC and increase transparency so that we can hold government accountable.

Matt has worked to bring conservative leadership and fiscal discipline back to Washington to end its spending addiction and work to finally deliver a balanced budget — just like we do here in Montana.