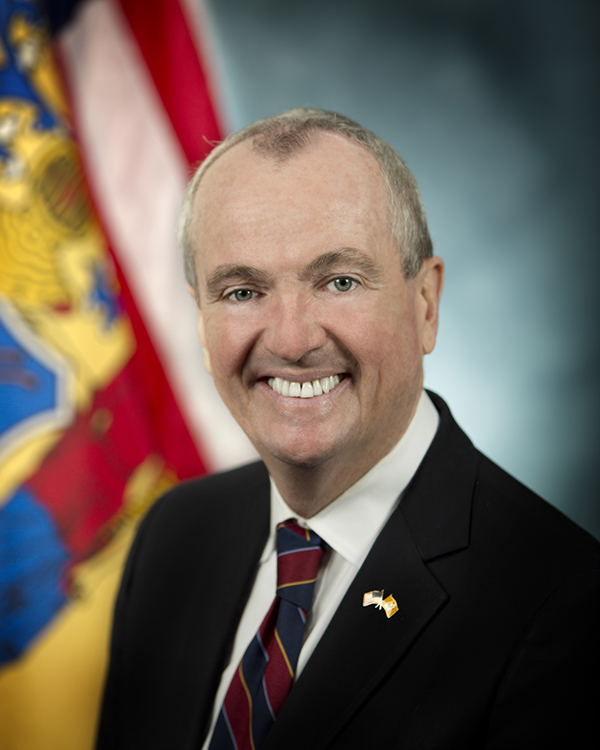 contact Governor Phil Murphy
Since taking office, Governor Murphy has focused on building a stronger and fairer New Jersey that works for every family.

Since taking office, Governor Murphy has focused on building a stronger and fairer New Jersey that works for every family. Under his leadership, New Jersey has made strides in creating and expanding economic opportunity while shrinking long-standing inequities, restoring fiscal responsibility, delivering real property tax relief, growing the state’s economy, and investing in its people.

Governor Murphy’s primary focus is building a stronger and fairer economy that works for every New Jersey family. Since the recession, incomes have been stagnant while costs of living continue to rise, making it difficult for middle-class and working-class families to get by, much less get ahead. Governor Murphy believes in strengthening our economy by reigniting the innovation economy that made New Jersey the Silicon Valley before there was a Silicon Valley, and investing in infrastructure to take advantage of our location between two major markets. He is committed to making New Jersey’s economy fairer by raising the minimum wage to $15 an hour, expanding protections for workers such as paid sick leave, and providing tax relief to working families. Governor Murphy will also institute a renewed focus on workforce development, vocational training, and apprenticeship programs so that workers will have the skills they need to meet employers’ requirements.

Our state’s economic future depends on giving our children the education they need to succeed in a 21st century economy where they will be competing with workers around the globe. While New Jersey is blessed with some of the best public schools and educators in the nation, significant disparities exist within our educational system. Governor Murphy is committed to fully funding the existing school funding formula, which was held up as a national model when passed, and opposes the unnecessary usage of standardized tests, particularly as graduation requirements. And money should never be a barrier to students who have the ability and drive to go to college, which is why he will work towards making community college free and four-year college more affordable.

Governor Murphy recognizes that climate change is a fact and an existential threat to our state, and that the effects are already being felt along our shoreline. While this is a crisis to be addressed, it is also an opportunity to build a clean energy economy with good-paying green jobs. Governor Murphy will seize this opportunity by restoring New Jersey’s participation in the Regional Greenhouse Gas Initiative and putting New Jersey on a road to 100 percent clean energy by 2050. He will accelerate the development of renewable energy sources by promoting solar energy and jumpstarting our offshore wind industry, where New Jersey should be a national leader given its location. In addition, he will ensure that our environmental efforts are appropriately focused on low-income communities who are disproportionately impacted by pollution, and protect the quality of our air and water supply.

Governor Murphy believes that health care is a right, not a privilege, and will work to ensure that all New Jerseyans have access to affordable health care. The Affordable Care Act was a huge step in the right direction and reduced the uninsured population in the state by hundreds of thousands, and Governor Murphy will defend it against all attacks in Washington. He will fight back against any attempts to slash Medicaid funding or end the Children’s Health Insurance Program, which are crucial to many New Jerseyans. And Governor Murphy is committed to taking action at the state level to make health care more affordable and accessible.

New Jersey has the shameful distinction of having the largest black-white incarceration gap of any state in the country. Governor Murphy will address this problem by bringing law enforcement and the community together, as he did when he brokered the first meeting between the head of the state PBA and the state chapter of the NAACP. He will end mass incarceration by pursuing the legalization of marijuana and comprehensively reviewing all criminal sentencing laws. Governor Murphy will also ensure that all of our communities are safe. That includes defending our immigrant communities that are being targeted by the federal government by ensuring that all New Jersey residents facing detention or deportation have access to legal representation. And he will also sign common-sense gun safety measures in order to stem the epidemic of gun violence that plagues our state.

One of New Jersey’s greatest assets is its location, with access to two of the largest markets in the world. However, our state has squandered this advantage due to a failure to make the necessary investments in its infrastructure. The two current rail tunnels under the Hudson River are over 100 years old and rapidly deteriorating. After the termination of the Access to the Region’s Core project, which would have resulted in the opening of two new tunnels this year, Governor Murphy understands that the replacement Gateway Project is essential and will do everything possible to support it. Additionally, NJTransit has suffered from severe underfunding and mismanagement, which has seen fares soar while quality of service and safety have declined sharply. Governor Murphy is committed to turning NJTransit around by ensuring that funding is adequate, improving customer service, and putting transportation experts in charge.