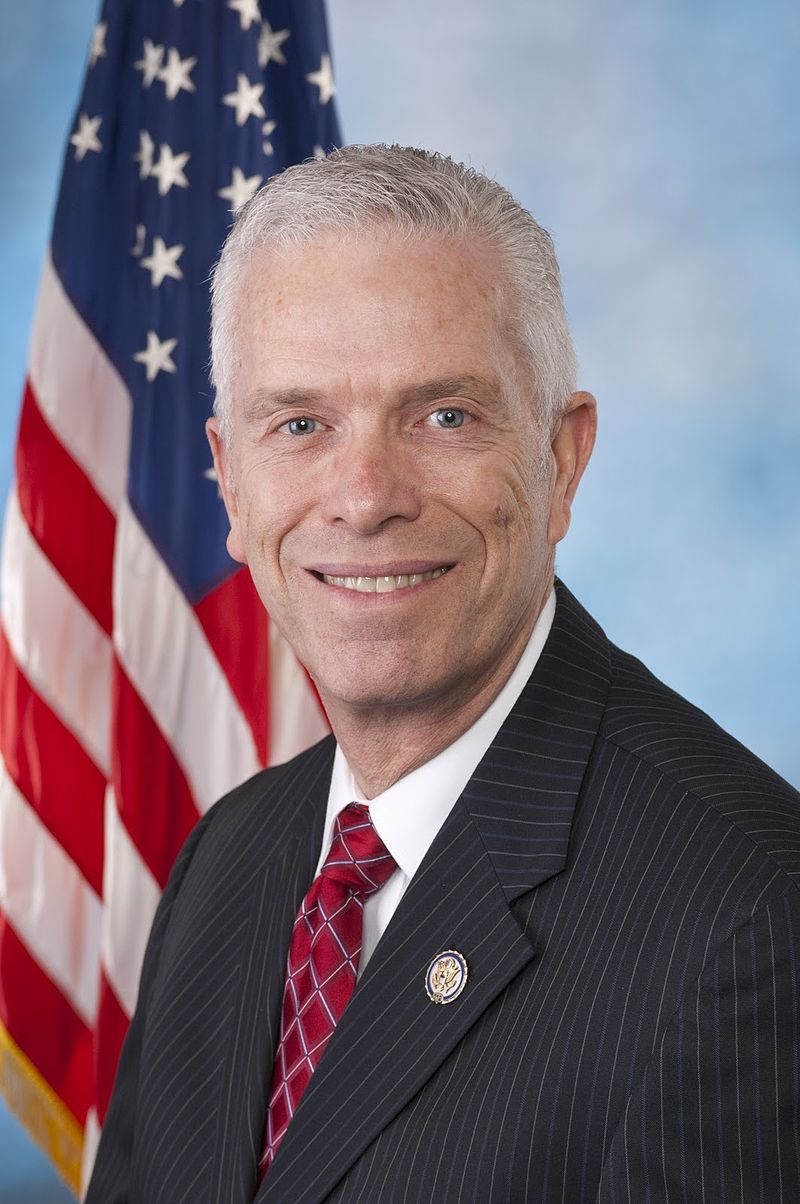 Contact Representative Bill Johnson
William Leslie Johnson is an American politician who has been the U.S. Representative for Ohio's 6th congressional district since 2011. He is a member of the Republican Party.

Bill Johnson was born and raised on family farms, where he learned early the values of hard work, honesty, and sacrifice. Those values have stayed with Johnson throughout his life and have made him the leader he is today.

Johnson entered the U.S. Air Force in 1973, and retired as a Lieutenant Colonel after a distinguished military career of more than 26 years. He graduated Summa Cum Laude from Troy University in Troy, Alabama in 1979, and he earned his Master’s Degree from Georgia Tech in 1984. During his tenure in the U.S. Air Force, Johnson was recognized as a Distinguished Graduate from the Air Force Reserve Officer Training Corps, Squadron Officers School, and Air Command & Staff College. Bill is also a proud recipient of the Air Force Meritorious Service Medal, the Air Force Commendation Medal, and the National Defense Service Medal. As Director of the Air Force’s Chief Information Officer Staff at U.S. Special Operations Command, Johnson worked directly with senior congressional and Secretary of Defense representatives, as well as top leaders within the various U.S. intelligence communities, to ensure America’s Special Operations forces were adequately equipped to carry out critical national security missions.

Following his retirement from military service, Johnson turned to creating and building high technology businesses. He cofounded Johnson-Schley Management Group, Inc., an information technology (IT) consulting company that increased revenues by more than 200% in just three years under his leadership. In 2003 he left Johnson-Schley to form J2 Business Solutions, Inc., where he focused on providing executive level IT support as a defense contractor to the U.S. military.

From 2006 through 2010, Johnson served as Chief Information Officer of a global manufacturer of highly engineered electronic components for the transportation industry headquartered in Northeast Ohio. As a member of the executive leadership team, he managed a multi-million dollar departmental budget.

Since first being elected in 2010, Johnson has been fighting to create jobs in Eastern and Southeastern Ohio, improve services to our nation’s heroes - our veterans, and to make our federal government more effective, efficient, and accountable to the American people. He’s working hard to ensure that our children and grandchildren are blessed with the same opportunities of previous generations. Johnson has led the effort in the House of Representatives to defend the coal industry from executive and bureaucratic overreach, and to secure American energy independence. 19 bills authored by Johnson have been signed into law.

In November of 2020, Johnson was elected to a sixth term to serve the people of Eastern and Southeastern Ohio. Johnson retained his seat on the powerful House Energy & Commerce Committee that is charged with providing a key role in developing America’s energy, healthcare, and telecommunications policies (among others), while providing oversight on the Administration’s implementation of these laws. Additionally, he is a member of the Coal Caucus, Co-Chairman of the House Natural Gas Caucus, and a member of the House Shale Caucus.

Johnson is the author of the book entitled “Raising Fathers”, in which he addresses the importance of fatherhood, and begins confronting the destructive social and cultural impacts caused by the staggering number of America’s children that are being raised in fatherless homes.

Congressman Johnson, and his wife LeeAnn, currently reside in Marietta, Ohio with a son, Nathan. Johnson is also the proud parent of three grown children: Joshua, Julie, and Jessica, and is a grandfather of six.