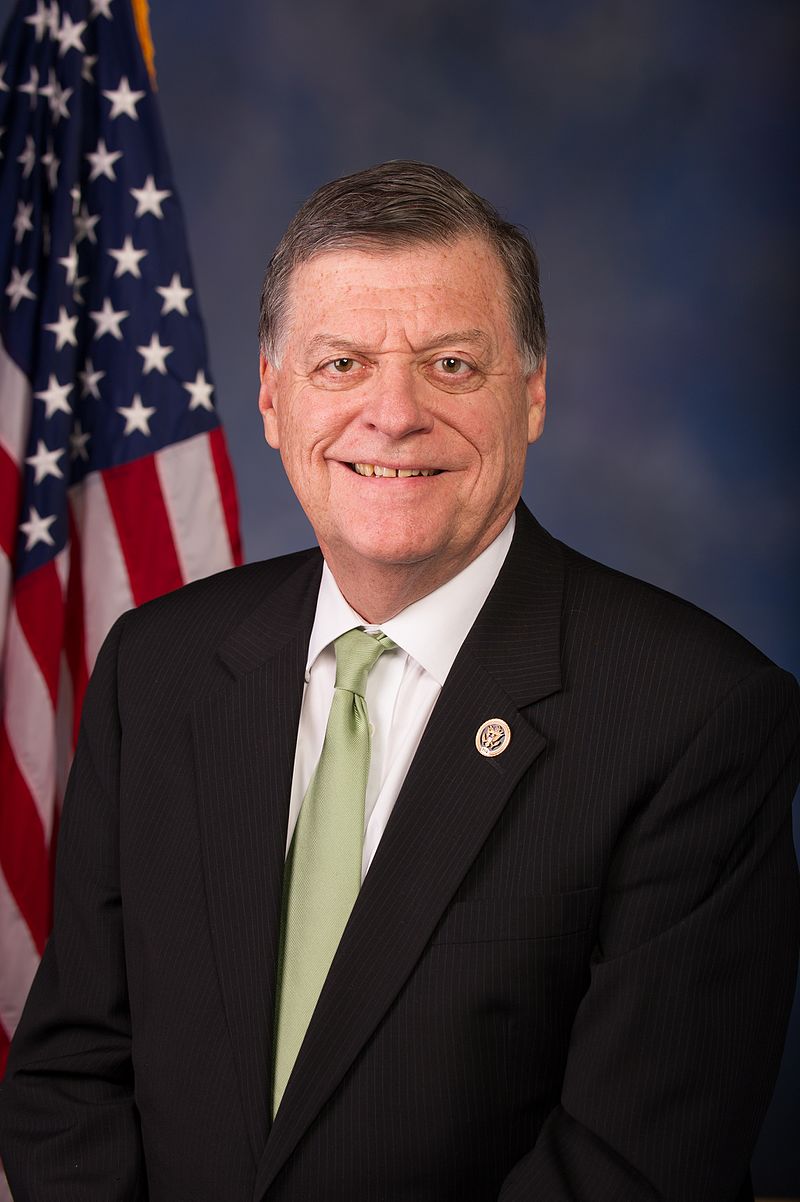 Contact Representative Tom Cole
Thomas Jeffery Cole is the U.S. Representative for Oklahoma's 4th congressional district, serving since 2003. He is a member of the Republican Party serving as Deputy Minority Whip.

Tom Cole has spent his career in service to Oklahoma. In Congress, Tom is a leading advocate for a strong national defense and protecting taxpayers and promoting small businesses. And, notably, Tom is a bold leader on issues dealing with Native Americans and tribal governments. Identified by Time Magazine as “one of the sharpest minds in the House”, Cole was named as one of “Five Freshmen to Watch” by Roll Call at the outset of his congressional career.

In Washington, Tom Cole is always on the front lines promoting and protecting our strong conservative Oklahoma values. He serves on the powerful House Appropriations Committee and is Chairman of the Subcommittee on Labor, Health and Human Services, Education and Related Agencies where he has helped promote important research into finding cures for terrible diseases like Alzheimer’s and Cancer, while simultaneously cutting overall spending in wasteful, unnecessary programs. He is also assigned to the Subcommittees on Defense and Interior.

Tom also serves on the House Budget Committee where he has fought to reduce spending and balance the budget. Each year he has been in Congress Tom has supported the smallest budget proposed.

Throughout his life Tom Cole has always worked to serve Oklahoma. Tom served as Chairman of the Oklahoma Republican Party and as a member of the Oklahoma State Senate. As Oklahoma’s Secretary of State, Tom was Governor Frank Keating’s chief legislative strategist and liaison to the state’s federal delegation. Together they worked with business and elected leaders to orchestrate the tremendous economic growth Oklahoma experienced from the late 90’s through the first decade of the 21st century. Keating tapped Cole to lead Oklahoma’s successful effort to secure federal funds to assist in the rebuilding of Oklahoma City in the wake of the bombing of the Alfred P. Murrah Federal Building on April 19th, 1995.

A small business owner, Cole co-founded a nationally recognized political and market research firm that was at the forefront of Oklahoma’s transformation from a Democratic controlled legislature to one of the most Republican in the nation.

Cole also is a former college instructor in history and politics, holding a B.A. from Grinnell College, an M.A. from Yale University, and a Ph.D. from the University of Oklahoma. Cole has been a Thomas Watson Fellow and a Fulbright Fellow at the University of London. Tom also holds honorary degrees from Hillsdale Bible College in Moore and Oklahoma City University. He serves on the National Board of the Fullbright Association.

Tom Cole is a fifth generation Oklahoman and an enrolled member of the Chickasaw Nation. He is currently one of only two Native Americans serving in Congress. He was awarded the Congressional Leadership award by the National Congress of American Indians in 2007 and 2011 and was inducted in the Chickasaw Hall of Fame in 2004. Cole’s late mother, Helen, is also a member of the Chickasaw Hall of Fame and served as a state representative, state senator and Mayor of Moore in her native state of Oklahoma. Cole’s late father, John, served twenty years in the United States Air Force and worked an additional two decades as a civilian federal employee at Tinker Air Force Base. Tom and his wife, Ellen, have one son, Mason, and reside in Moore, Oklahoma.

Tom has an A rating with the NRA and has been proud to stand strong for our second amendment rights. Tom has been invaluable, fighting against the Far-Left’s agenda in the House of Representatives to weaken the God-given and constitutionally protected right of every American to be able to protect themselves and their families.

Oklahomans know very well the importance that the state plays in keeping our nation safe. From protecting our military installations from cuts and continuing to work to add missions, to continually winning pay raises for our military men and women, Tom fights every day for those in uniform and the state of Oklahoma.

Tom also believes in keeping defense spending prioritized to meet the ever-increasing threats of near-peer adversaries in China and Russia. Tom will work every day to make sure we have a military that is the best equipped and best led in the world.

Furthermore, Tom also opposes the disastrous Iran Deal that has allowed Iran to grow their efforts in backing radical Islamic terrorists without true checks on their nuclear programs.

Tom successfully fought to end the oil export ban and continues to fight for American Energy Independence and Oklahoma’s economy by standing up to Far-Left Democrats who want to put hardworking Oklahomans out of work and place an estimated $65,000 per family tax burden on families with the Green New Deal.

Tom has a 100% rating from the National Right to Life Committee, An A+ Rating from the Susan B. Anthony List, and has always fought to protect the unborn. Even before videos uncovered the heinous actions of Planned Parenthood, Tom took action to completely eliminate federal funding for family planning that funds groups such as Planned Parenthood. Tom also cosponsored the Defund Planned Parenthood Act of 2015 and helped secure passage of the Pain-Capable Unborn Child Protection Act, which bans abortion after 20 weeks. Tom also cosponsored the Health Care Conscience Rights Act, which protects individual’s religious liberties and allows companies such as Hobby Lobby to refuse to participate in healthcare plans that fund abortion.

Currently, Tom, with other House Republicans, are standing strong against the Biden Administration in protecting the Hyde Amendment which has prevented taxpayer funding of Abortion for decades.

While dealing with the COVID-19 pandemic placed the country in a position to spend trillions of dollars to protect the economy, develop vaccines in the most comprehensive public/private partnership since World War II with Project Warp Speed, and protect families, Tom believes we must look at addressing our national debt.

Tom has voted every year for the lowest proposed budget, and will continue to stand strong against the insane spending programs from the Biden Administration such as the American Jobs Plan, the American Families Plan, and other trillion dollar spending programs that set America on course for ever increasing deficits and debt future generations of Americans will be hurt by.

Tom has long been a strong supporter of our veterans. The son of an Air Force veteran, he has been honored by the Oklahoma Veterans Council and the VFW of Oklahoma for his work to advance the care and quality of life for Oklahoma veterans and their families. When reports emerged of severe mismanagement at the Department of Veterans Affairs, Tom helped win an additional 10% increase in funding for veterans’ health and services.

Tom has always believed that border security is the most important component of our immigration policy. Tom voted in favor of the Secure Fence Act of 2006 and supported President Trump’s efforts to build the wall to help stem the tide of illegal immigration, drugs, and human trafficking.

The Biden administration’s crisis on the border points clearly to Far-Left liberal policies exacerbating our issues on our southern border and Tom will stand strong every day for a safe, humane, and secure border.

Tom continues to fight for policies that allow the private sector to flourish. The best way for government to create jobs is to get out of the way and let American ingenuity and entrepreneurship thrive. Far too often, there is a disconnect between Washington bureaucrats and the real world, leading to job-stifling regulations that provide little, if any, benefit to Americans. Oklahomans know how to get our economy growing again. It takes a smaller, less intrusive government, cutting burdensome red tape, lowering taxes and stopping out-of-control spending and that’s what Tom is fighting for every day in Washington.